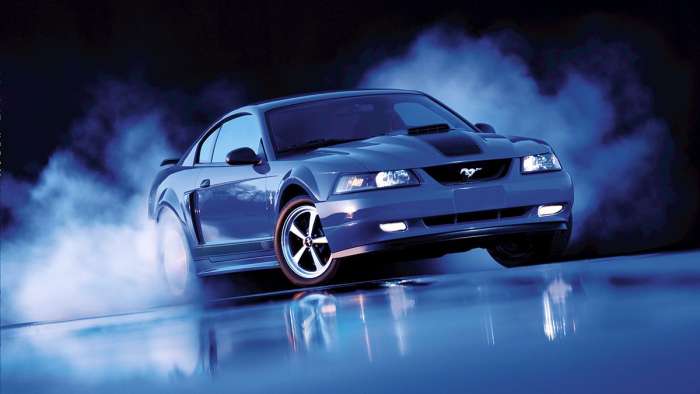 The 2003 Ford Mustang Mach 1 followed the success of the 2001 Bullitt Mustang. This “living legend” heritage Mustang was popular the last time it was seen on the road. And if rumors hold true, it will once again replace the Bullitt.
Advertisement

As I first reported in December, a new Mustang Mach 1 is coming, with an expected model year of 2021. Details have yet to be released. Ford will stop production of the Bullitt Mustang after this model year. And similarly to when Ford stopped production of the 2001 Bullitt, they created a new Mach 1. So history once again repeats itself in a wonderful way. And if this next generation Mach 1 is anything like the 2003 version with more modern flare and even more powerful engineering, then it could become an instant classic.

Looking back at the 2003 Ford Mustang Mach 1
2003 was the year Ford reintroduced the legendary Mach 1 name on a Mustang. It resonated with Mustang enthusiasts and collectors as it had modern looks, but also had hints of the first-generation Mach 1 from 1969. 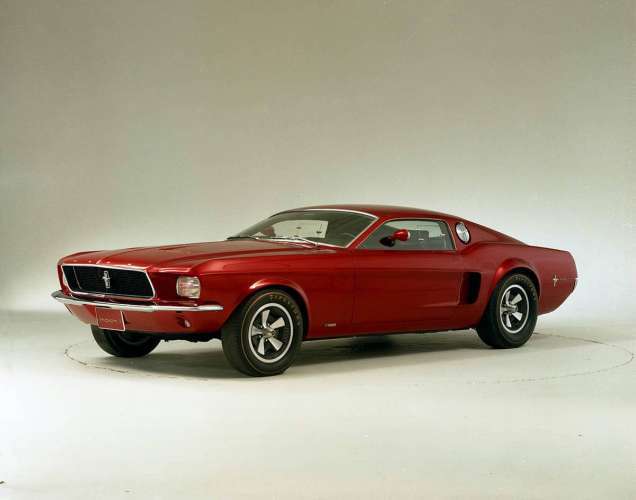 The “shaker” hood scoop harkened back to the original Mach 1 and looked so aggressive. Other design cues to the original legendary Mach 1 that were noticeable on the 2003 version included black hood stripe, front air-dam extension, black spoiler and Mach 1 rocker panels. Additionally the prototypical iconic side scoops dominated the design along with five-spoke wheels.

For 2003, the Mustang Mach 1 had some classic colors too including Oxford White, Torch Red, Zinc Yellow and Azure Blue.

But what muscle car would be complete without a powerful engine? In fact, as I wrote about, the Mustang itself is sometimes a muscle car and sometimes a sports car. The Mach 1 is most definitely a muscle car. And the 2003 Mach 1 had a 4.6-liter V8 engine that made 305 horsepower (at 5,800 rpm) and 320 lbs.-ft. of torque (at 4,200 rpm). The DOHC modular engine was originally developed for the SVT Cobra and had a cast-aluminum intake manifold and a compression of 10.1:1. It even had special Mach 1 mufflers that had a special tune that really growled and appealed to the Mustang enthusiasts and purists.

We can only hope the next gen Mustang Mach 1 will have such a great sound too!

How Many 2003 Mustang Mach 1 Were Sold?
Available as a coupe only, there were a total 7,182 Mach 1 Mustangs sold in 2003 with Torch Red the most popular color followed by Azure Blue and then Black. Only 814 Oxford White versions were sold, making this the most collectible of the Mach 1s of that model year. By 2004, Ford discontinued the Mach 1 to make way for the new fifth-generation Mustang platform.

It will generate much excitement in the Mustang world when the Mach 1 once again re-emerges from some time off. Surely a 2021 version will be an immediate hit with enthusiasts and collectors, just as the Bullitt was and just as the previous generation Mach 1s have resonated well. For those worried that the Mustang was going to lose its way after the Mach-E, faith is renewed, and Ford will once again reinvigorate the brand with some muscle and heritage.

DeanMcManis wrote on February 11, 2020 - 6:17pm Permalink
From a marketing perspective it makes total sense because they are now coming out with the Mach E that they have tied to the Mustang. And then to have a specialty Mustang clock in below the Shelby models but above the GT, Mach 1 is a solid name. For the new Bullitt they added the iconic green paint and torque trust wheels and some other trim bits, plus an extra 20HP. Hopefully the Mach 1 will be more than an appearance package.
Jimmy Dinsmore wrote on February 13, 2020 - 3:07pm Permalink
I think it's vital to the Mustang brand that Ford give attention to the heritage end and play up cars like the Mach 1 as it will excite the enthusiasts. Believe it or not, but the "boomers" have kids and they're raising them to love and appreciate muscle cars and pony cars, not the Mach E.