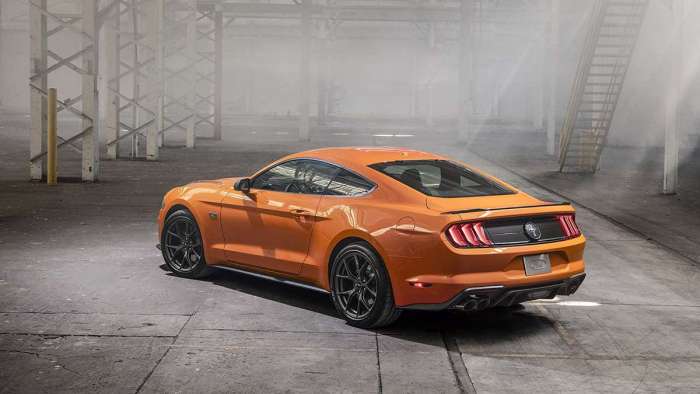 The Ford Mustang was the original pony car there's no question about that. And in its early beginnings it was easier to categorize than it is now. Today’s Mustang can be called a muscle car, a pony car, a sports car but can also unquestionably be called an icon.
Advertisement

One of the most tiresome, circular arguments I get in with my smart and intelligent readers is when I call the Ford Mustang a muscle car. Several smarty-pants (and I use that term affectionately) chime in and say well the Mustang isn’t technically a muscle car, you know. Yeah, yeah, I know. But if you poll the average (non-enthusiast) and ask what kind of car the Mustang is, they’ll likely say either muscle car or sports car. And the fact is, it’s not either technically, and yet it also sort of is. Confused yet? Let’s take a look closer and see if we can nail it all down.

Is the Ford Mustang a Muscle Car?

Loosely defined, a muscle car is an American car with rear-wheel drive fitted with a powerful (V8) engine. Most car historians trace the first muscle car back to 1949 with the Oldsmobile Rocket. This car was fast (for its time) with a V8 engine dropped into it. While the Mustang early on had a V8 engine in it (289 HiPo) many would say the Mustang didn’t become a muscle car until 428 Cobra Jet was introduced in 1968. That plus the Shelby modifications really put the Mustang on the map when it came to performance. And really, the late 1960s Mustangs were muscle cars by this definition. But as the Mustang evolved through the years, it lost its muscle, and didn’t really get back into that conversation until introduction of the 5.0 engine during the Fox Body era. Then it once again became a darling of the performance and muscle car enthusiasts.

Today, the purists (the aforementioned know-it-alls) will say that the Dodge Challenger is the last remaining true muscle car. And by those narrow definitions they’re technically correct. Although, today’s Mustang GT350 and GT500 have plenty of power and performance. With the independent rear suspensions of today’s Mustang GTs many would consider them a sports car rather than a muscle car. But if you want to call them a muscle car, I won’t split hairs and argue with you.

What Exactly Is A Pony Car?

Let’s be clear. The Ford Mustang is the original pony car. It created a new segment in the automotive industry. And throughout its rich history, year after year, for more than 55 years now, the Ford Mustang is a pony car. That has never changed. A pony car, by definition, is a low-slung highly stylized coupe or convertible with a long hood and short deck. That loose definition best describes the Mustang as it was designed originally by Gale Halderman and still applies today. The Chevy Camaro and Dodge Challenger are also pony cars. And these rivals have competed against each other for decades, with Ford coming out on top most years, including the last several years. Pony cars aren’t dependent on their engine performance; thus today’s Ecoboost Mustangs qualify as pony cars, but not as muscle cars. Small block V8s, big block V8s or six or even four-cylinder engines all qualify for the pony car category.

So, for simplicity purposes, all Mustangs are pony cars, plain and simple. There’s no disputing that.

Is a Ford Mustang A Sports Car?

The definition of a sports car is more generic, but some sports car characteristics certainly apply to today’s Mustang and even some of the 1960s era Shelby Mustangs too. They’re meant to be sleek, and performance oriented with aerodynamic designs and engineered as such. Sports cars combine sleek looks with high-power engines. Obviously, the Mustang fits into nicely. As noted, today’s Ford GTs most closely fit into the sports car category and compete against the likes the Corvette more than the Camaro.

So, for me, the Ford Mustang GT is a sports car, and honestly if you want to call some of the high-power Mustang coupes and convertibles of modern era a sports car, I won’t bicker with you about it. There are even many publications that throw the Mustang into the sports car ranking when doing comparisons. The easiest way to differentiate a sports car from a muscle car is in the handling. Muscle cars, like the Dodge Challenger are all about straight away, raw power and focus less on handling. 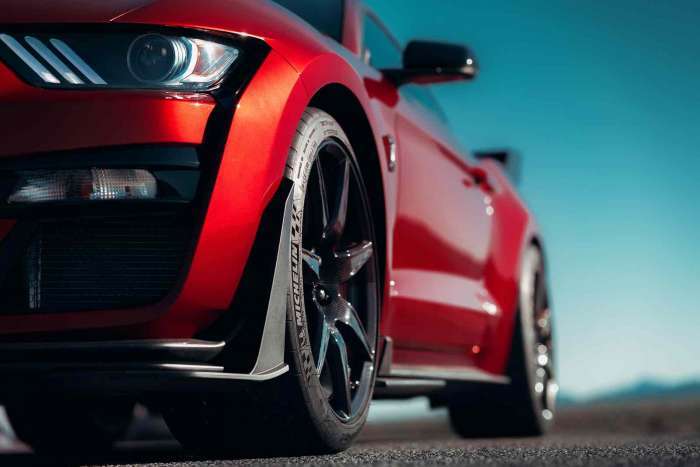 A sports car, like the Chevy Corvette or the Mustang GT would do well cornering on a track, thus they qualify as sports cars.

So this hopefully clears up the debate, but likely just muddied the waters more. To summarize, all Mustangs are pony cars. Some Mustangs are muscle cars. And some Mustangs are sports cars. But all Ford Mustangs are iconic (except for the Mach-E). You know I had to get that jab in about the four-wheel drive, crossover pretending to be a Mustang.

See you in my next story discussing how much muscle the four cylinder Ford Mustang has.