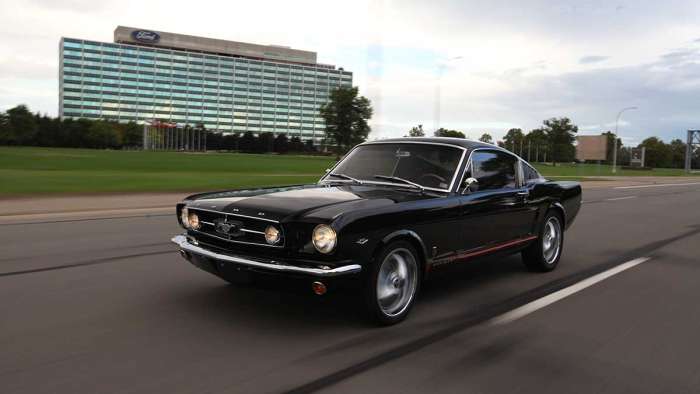 Are Millennials Moving Away From Mustang? Think Again

Millennial Mustang President says: “The Mustang created the hobby, the hobby did not create the Mustang.”
Advertisement

There has been some divide in the Mustang community, a lot of it among different generations. A lot of the “old timers”, those who were original owners of the first-year Mustangs, who were fans from the beginning (April 1964) and who have passed that love and passion down to other generations, have felt like they’re being pushed aside. They feel that the Mustang heritage is being diminished. The younger generation seems to be the ones Ford is wooing and focusing attention on. Indeed, the Mustang’s future rests in the hands of the millennials. Do they still hold the Mustang in high regard? Do they want a pony car or do they want an electrified crossover? Do they even care? 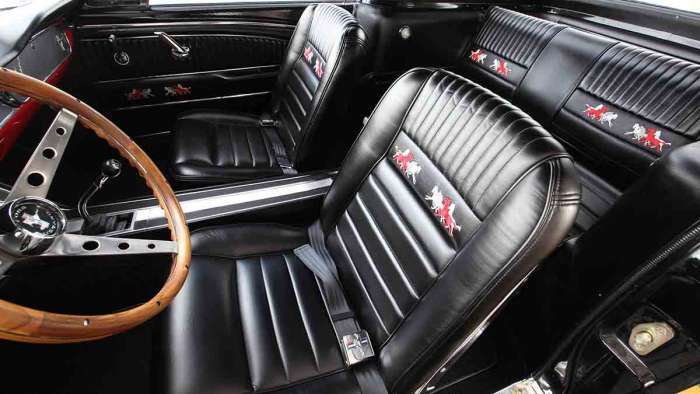 What first attracted you to the Mustang?
I grew up in the back seat of my dad's 1969 Mustang convertible, and that is where my love of the car started. When I was 12, I asked my dad what my Mustang was going to be. We agreed to restore one together as long as I did as much of the work as possible and paid for half of the car and half of everything we did to it.

And why a first-generation instead of one from your generation?
Since I grew up in my dad's '69, the classics were what I thought of when someone said "Mustang". I fell in love with them at a very young age and it just grew from there. When my dad and I decided to restore one together, he gave me his Mustang book and told me to choose whichever year and body style I liked the best. I fell in love with the look of the 1965 Fastback GTs, so that is what we decided to restore together.

Do you like the current year Mustangs or are you all about the older generation?
I love all Mustangs. My favorites are the first generations, but I love them all.

What can Ford do to attract the millennials and a younger buyer?
I think that many of the things Ford is doing currently are attracting younger buyers already. The FordPass app is already one important way that younger generations are being encouraged to go with Ford. Since most Millennials always have their phones on them, this app is a great way to help improve people's interactions with their vehicles. Another key aspect of the Millennial generation is that everyone wants to be unique. Mustangs are so customizable, and it really speaks to that unique nature in each person. People are able to express themselves through their cars and make them exactly what they want. One of the key issues to the car industry currently is cost. At this point in time, most Millennials aren't able to buy a new car due to paying tuition bills and starting a family combined with the high price of vehicles. Originally, Mustangs were affordable to almost anyone since they came with so few options. One way Ford may be able to attract younger buyers is to offer a stripped-down version of some of their products to help reduce cost. This would allow them to sell the car for less so that Millennials could afford it.

Tell me about your car.
My Mustang is a 1965 Ford Mustang Fastback GT that my dad and I spent four and a half years restoring with the help of several local retirees that were willing to teach me. It is painted black with a red GT stripe and a custom ultra-leather interior. The interior is designed to resemble the original pony style seats, but mine has embroidered ponies instead of embossed. The engine is a 289 V8 that I rebuilt with an upgraded CAM shaft, a medium-rise intake, Holley carburetor, and ceramic-coated shorty headers. The exhaust is a Flowmaster Delta Flow 40 Series. In addition to all of that work, we did a lot of subtle body modifications to help improve the overall fit and finish of the car. (This is some of the specs. If you want any stories or memories from the build just let me know.)

What does the future hold for the Mustang?
Nobody really knows what the future holds, so it is difficult to say what the future of Mustang looks like. There are several different factors influencing Mustang right now, and we just have to wait and see where things go. I think one of the key factors in ensuring that Mustang continues on into the future is to pass on the love of the car to future generations. It is our job as enthusiasts to teach the younger generations the love of cars so that we can ensure the survival of the vehicles we all love. One key thing that I tell people all the time is if you wait to teach the love of cars until someone has their driver's license then it is too late. My love for the Mustang started the moment I was born. Some of my earliest memories are in the back seat of my dad's Mustang. If we want to pass this love down to the next generation it has to start with the little kids. Teach them the love of Mustang by letting kids sit in your car at shows or taking your neighbor's kids on a ride. Creating car guys from a young age is the only way to ensure that the Mustang will continue on well after we are all done driving.

Weigh in on the Mach E controversy? Do you have a problem with using the name on a crossover? If not, why?
As the President of the Millennial Mustang Registry, I was given the unique opportunity to attend the launch of the new Ford Mustang Mach E in Los Angeles, California. Being able to attend the event provided me with a unique perspective on this new product. When I arrived at the event, I came in with many of the same thoughts and doubts as everyone else. I had seen the renderings, the spy photos, and all of the speculations surrounding the car. I came in expecting to dislike what would come driving across the stage, but I was very pleasantly surprised.

The biggest thing I have to say about the car is that pictures do not do it justice. I was quite impressed by the lines of the car, the power behind it, and the other little features that make the Mach E unique. At the launch, I was able to take a ride in one of the prototype models, and it was actually very impressive. It was smooth, quick, agile, and it even had a throaty sound in “Unbridled” mode. Overall, I think Ford did a really great job on this car, and I believe that there is a place for it in the market with or without the Mustang logo.With all of that being said, I still think that the Mustang should remain true to its heritage and remain a two-door car, but that is not for any of us to decide.

Personally, I do not have a problem with it being electric. Electric cars are the future, and we want the Mustang to still be around in another fifty-five years! When I asked a friend of mine what his thoughts were, he said, “The Mustang created the hobby, the hobby did not create the Mustang.” The car we all know and love has been designed, redesigned, engineered, and reengineered by Ford many times, and so far they have been right every time. Change can be difficult, and it can be scary, but I trust the people at Ford to make the right decisions when it comes to the Mustang brand. There are some really amazing people working on this project that truly know and understand what a Mustang is, and I am confident that they know what they are doing.

See you in my next story discussing the latest 2020 Heritage Edition Shelby Mustang GT350R.

Robert Stiles wrote on December 19, 2019 - 2:24pm Permalink
I am one of the “Old” fossils that have had a Mustang since the beginning. I still own 4 and have owned a representative sample of each generation including a new S550GT. If the “Mach e” is to be please let it stay in the original format. A crossover SUV could claim Mustang “Heritage” but please call it something else. The “mazstang” debacle that resulted in the “Probe” should have been a life lesson for those at Ford... DON’T MESS WITH SUCCESS! I would rather see the name die than be demeaned in this way. My two cents!