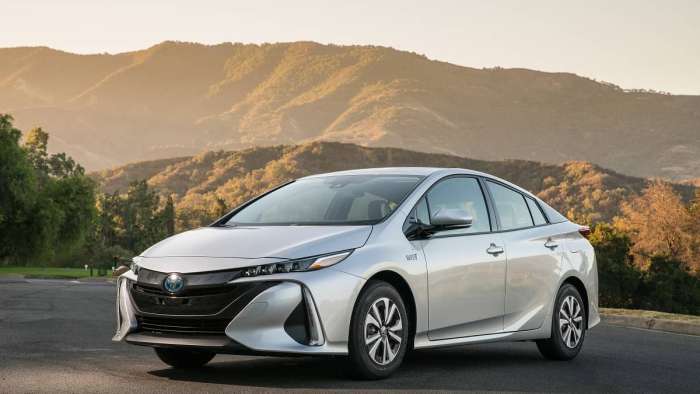 5 Reasons You Should Acquire A Toyota Prius Prime

I never in a million years thought I would be a Prius owner. Now that I own one, it has drastically changed the way that I view them. Recently, I was at a hybrid training and was able to spend time with all generation of the Toyota Prius. When I was able to finally spend time with Prime, it was love at first sight. Here are 5 reasons you should not pass up
Advertisement

As I was zipping past a second generation Chevy Volt today, I had a thought that came to me. Toyota Prius is the original hybrid. That is a bold statement for sure. Through developing Prius, Toyota has given not only the consumer's new and interesting technology, but other car manufacturers have benefitted from this as well.

We have seen remarkable technology such as Insulated Gate Bi-polar Transistors, Boost Inverters, and much more. So I guess the question I asked myself when I fell in love with Prius Prime, is what could it possibly have to offer me that it has not already given. The answer came in 5 simple things that may seem meaningless to some, but to me they are luxuries that I can no longer live without.

Toyota Prius Has an Exciting Infotainment

I hate entune. With every fiber of my being, it literally has been in my top 3 most loathed infotainment interfaces right next to whatever Dodge puts in the Caravan. The crazy part is that with all the advances in electronics it just cannot be that hard for a company like Toyota to call up their buddies and ask for something that is not from 1993. At least we would think. As easy a solution as that seems, it just has not happened, until today.

Prius Prime is sporting some super neat features including Apple car play and Android. Along with more modern and less cumbersome features that used to plague every Toyota, Lexus and Scion (RIP Scion, it was a good ride man.) Even more impressive though is that Toyota finally got it together and added things like Amazon Alexa, Sirius XM (that was a given already) as standard features. This make Prius Prime, feel ultra modern and fresh. I simply love that we are getting things we want out of this car, after 20 years. The high end model also sports a Telsa-Esque large center display that is sure to satisfy any techno geek.

Keeping The Sun Out

This is going to sound super trivial and odd but the sun visor extender is one of my favorite things about Prius Prime. I have despised how I can never seem keep the sun out with the visors that are put into almost any car. As I messed around with the ones in Prime, it was clear some engineer had the exact feeling I had when the sun pierced through the only not covered crack and burned out my retinas.

This little bit of mindless technology would instantly land me a Prime in my garage (if I had one). This really proves an interesting point as well. Toyota is making Prius with more rewarding features that will help keep it in the number 1 spot for the original hybrid. Well played out Toyota, well played.

I am very picky about interior colors and design. I have flexed a little on the way that Toyota designs interior just because my practical brain takes over when I realize how much better Prius is than any other hybrid out there. So, the bland interior has been an issue with me in the past, but not anymore. 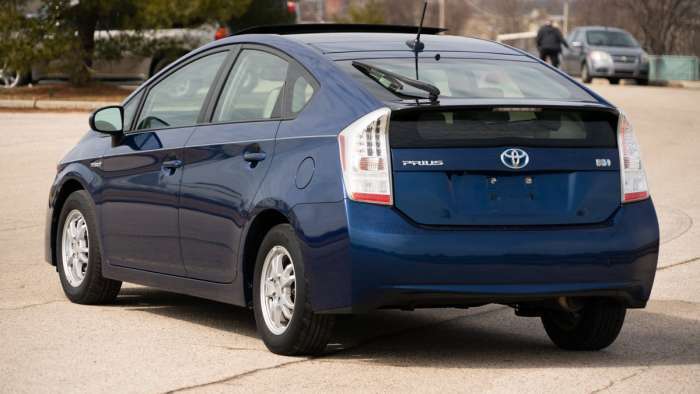 The refreshed black interior is very attractive. It is like a little black dress, it is sleek and desirable to the eye and really makes you want it. Black feels clean, mature, aged well, and educated, it feels like it should. All of those things accurately describe how Prius has come to be over time. It is the big brother or sister (your choice) to all the other hybrids out there, and thank goodness for good role models.

There Is Room For One More

My 2007 Prius could squish 5 people in it, but honestly who would want that. Plus there is not a 5th seat belt so I am pretty sure that is illegal. Prime now has the option (for those daring enough) to have 5 passengers, and to secure them in with the proper gear. A quick trip across town to a movie with some friends may be all you can take, but it does beat taking separate cars when you have that "5th wheel" person in your group.

Surprising as this may seem, it is nice to have that option when you need it, it just plain sucks when you are crammed in and then get pulled over for whatever reason only to have one person get nailed for a safety violation. Excellent work Toyota, I think more people will find this feature on Prius Prime a much needed option when it comes time to use it.

Get To The Charger

Our technological vices have only gotten worse. The Backstreet Boys would have for sure driven a Prius Prime to utilize this awesome addition. USB chargers. Yeah it is nothing new, but it is the fact that there are more than just one. Keeping the children at bay on a longer road trip, or just needing a quick boost is now so much easier. Although would they have written "gotta go", had they been able to charge their phone when needed? I guess we will never know.

Though tiny and almost not noticeable these things make the Toyota Prius Prime a class leader. As an older sibling should be, we have a great example of what a little innovation can do for us.

Gasbag wrote on July 27, 2019 - 11:03am Permalink
....so what tech did they add? Was it the non-bland interior? A 5th seat belt? An extendable sun visor? Must be the extra USB port or something about an infotainment system.
Dave Deeker wrote on July 27, 2019 - 6:45pm Permalink
They are known as bus bars not bust bars.
NewPrimeOwner wrote on July 28, 2019 - 12:41am Permalink
Android? Prius prime doesn't support Android auto - only Apple carplay. Please correct your article.
Tom wrote on July 28, 2019 - 9:22am Permalink
Actually, it was the 1999 Honda Insight that was the first widely marketed hybrid in the US.
Allen Rosen wrote on July 28, 2019 - 12:33pm Permalink
Seriously... That is all you have to tell us? So Toyota is now on part with other cars and that is why I should buy one? How is the drive? How is the engine? Is there still lackluster performance? Or does apple car play and a black interior make up for all of that. Also, I'm not sure what you were driving, but my gen 2 Prius has seating for 5 and 5 seat belts... Just saying...
Bruce wrote on July 30, 2019 - 4:17pm Permalink
Yes, but BORING colors. Mostly monochromatic. White, gray, dark grey, black. The blue and red are too loud. What about a nice green or burgundy.
Gary wrote on August 3, 2019 - 6:22pm Permalink
As of today (August 3, 2019) the Toyota Prius Prime page still does not list "Android Auto", any idea of how soon it might be made available ? Also, for those with Prius Primes already bought without "Android Auto" I assume that their cars can later be retrofitted with "Android Auto" simply by a software update when available, correct ? Thanks !
Dffgyyggggg wrote on January 18, 2020 - 1:39am Permalink
What about no spare tire