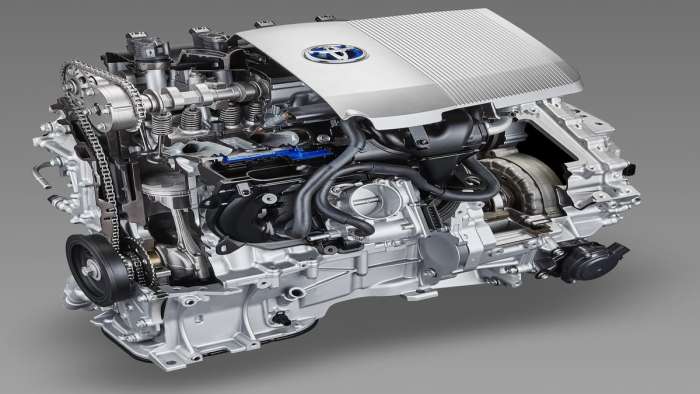 The Toyota Prius is widely known for excellent fuel economy. It has improved over the generations to become more efficient with utilizing the energy stored to keep the fuel consumption to a minimum. Now, however, there is a new kid in town, and this new tech is SIC. Promising increased energy efficiency to improve electric mileage for even better MPG.
Advertisement

The Toyota Prius has been and continues to be a world class leader in technology and fuel efficiency. Blending both gasoline and electric vehicle together to give us a fuel supping, fun to drive, space age vehicle. Prius has given us so many new and exciting technologies and most of them we do not even really see or know about in our daily lives.

I have discussed before why Prius is such a neat car (my own fact based opinion) but I want to get into a piece of tech. Most people know nothing about it and how much improvement it has gone through to bring you a better, more electrically efficient Prius. This then would translate into better miles per gallon.

When Toyota created the Prius back in 1993, technology had not quite caught up to the vision of what this car was intended for. Once of the hurdles that Toyota faced was to be able to use and recapture electrical energy at an alarming rate. We are talking about lots of electrical power that can turn a motor fast enough to accelerate and keep up with all the other vehicles on the road.

The technology that was developed what the Insulated Gate Bi-Polar Transistor. This semiconductor device primarily used as an electronic switch, was developed, to combine high efficiency and fast switching. This invention made Toyota Prius possible.

The reason this is such a big deal is until then, there was not a device that could allow electricity in higher currents to be stored in a place like a battery at a faster rate. IGBT allowed this to happen. This means when you are accelerating in your Prius, you are taking stored energy and pushing to an electric motor to turn the wheels and make you go. Then as you decelerate or take your foot off the pedal the motors then need to act as generators to store that energy. Regular transistors would never have been able to do this, and without IGBT there would be no inverter/converter and that would mean no Prius.

There is a problem with IGBT though, they still are not as efficient as they could be. The typical 1st through 4th generation Prius that uses IGBT loses some of the energy it is recovering during regeneration to heat. In fact, about 420 watts of heat are lost due to this process. It means that heat, being energy that is not used means your vehicle is less efficient. This is one major reason Prius is more efficient during braking, because we are not losing so much energy to heat from the brakes.

Toyota knows about this, and while they cannot be credited with the invention of the new tech, they sure are wanting to get their hot little hands on it. What is it you say? Keep reading.

This SiC new technology has been around for quite some time, but was not used in automotive applications until Telsa Motors came around and starting upsetting the industry. The benefits of SiC are that it has way better thermal conductivity which means that it has a lot less heat loss. In that, it is more efficient, it also can switch faster than IGBT making it a superior component to put inside the Prius of the future.

Remember how I said that the inverter/converter was not as efficient because of the heat loss of the IGBT? Well instead of 420w of heat being lost, we have more like 105w lost. That is a 75% efficiency increase, which a massive deal. That means we can safely store more energy back into the high voltage battery for use later on when we need it.

I am glad that we are building a better space ship, and the first gen Prius was like the Apollo back in the day. Crude and rudimentary but it got the job done. We have learned a ton about efficiency, battery tech and a plethora of other things from doing all this. All for better fuel economy and reduced emissions from the tail pipe. We can expect Prius to get better in all these areas plus give us better range on pure electric stored energy. Just one more reason that the Toyota Prius is better than a lot of other options on the road today.

L Wayne STOVER wrote on July 18, 2019 - 1:08am Permalink
None at the present time
ERIC LANCE GOLD wrote on July 18, 2019 - 10:42am Permalink
"The benefits of SiC are that it has way better thermal conductivity which means that it has a lot less heat loss" **ahem**
ERIC LANCE GOLD wrote on July 18, 2019 - 10:48am Permalink
IF e.g the average power running through the IGBT is 11 kW and 400 watt are lost to heat then the efficiency is 11.6/12 = 96.6%. The SIC efficiency is 11.9/12 = 99% This works out to be a 2.5% overall efficiency improvement in fuel economy. Tesla adopted the Tech early because it is a BEV and higher power is flowing through the inverter so the efficiency gains are correspondingly higher.
Bob Buckaloo wrote on July 18, 2019 - 12:04pm Permalink
LOL what a Prius kool-aid drinkier. Fun to drive? Not hardly. Space age? More like hideous.
David Plantenga wrote on July 19, 2019 - 6:32am Permalink
With a post like yours, it is very revealing you have not owned a Prius. Buy one, I'll bet you like it ...
John lawrence wrote on July 18, 2019 - 1:17pm Permalink
Does this SiC Igbt power module also utilize the higher performing AlSiC baseplate ?
Tom Shubert wrote on July 18, 2019 - 3:20pm Permalink
Frankly the TITLE of this article is misleading. "New Tech Means More MPG From Your Toyota Prius" is false. Unless you tell me where and how I can put this "New Tech" into my existing Prius, it is simply theoretical hype and clickbait. An honest title would be: "New Tech Could Mean More MPG for Toyota Prius of the Future"
Dennis Melvin wrote on July 19, 2019 - 3:46pm Permalink
I now have 47000 on my 2017 prime. Toyota has been sand bagging information about this car and for good reason. First let me explain what two of us are getting for mileage in our units. 65 plus every day except gold weather. How, set it on follow on secondary roads and follow whomever in front of you and free energy abounds. Every time they let off the accelerator or tap there brake the Prius reacts and puts that energy right back in the battery! I stepped out of the car the other day from a trip to a local wall mart and it was 86.4 which is not unusual on secondary roads! Not much has been said about this but it’s real people. Some of you energy natzies are wrong! Go find out for yourself.
Daniel Gleason wrote on July 18, 2019 - 5:04pm Permalink
Look forward to your updates as they become available.
Jean-Paul Estivie wrote on July 18, 2019 - 7:00pm Permalink
What is the e-mail address of Peter Neilson? I need it for sending some drawings about the "Power Split Drive" of the Prius car. These 3D drawings were not published until now. Waiting for this address. Jean-Paul ESTIVIE 147 rue de Tolbiac 75013-PARIS (France)
Armen Hareyan wrote on July 18, 2019 - 8:22pm Permalink
Hello Jean-Paul. You can send it using TorqueNews' Contact page and mention it's for Peter Neilson. We will forward it to him. Thank you for the tip.