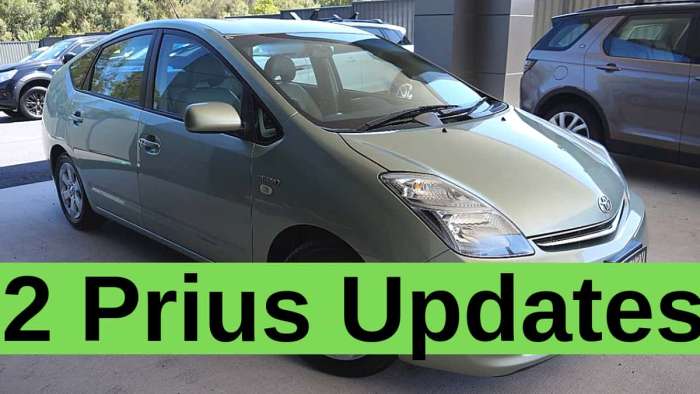 I love my Prius, and if you ask just about any Prius owner they will tell you the same thing. When I first got my 2007 Toyota Prius touring edition on the road I could not wait to get going on a road trip and start saving buku bucks. There was an issue though, one I did not anticipate would drive me crazy.
Advertisement

Back in 2007 before smartphones really started to take off big time, car manufacturers were still installing audio system with CD players, and some higher end models had the ability to hook up an iPod through an auxiliary cable (or aux cable for you millenials). This meant that I either had to dig out my old 5th gen Ipod and hope it still worked (the battery was toast by the way) or use CDs, no thanks. I bought a Toyota Prius to have a good time with, not spend time trying to figure out what album would “take me back."

Something had to be done, and luckily for me, and all of you readers there are some fantastic, and inexpensive solutions for your Toyota Prius. 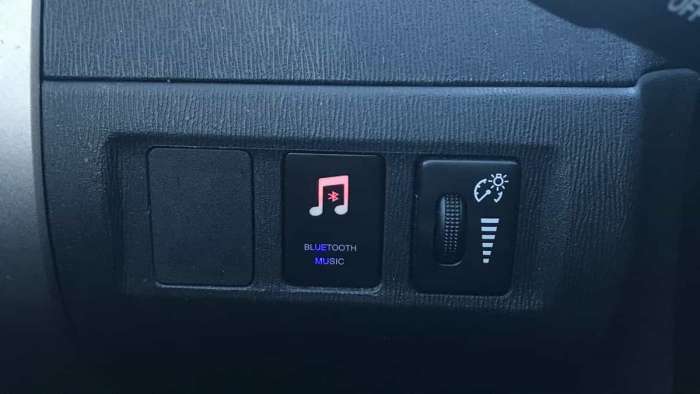 If you are anything like me, then you must enjoy getting in your car, turning on Spotify, Pandora or whatever music interface you choose and selecting a prefabricated set of songs or channels to play to your heart's content. 2004 to 2009 Toyota Prius did have on some trim packages available bluetooth but only for phone calls. This means that if you wanted to stream anything else, you were pretty much out of luck. Until today.

My touring edition Prius came with the infamous aux port which with a little research landed me a really cool interface module available here on Amazon. It is super simple to install and you can keep the factory look and feel of the Prius but just update it a little bit. It works incredibly well, and anyone with a little time on their hands can install it. I first had mine inside the center console where the aux port is, but moved it up to the dash where it was more accessible. $26 bucks, a couple hours for a custom install, and bam, I am streaming my favorite meditation music while zipping around town at a cool 45 to 50 mpg. 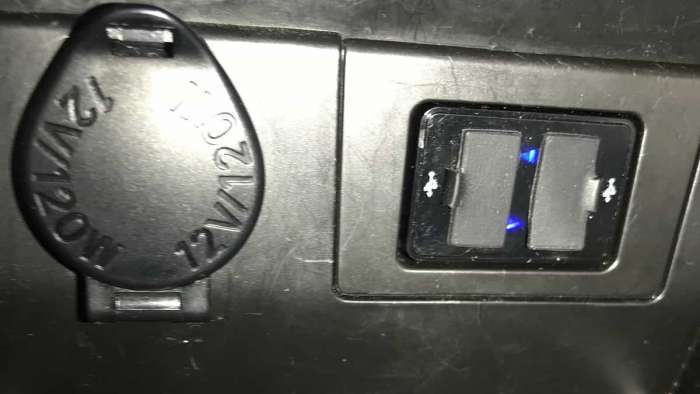 Anyone who owns a cell phone, tablet or both knows that running on low battery means the end of your life as you currently know it. I love renting new cars because of the ability to plug my phone in and charge it while I utilize other things such as maps, and Amazon music. While this update does not offer either of those two things, it does offer the most critical one, charging (speaking of batteries: read about 5 battery technologies that are influencing Toyota Prius Hybrid and EVs).

This nifty little USB wire in charge port is also, like the previous update, a very easy install. Best part is it fits tight in the factory hole as if it were meant to be there all along, genius. The charger, found here, is also inexpensive and boasts a 1.2 amp (phones) and a 2.1 amp (tablets) charging port. For less than $40 bucks I can update my 12 year old Toyota Prius to make it feel like a modern one. Game changer for sure.

I hope this bit of great info finds you well and that you too can benefit from these small updates. The Toyota Prius is meant to be loved and cherished, so why not do that in style?

Look out for more updates from us here at TorqueNews.com and also other articles on your Prius. See you in the next story where I am discussing the 3 top best tries for Toyota Prius owners.

Make A Toyota Prius Hybrid Battery Last Past 350,000 Miles Performing Your Own Replacement and Click to Subscribe to Torque News Youtube Channel for Daily EV and Automotive Analysis.

Peter Neilson is automotive consultant specializing in electric cars and hybrid battery technologies. He is an automotive technology instructor at Columbia Basin College. He holds a Bachelor of Science in Automotive Service Technology from Weber State University. Peter can be reache on Linkedin and at Certified Consulting.