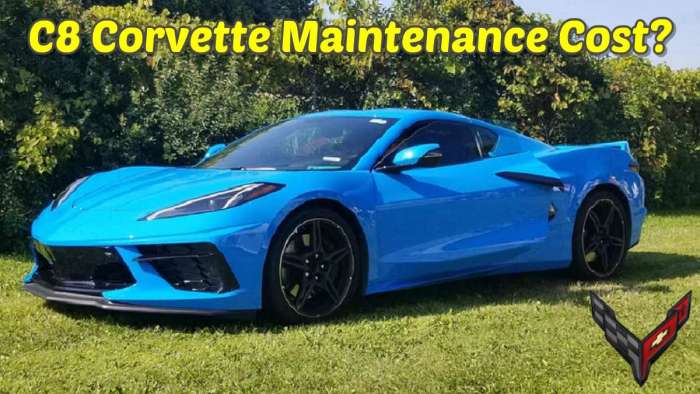 As you may or may not have heard the C8 Corvette is here and some have been worried about the cost of maintenance due to the fact this is a mid engine car but fear not, the latest round of images seem to suggest a DIY approach to oil changes.
Advertisement

I don't think I've ever seen a car draw as much attention or create as much hype as the C8 Corvette seems to be. Every time I read something new I'm more and more blown away at the marvel that is the C8 Corvette. The only drawback of the brand new Corvette is the fact that mid engine cars are typically more costly to maintain.

A lot of the service on a car with the engine in the rear requires an "engine out" procedure which is exactly what it sounds like. The engine would have to be dropped out to do some otherwise simple maintenance. Luckily, this isn't the case for the C8 Corvette.

The 2020 C8 Corvette Has Access Holes For Oil Changes

Yup. You read that right. There were recently some pictures taken of the underside of the C8 that seem to suggest a pretty easy oil change procedure. For the most part, the underside is all covered up with aero panels to keep drag and turbulent air to a minimum but that added to the fact that this is a mid engine car usually means certain things are closed off to the end user. Thankfully it looks like there is a cutout for the oil filter and possibly the drain plug as well which would prevent you from having to remove all of that under paneling to just do a simple oil change. This also means that at least one of the cars maintenance items can still be done in your garage and that's fantastic. These under panels also help aid in better fuel economy and while I know no one buys their Corvettes for Prius like fuel economy it is still nice to see they are squeezing every last possible drop out of this 6.2L V8. 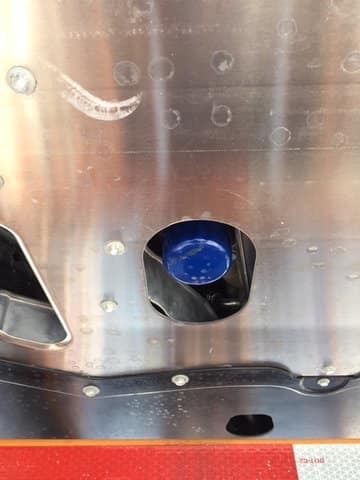 The undercarriage paneling of the C8 Corvette has access holes for the oil filter as well as the oil drain plug(s) to give the owner the ability to change the oil himself and those who aren't familiar with the mid engine rigamarole are probably saying "why is that a big deal?" Well, because there are some mid engine cars (we're looking at you McLaren) that don't allow the owner to even access the engine bay much less change their own oil. This means an expensive trip to the dealership to have them do simple maintenance. In short, it's a fantastic win for anyone interested in a mid engine Corvette. 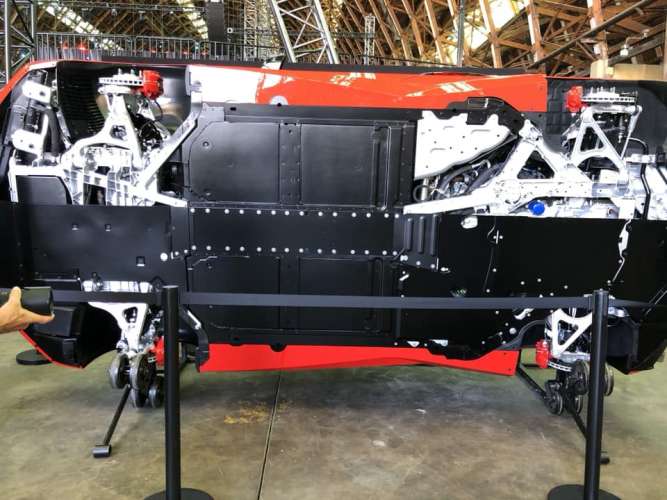 The 2020 C8 Corvette had big shoes to fill all while maintaining that "American sports car" feeling and going mid engine meant certain things were going to have to change. I, for one, was worried that this was going to mean the end of the DIY garage mechanic and was going to be more of a "dealership queen" but that's not the case with the C8 Corvette.

Many of the McLaren models require dealership servicing at specific intervals for oil changes which is definitely pricey. Thankfully, GM didn't go this route with this car and they easily could have. Maintaining an MSRP of under 60k and giving the owner the ability to do his or her own simple maintenance is fantastic. I don't know about you, but I've had enough bad experiences at dealerships to keep me away from any dealership maintenance for a long time.

Also watch The C8 Corvette mid engine details you should know before ordering one. PDR, Big wing, and more, as well as Click To Subscribe Torque News Youtube Channel for Daily News on Automotive Industry.

Richard Austin wrote on August 6, 2019 - 11:08pm Permalink
I tried to tell the alarmists that it wouldn't cost very much more than a C7. No more that than the C7 cost over the C6 anyway. And that it wouldn't take Bugatti shop rates to do stuff either. Some people just have to freak out over the unknown. But hey, Chevy's not stupid. It doesn't take Einstein to figure out that if they wanted to go after Ferrari's market share in high end exotics they would have. They probably burn almost a full years output of an 812 for instance, just testing.
Craig Coggins wrote on August 8, 2019 - 7:38pm Permalink
I have the exhaust cutouts ( butterfly electric) on my C7, is there going to be any room for these on the C8? I make Harley riders jump after they rev theirs. It is really loud and I like that. Thanks for your time, Craig
Justin Nohe wrote on August 10, 2019 - 11:55pm Permalink
I'm sure someone will come up with something like this for the C8 but with that said, the exhaust is much shorter so it might be harder to do.
MichBC3 wrote on October 16, 2019 - 7:58am Permalink
Everything mechanical is susceptible to failure. Eventually water pumps, hoses and power steering pumps leak. Belts give out. Sensors fail. Manifolds need to be tightened. A/C systems leak. Modules fail. Engines and transmissions develop oil leaks. Connectors get corroded. The worst thing that engineers can do is locate an engine in the center of the car to create unnecessarily complex and difficult repair and maintenance problems. Turning 2 hour jobs into 2 day jobs is not a good idea... Probably have to drop an engine out to change a water pump gasket for instance. And people will care about that - even if they have a warranty. Ordinary independent garages may not be able to work on these things. If every little thing that goes wrong with these cars requires an overly difficult and complex procedure to fix them (drop the engine again), dealerships will be overwhelmed with the backload. Owners will get pissed off waiting a week or a month to get even simple problems fixed because they'll be waiting behind the other 4 C8 Corvettes that need their engine dropped out to fix simple stuff. A hard to service mid-engine car design is just that - can't mislead me with marketing and hype. Plus the C8 will not perform any better than a C7 on the street - even if driven enthusiastically. Only driving the two on a professional high speed race track might (?) reveal any possible difference. A slightly better driver in either one of the cars would make all the difference. The "happy" articles we see just because a car is "new and different" remind me of the hype that preceded the C4 in 1983 - which objectively turned out to be quite a dog.