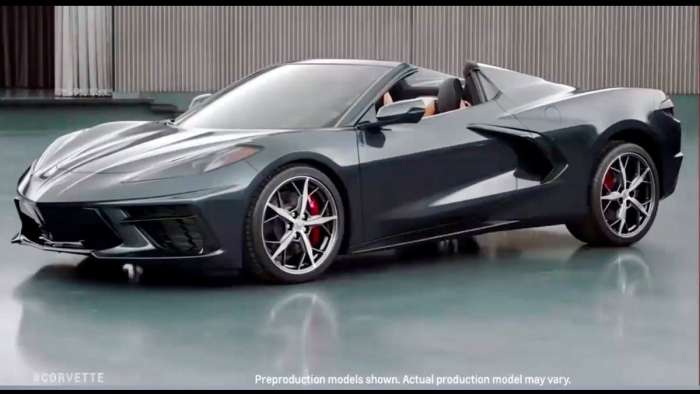 The 2020 C8 Corvette has been officially revealed, and so far it's quite impressive. One thing that hasn't been talked is when we can expect to see the car on the dealer lots. Well, let's talk about it.
Advertisement

The C8 Corvette is the next highly anticipated Corvette and after the reveal on the 18th the popularity has grown even further. I've talked to a few different dealerships and 2 things remain constant, that is the build date and the date when we'll see them at the dealerships. Now before we get into that information let's talk about something that was notably missing at the reveal which was, of course, the convertible C8 Corvette.

Fans of the convertible will be pleased, it's an amazing looking option. I'm not usually a huge fan of the convertible design but the spyder style setup is the best of both worlds if you need that true drop top experience. I would imagine we will hear official confirmation of this from GM very soon but I can't help but wonder why it wouldn't have been shown off at the same time as it's targa top brother. It could be that there were additional tests that needed to be done or more likely they didn't have the specs finalized on weight, price, etc.

With the convertible typically starting at about 5k more than the base they may have wanted to focus specifically on the fact that the C8 stingray was going to cost under 60k without having a caveat to the convertible model. Either way it looks great and we should see it very soon with all of the specs ready to go. 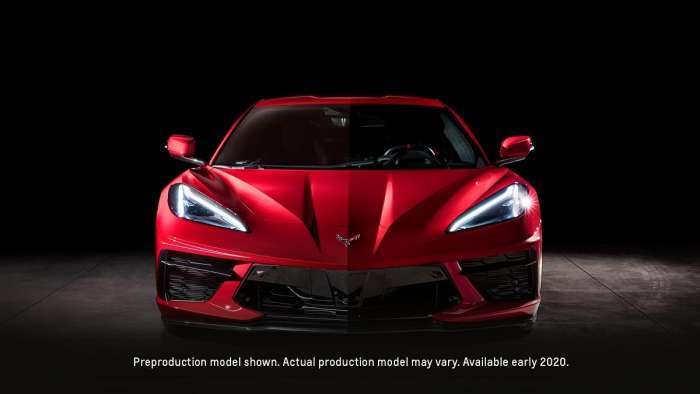 The convertible option will obviously forgo the see through window in the back due to needing some of that space to store the convertible top. Odds are good it wouldn't' be as pretty as the coupe through that window so GM decided to lose it for the drop top models. GM also just released a video teasing the convertible and C8.R which are both supposed to be revealed this fall which you can watch here. I can't wait to see what the C8.R can do on the track.

Let's talk about availability for the coupe model. As I said earlier I have spoken to a few different dealerships about the build dates and when we can expect to see them on the lots and the answers were always the same. Production starts in december and we'll start seeing them on the local lots in January. For those of you out there who must have one as soon as you can get it, you could have an all new C8 Corvette as early as January 2020. It's a lot closer than I originally expected. I figured December production date and probably March or April delivery at the earliest.

Also watch The C8 Corvette coupe and spyder style convertible are closer to being available than you think, as well as Click To Subscribe Torque News Youtube Channel for Daily News on Automotive Industry.

Joie Balake wrote on August 6, 2019 - 1:25am Permalink
Anyone who wants one of the first Corvettes off the line, let alone the first year, is out of their mind. I cannot imagine all of the crap that will break during the first year and will need to be re-engineered. We are talking CHEVY engineers and GM accountants.
Roger Wayne wrote on August 23, 2019 - 12:22am Permalink
I have an early production C7 and it has been the most solid car I ever owned.
Justin Nohe wrote on August 27, 2019 - 12:23am Permalink
Excellent! I'm happy to hear it.
Charles L. Harris wrote on October 4, 2019 - 4:43pm Permalink
The car Arkus-Duntov wanted years ago, they should create one in his honor
Justin Nohe wrote on October 5, 2019 - 10:52pm Permalink
Rumors suggest one of the new models will be called a Zora.