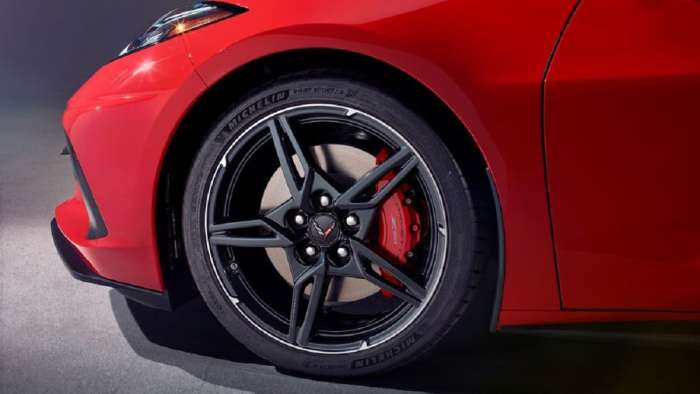 The brand new 2020 C8 Corvette is finally here and with it comes all kinds of new tech and updated operations. One of which is a new twist on the braking system. Here is what that means for you and how it works.
Advertisement

With a new Corvette generation comes new updated technology. This is one of the biggest reasons I was so excited for the new 2020 C8 Corvette and so far, it hasn't disappointed. We first heard of the new digital architecture GM was going to use in this car a few months ago, and while some were unhappy that it could lead to an "untunable" car, I was excited to see what it could do. In time, we found out that this new architecture from GM was really going to lead to much faster in car entertainment and a faster response from the electronics in the car overall

Why Electronically Controlled Brakes In The 2020 C8 Corvette Are Interesting

For those who don't know, the C7 Corvette had a selectable driver mode as well and it controlled things like: the suspension stiffness, the steering firmness, the exhaust note, and even shift points. This by itself is an amazing feature and it really allows the car to be a Jack of all trades, but the 2020 C8 Corvette is taking it one step further and giving you the ability to control the feel of the brake pedal.

This is going to add another level of customizability to this car and really give you the soft driving Corvette you want on Sundays and also the track monster you want on track days at the flick of a switch. Every generation GM seems to add more and more to the Corvette to make it more acceptable to the driver as a daily driver and weekend warrior all in one package.

The rumor mill has been swirling quite frantically about this C8 Corvette for a while now so after the reveal on the 18th surely it has slowed down, right? Not. At. All. The rumors of the Z06 and the ZR1 variants are more prevalent than ever and of course the ZR1 is rumored right now to have a hybrid motor setup to increase horsepower and possibly even add an all wheel drive system.

This is important to note because with a hybrid setup the braking system could lose the ability to gain vacuum from the engine if it's set to ever be powered off of the hybrid motor specifically at any time. With GM going with an electronic braking system it gives them the ability to have it be user adjustable and allows the braking system to work without the typical gasoline powered engine present. GM has already alluded to giving the Corvette the hybrid treatment at some point so they are ready with this new braking feature.

Also watch The C8 Corvette electronic brake setup confirmed. Here's what that means for you, as well as Click To Subscribe Torque News Youtube Channel for Daily News on Automotive Industry.