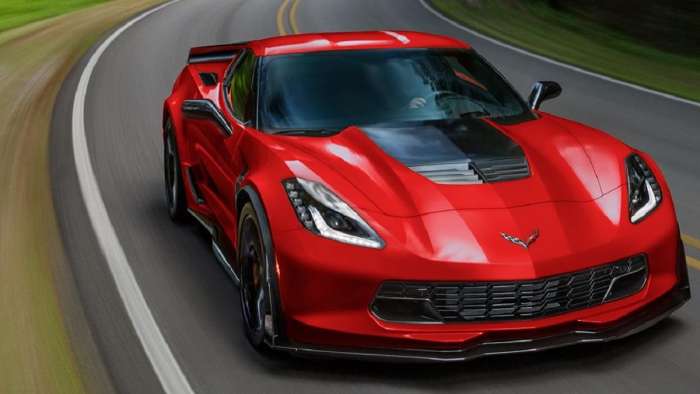 The C7 Corvette is an amazing machine in every configuration but the sweet spot is a 2017 Corvette Z06 for performance and price.
Advertisement

The C7 Corvette wasn't launched without it's fair share of issues. The 2015 Corvette Z06 had overheating issues, paint concerns, and semi dated electronics. Luckily all of these issues have been resolved in the 2017 and up model (with the exception of overheating in the automatic transmission). Since it is 2019 the 2017 models are lower in price but they have all of the same improvements.

The 2017 included: a bigger supercharger lid with more efficient supercharger cooling bricks to keep the intake temperatures cool, an auxiliary radiator in the front of the car to help keep the cars oil and coolant temperatures down while on the track, Android Auto or Apple Carplay options, as well as other custom interior options that would appeal to some.

The biggest changes were made to the cooling of the car in general for 2017. This made the car much more track ready and this is what most people desired with a car branded by GM as "the most track capable Corvette yet".

The 2019 Corvette Z06 has all of these changes we've talked about here as well but the price is a touch higher since it would be considered "brand new". I have seen used 2017 Corvette Z06's going for as low as mid 60's that have an MSRP of over 100k new! The car has proved itself on the track (in it's 2017 and up non overheating variant) and has a lot of attractive features. Jim Mero recently released a Nurburgring track time of 7:10 which is unbelievably fast!

With all of the controversy over the 2020 C8 Corvette now might just be the time to pick up the 2017 Corvette Z06 at the cheapest price possible!

Also watch Don't buy a Corvette Z06 until you watch this! Details on which year to buy and why!!, as well as Click To Subscribe Torque News Youtube Channel for Daily News on Automotive Industry.

DeanMcManis wrote on July 16, 2019 - 5:05pm Permalink
Thanks for the info about the Z06. I knew that they had resolved the early Z06 bugs, but it is good to know when. I think that it would be more risky to buy a C7 Z06 before the C8 Corvette is released. There are definitely some people who already are selling their Corvette in advance to buy the C8 model, but I think that prices will drop even further after the C8 comes out, especially if there is a new Z06 and 1000HP Zora model coming as rumors are foretelling.
Justin Nohe wrote on July 17, 2019 - 1:30pm Permalink
It's possible, but if the C8 launches and it's not the huge success some thing it will be you are going to see the C7 prices go back up. It's a risk either way at this point.
DeanMcManis wrote on July 19, 2019 - 2:46am Permalink
Wow! Now that I've seen all that they packed into the base Stingray C8 Corvette I think that C7 Z06 used prices will be hard hit, especially the pre-2017 models. Plus of course the C6 models as well. There will always be diehard fans for certain models and styles, but as long as the dealers don't gouge on the prices of the new Corvette then it will be a killer performance car deal. If they do, then the deals on C8 Corvettes will come next year, when the higher performance versions of the car are released and after the have-to-have-the-newest-thing buyers are weeded out.
Justin Nohe wrote on July 19, 2019 - 12:15pm Permalink
With dealer markup it's hard to say for sure but since the C8 Stingray is going to be a mass produced car odds are good availability won't be an issue.
DeanMcManis wrote on July 19, 2019 - 3:39pm Permalink
You are probably right for the new Stingray. Especially since we will no doubt see announcements for the Z06 and maybe Zora versions shortly after the new Corvette hits the showrooms. For some cars like the Dodge Demon it makes sense that people want to make money off of a limited and special car, but the Challenger RedEye followed pretty soon afterwards offering most of the Demon's performance, but without the limitations and collector's curse of huge markups. Other production cars like the Hyundai Kona EV saw big markups, as did the Honda Civic Type R because of production constraints combined with high demand. The good news is that because Chevy does want to sell a LOT of Corvettes it is likely that even though we will see high markups at certain dealers initially, the internet makes it pretty easy to find another dealership that won't gouge on pricing.