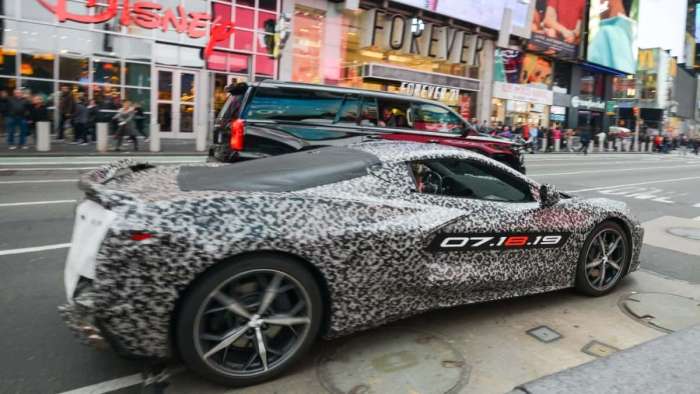 Not Everyone Agrees That The Corvette Should Go Mid-Engine

Jim Mero, who used to be a Corvette ride and handling engineer for GM recently had some very worrying words about the latest iteration of the Corvette... “I worry about the mid-engine Corvette.”
Advertisement

At this point we are less than a month away from the official reveal of the highly anticipated C8 Corvette. While the majority of us are waiting eagerly to see what Chevrolet is going to give us for this generation of Corvette some of us are not so convinced that GM is moving in the right direction with it.

Jim Mero, who recently released some of the 7th generation Corvette Nurburgring track times, has stated he has his doubts that the move to the mid-engine layout is the best one at this point due to the current generation Corvettes performance capabilities.

Mero, also stated he was part of the mid-engine C8 Corvette development team before his retirement and thus has a good insight to everything C8. Before he left GM he was part of a testing group that rented higher end supercars to test heavily against the C7 Corvette for benchmarking reasons. He goes on to say that the C7 Corvette Z06 was able to "smoke" all of them.

This really says something about the performance of the C7 Corvette and why Jim Mero was so against the move to mid-engine. While there are many pros to move to mid-engine platform, there are also many cons. GM has been perfecting the front engine rear wheel drive platform for so long it is almost perfect and Mero had noticed this in the benchmark testings. 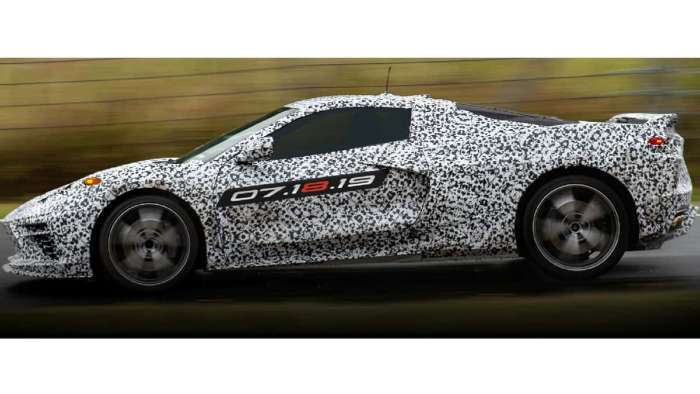 Regardless of his push to stay front engine, GM wanted to move to a mid-engine setup for a few reasons. They stated they preferred the seating arrangement and the better viewing angles the mid-engine allowed for. It's no secret that the visibility out of the C7 Corvette left something to be desired but for the most part, sports cars in general aren't the greatest in this regard.

One of Mero's biggest complaints about the mid-engine layout is one I've heard mentioned many times since Chevrolet has committed to changing the engine layout of the Corvette and that is: cargo space. Yes, believe it or not, people care about the storage room in their sports cars and mid-engine cars typically offer less of it. Mero stated that the C8 may be able to fit a golf bag but it won't have room for much else. I, personally, would love to have the same amount of cargo room that the C7 Corvette has but it isn't a huge deal to me.

Mero has been retired for a while now but has said that the C8 engineers will likely need to “reinvent the wheel” to try and perfect the car’s build. As I stated earlier, GM has worked with the front engine design for a long time and each generation has gotten better and better but now they are moving in to uncharted territory and basically starting over.

Mero stated that the mid-engine car will not offer a perfect weight distribution (like the C7 does) and understeer will be a hard problem to fix. This is coming from someone who has spent a lot of time in a Corvette on a track so he knows a thing or two about how they behave when pushed to the limits.

Jim stated straight up that the mid-engine car wasn’t likely necessary to achieve GM's performance goals for the new Corvette but he also said it will still be “crazy popular" since it is.

Well, a new Corvette and those are always popular. We will all soon find out for sure if the move to the mid-engine layout is the right move or not. July 18th is rapidly approaching and soon there will be no secrets left!

Also watch why the C7 is the best-selling Corvette at the highest prices in history, and Click To Subscribe Torque News Youtube Channel for Daily News on Automotive Industry.

See you in my next story where I compare C7 Corvette with C8 situation and make a point that buying the very first year C8 Corvette may be a mistake, despite Corvette having a solid line of cars.