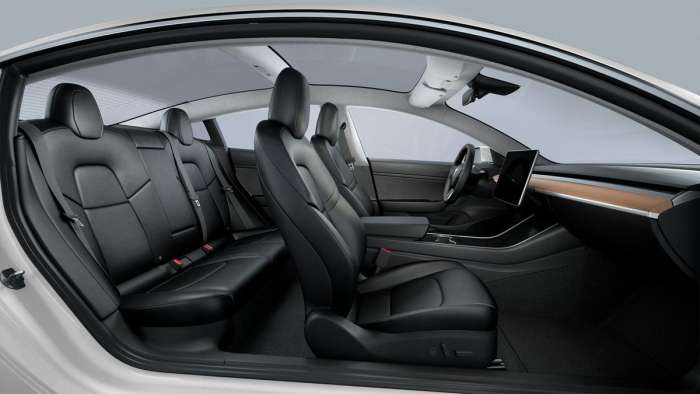 WIth early quality issues quickly resolved, the Tesla Model 3 can lay claim to the luxury tag in several areas, although there's still room for improvement.
Advertisement

In recent articles on Torque News - and indeed throughout the EV new media - growing sales of the Tesla Model 3 have been reported by way of comparison.

Comparison to other EVs on the market, where Tesla wins easily. Comparisons to premium sedans, where the Model 3 is prompting some execs at German brands to sit up and take notice.

There are even comparisons to affordable sedan models, where Tesla's most mainstream offering placed a respectable 11th of all sedans sold in the United States in 2018. This despite a price point some $20,000 higher than the dominant Toyota Camry at the time, as the lower-priced Standard Range Model 3 only arrived in early 2019.

In our coverage of the car, however, a basic yet apparently controversial question arose: is the Tesla Model 3 a luxury vehicle?

This article looks at a few ways in which the Model 3 clearly delivers luxury, as well as one area where it doesn't quite make the grade, in our opinion.

Let's first take a look at the main arguments for the Tesla Model 3 qualifying as a luxury vehicle.

At either end of the luxury spectrum, from the Audi A3 at the low end of luxury pricing to the BMW M3 at the upper end, the comparable Tesla Model 3 delivers similar or superior acceleration.

Performance is more than just being quick off the line, of course, but every aspect of a Tesla Model 3's driving style seems to deliver. The instant torque of electric vehicles is an advantage across the board, whether from a standing start or the immediate delivery to move from on-ramp to highway speeds. The handling is also comparable, with the low-slung sedan style and low center of gravity delivering a satisfying blend of comfort and exciting driving.

With various driving modes and performance levels, there's a Tesla Model 3 to suit most kinds of driver and it competes directly with the likes of BMW and Audi in terms of an exhilarating driving experience. The Model 3 won't quite deliver the precision handling of a top tier BMW or Mercedes, but the car is clearly snapping at their heels and, in most cases, delivers exceptional performance at a lower price than these manufacturers.

2. Technology
Delivering the latest technology is a hallmark of some luxury categories, of which the automotive sector is certainly one. A car with advanced driver-assist features, the latest infotainment options, and any other functions that can be labeled "tech-forward" will always fare well in the luxury stakes. 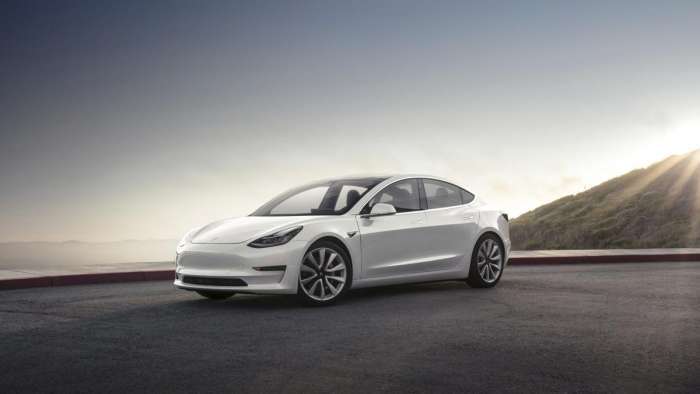 Tesla delivers on the technology front in spades, to the extent that many industry analysts and fans consider the brand more of a Silicon Valley software company than an automaker.

This isn't simply because the designers slapped a big tablet in the center console and called it a day.

Despite the ongoing wait (and overly optimistic promises) around Full Self Driving, the driver assistance features of Tesla vehicles clearly place the company ahead of competitors.

There's also the fact that this technology continues to receive updates that upgrade the Tesla experience, which brings us onto the next luxury aspect of the Tesla Model 3.

Watch Tesla Model 3 taking a 90 degree turn on an Autopilot after the latest software update and click to subscribe to Torque News Youtube channel for daily Tesla and automotive industry news analysis.

3. Continuous Improvement
Whereas the previous two criteria are well-established luxury considerations, this is one that Tesla is defining in its own right.

Even with all the bells and whistles built into their vehicles at the time of production, no competing luxury sedan offers the experience of waking up to a car with new security features, additional comfort options, or extra entertainment modes, all of which Tesla has rolled out to Model 3 owners in the first six months of this year alone.

While some have raised security concerns about this open approach to updates, it's undeniable that owners love this aspect of driving a Tesla. It shows a commitment to the car that sets Tesla apart from other manufacturers and further emphasizes the company's desire to eliminate dated practices of the auto industry that don't enhance the ownership experience.

One Area Where the Tesla Model 3 Loses Its Luxury Appeal

Although the interior of the Model 3 is unique in terms of minimalism and technology, it doesn't deliver much in the way of cabin luxury. While the materials are better than its limited competitors in the affordable EV segment, the Model 3 isn't going to impress anyone who's grown used to the refinement of the various German manufacturers we've already mentioned.

Tesla has certainly tweaked and fine-tuned the production process to iron out early quality issues. There remain several niggling complaints, however, that detract from the cabin's otherwise refined feel.

The widespread gloss black finish of the center storage area, for example, is a magnet for dirt and grime. Even the most fastidious owner has to polish this area several times a day to keep it in line with the rest of the cabin's crisp, clean finish.

The storage binnacle in this area is also a pain to close, with the magnets requiring just the right level of pressure to remain closed. Again, no big deal in an affordable vehicle but another aspect that detracts from the overall quality of the Tesla Model 3's interior.

Elsewhere, seasoned drivers of luxury sedans have noted that the steering wheel feels less than premium, while some complain that the comfort of the rear seats leaves a lot to be desired. I've generally found them to be adequate in the few journeys I've taken back there, but every little nod to comfort matters.

I'm the first to admit that counting these interior niggles against the Tesla Model 3 is nitpicking. The aspects raised earlier in this article are more than enough to compensate for any minor cabin complaints, in my experience, but again the bar is raised when compared to more luxurious rides. If you're coming from the cabin of a high-end BMW or a Mercedes, these are the kind of minor items that could detract from the overall driving experience.

Comparing the Tesla Model 3 to established luxury cars is reasonable by some measures, as even the most affordable Tesla undeniably delivers excellent performance and futuristic driving experience.

When it comes to the interior, however, only Tesla's refined minimalism and focus on touchscreen technology keep the car in the reckoning.

Given that Tesla trades on its vehicles being the future of transportation and consistently outperforming competitors on specs like 0-60mph time, it's fair to compare sales of the Model 3 to luxury sedans like the Audi A4/A5 and the BMW 3-series.

On that basis, while Tesla is winning the battle on the sales front, there are still areas inside the car where it could make some improvements to truly be considered a luxury ride.

What do you think, does Tesla deliver on all the aspects of luxury that matter to you? If not, what is the Tesla Model 3 missing and which manufacturer do you think delivers - or will deliver - a true luxury EV?

Let us know in the comments below.