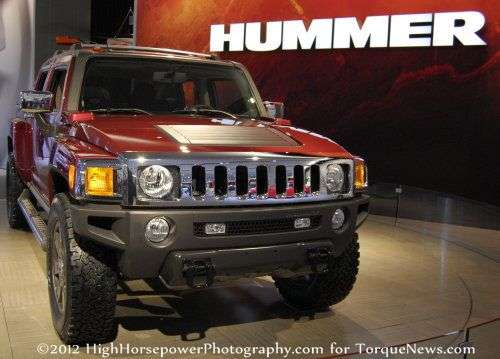 What auto manufacturer will attract the orphaned brand loyalists?

As the cars in America age, making it the time to buy new cars, which brand will get the bulk of the former loyalists to brands like Hummer, Pontiac, Mercury, Saturn, Saab, Eagle, Geo, Plymouth and Oldsmobile that are now orphaned?
Advertisement

It is an excellent question raised by Jim Gorzelany, a contributor to Forbes, just today. He credits R.L. Polk & Associates, that all such owners of any generation are most likely to gravitate to Ford cars and trucks, followed by Mercedes-Benz in second and well known brands such as Nissan, Honda, Chevrolet, Hyundai and Toyota taking the bulk of the remainder in all demographic groups.

Polk projects something like18 million vanished brand cars and light trucks are still around from 16 makes that are now pushing up daisies. These consumers represent “a golden opportunity for new vehicle manufacturers,” according to Tom Libby, Polk’s lead forecaster for North America. “These drivers are forced to shop for a new brand regardless of their satisfaction with their current car or light truck. Right now this pool of orphan owners is exceptionally large and offers a rare opportunity to those automakers and dealers willing to step up.”

That’s why brands are looking over former customer lists to find former buyers and offer special incentives to keep them in the fold. General Motors, for instance, is offering owners trading in a Saturn from as far back as 1999 $1,000 cash rebates towards certain models, including the Cadillac CTS, Chevrolet Cruze and GMC Acadia.

Meanwhile, Ford and Lincoln dealers are writing off early termination of Mercury lease vehicles with no penalty, overlooking as many as six payments as an incentive to buy or lease a new car.

Gorzelany attributes to Edmunds data stating that up to 39 percent of Pontiac owners, 37 percent of Hummer owners and 31 percent of Saturn owners purchased another brand from GM's vehicles last year. GM is keeping as many Pontiac owners and more Saturn customers in the family now than back in 2007, when most of the orphan brands were still around.

Apparently the changes in the fuel market price have caused former Hummer owners to rethink their adoration. Loyalty to the brand is now far below the 61 percent mark set in 2007.

Though currently on top, GM is reported losing many of their former customers to other brands, a good example of how volatile and competitive the automotive market has become. Up to 60 percent of the people who bought GM products 10 years ago are crossing over to brands such as Toyota, Ford and Honda.

The efforts to attract the owners of these former brands will increase over the summer as thousands and thousands of these owners of orphaned brands return to the new or used car market to replace aging vehicles with more efficient, greener modern cars.

So if you happen to own an orphaned model, this may be the perfect time to leverage that fact into a great deal on a new or used car from an related make or dealer.

Personally, as the proud owner of my late father’s 1994 Grand Marquis LS it might be a great time to get a deal on a new Ford or Mercury. On the other hand, it was his pride and joy and literally only driven on Sundays, so it still only has just over 40K actual miles on it and is in a pristine state. Consequently it would not be an easy choice to trade it and the incentives would have to be considerable. Still the efficiency of the EcoBoost engine as compared to the Grand Marquis’ 16 to 20-mpg V8 presents a strong argument in and of itself.

Nevertheless, with interest rates at an all time low and the value of used cars running higher than usual and hungry dealers itching to return to the peak volume of years passed, it just might be a great time to make deal.

After all, in the modern world, you have to make the most of what you’ve got and if you’re the owner of an orphaned brand, you may have more than you think. Go ahead and go for the gusto! Cars have come such a long way in the last 10 years. Chances are you’ll be glad you did.