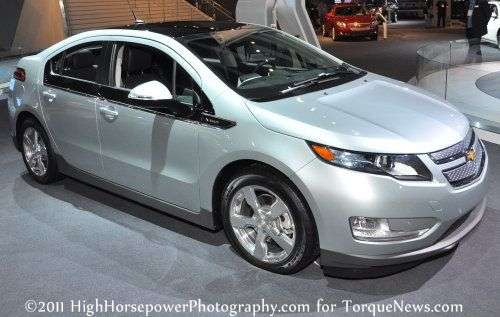 Surprises contained in KBB's Top 10 Chevys of All Time

Chevrolet is celebrating their 100th Anniversary, so kbb.com looked back through time to select the most significant design and product advancements during the long history of THE most successful segment of General Motors.
Advertisement

Among these are some you probably haven’t heard of or seen, and some will surprise you to be included on a top ten list of anything.

The Chevrolet brand incorporated in November 1911 by businessman William C. Durant and his partner, Swiss racing driver/engineer, Louis Chevrolet.
"For many of us, Chevrolet is an American icon on a par with baseball and apple pie – a brand deeply engrained in the fabric of our lives," said Jack R. Nerad, executive editorial director of Kelley Blue Book's kbb.com. "In determining the 'Top 10 Chevys of All Time,' our editorial staff chose the vehicles that offered not only technical innovation, but also changed the automotive landscape. Each one is a watershed car whose influence is still felt today."

1912 Chevrolet Series C Classic Six
The very first Chevrolet model was introduced in 1911, becoming available for sale the following year. The original Chevy sold for $2,150, a lot of money back then that put the car out of the reach of blue-collar workers barely earning that much annually. The model’s success was moderate, but from this humble beginning a megabrand was launched.

1916 Chevrolet 490
This vehicle is significant in that it was how Chevy’s spirited competition with Ford began. The 1916 490 was directly aimed to compete with Ford's highly popular Model T. The name came from its base price – $490 – that for obvious reasons was $5 less than that of its rival.

1929 Chevrolet with Stovebolt-Six Engine
In the wake of Ford's introduction of the Model A, Chevrolet upped the ante with an extra two cylinders. The “legendary” Stovebolt six-cylinder engine featured in the 1929 Chevrolets out performed Ford's four-cylinder engine, confirming the brand as Ford's major competitor in the automotive market.

1955 Chevrolet with Turbo-Fire V8
A double winner for Chevrolet, the 1955 line introduced both the 1955-1957 'Tri5' era and the long in service small-block V-8 engine workhorse, replacing the traditional inline six. This introduction helped Chevy sell more than 1.7 million vehicles during the middle of the Eisenhower presidency.

1963 Corvette Sting Ray
Least surprising of all is one of the most popular, iconic and desirable models ever, the 1963 Chevrolet Corvette Sting Ray was a rolling revolution in style, technology and performance that has influenced the look and feel of every successive generation of American sports-themed automobiles.

1960-1969 Chevrolet Corvair
The big surprise is the inclusion of the Corvair on this list. It was ridiculed and reviled at the time, but notable for its attempt to create an American “People’s Car.” An attempted response to the increasing threat posed by imports – primarily the Volkswagen Beetle – the Chevrolet Corvair was also intended to compete with new downsized domestics such as the Ford Falcon and Plymouth Valiant. Though the rear engine Chevy had its fans, it targeting in Ralph Nader's Unsafe at Any Speed doomed any future the model might have hope to have.

1967-69 Chevrolet Camaro
Another not surprising listing is the other iconic Chevrolet from the Swinging Sixties The Chevy Camaro. Ford was selling Mustangs at a frightening pace, and Chevy responded with its own style of short, sporty rear-wheel drive – the legendary Camaro.

2011 Chevrolet Volt
Hardly seeming the crown of 100 years of Chevrolet creation, The Chevy Volt is a genuine revolution in automotive transportation. It success stands as one of the outstanding achievements of the company’s progress. Taking knowledge gained from the pioneering EV1 electric car program of the 1990s, engineers developing on the Volt managed to bring this four-passenger liftback sedan from an auto show concept to full production status in less than four years – something not easily accomplished in this day and age.

More information on each of these landmark cars is available from Kelley Blue Book.