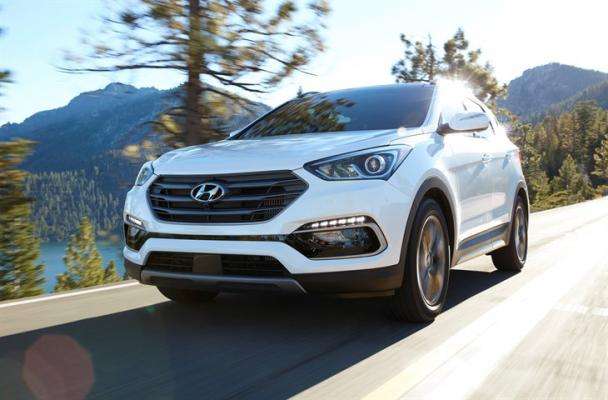 Hyundai Sales Slump May Be Due to SUV Shift

With gas prices having fallen, SUV sales have risen.
Advertisement

The New York Times pins Hyundai’s 15 percent sales drop in May – and 4.8 percent overall – on the brand’s compact and sedan heavy lineup.

We’re not sure that’s the only reason – as the Times notes, sales across the industry are down 0.9 percent and have declined for five straight months. That’s after seven straight years of post-recession growth. Still, it certainly is one factor, and a Hyundai exec even said so himself in the Times’ story. Hyundai also blamed a reduction in fleet sales.

Sales Slump Across the Board

It’s a widely held belief that the sales levels of recent years were unsustainable over the long term. But in Hyundai’s case, that’s not the only problem. Aside from the Tucson, Santa Fe/Santa Fe Sport, and the upcoming Kona subcompact crossover, the brand has a lineup that’s loaded mostly with subcompact, compact, and midsize cars.

With fuel prices dropping and buyers moving back into SUVs as a result, Hyundai – and sibling brand Kia, which has a similar model lineup and shares model development with Hyundai – may be playing catch up. Additionally, Santa Fe sales have been sluggish, so even one of the crossovers in the lineup isn’t moving well.

What Hyundai Can Do

What can Hyundai do to reverse the trend? In the short term, it’s trying to increase production of its existing SUVs. The Kona will come online within the next year, a redesigned Santa Fe is on tap, and a large SUV is planned.

It can also hope that sales of sedans and alternative-powertrain vehicles such as its new Ioniq pick up. That’s not a sure bet, but the company exec feels – probably rightfully so – that there’s still plenty of volume in the sedan market. And if gas prices spike and stay spiked, the market trends could shift quickly.

Times may be tough at Hyundai, and across the board, but things aren’t as bad as they were during the recession, and sometimes all a brand can do is be patient.