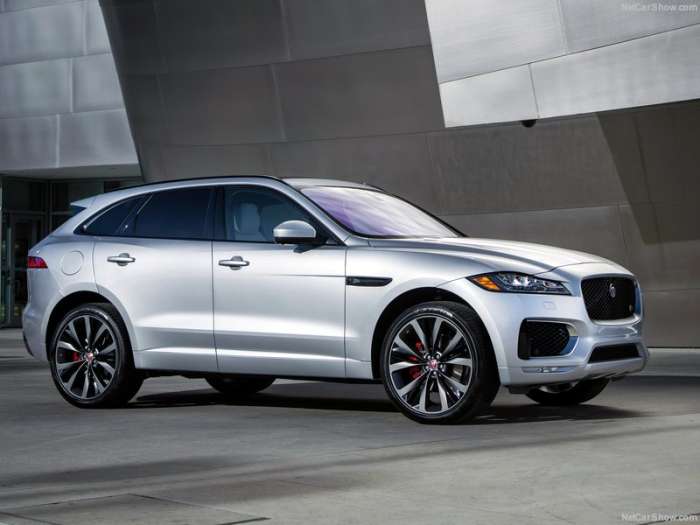 Cars like the Range Rover Evoque and the new Jaguar XE have helped Jaguar Land Rover sell a lot more cars. But don't expect the automaker to try to sustain the same growth rate in the coming years.
Advertisement

Over the last several years, Jaguar Land Rover has grown and evolved to the point that its vehicles are all at least competitive in their segments. They still have their fair share of weaknesses, but if you’re in the market for a luxury vehicle, you’d be foolish not to at least test drive a Jaguar. With the introduction of both the Jaguar XE and Jaguar F-Pace, the British automaker has also seen a ton of growth recently. But don’t expect to see JLR try to outsell BMW or Mercedes anytime soon.

Wards Auto reports that instead of chasing sales volume, Jaguar’s plan is to make sure it stays exclusive. Speaking to the publication, North American CEO Joachim Eberhardt said the brand needs to continue to grow in order for parent company Tata Motors to earn back its investment in Jaguar Land Rover. Still, there are no plans to continue this rapid growth. “In order to fund [Tata’s] investment we have to continue to grow, but we are not looking to grow at the pace we have been,” Eberhardt told reporters.

“Over the last five or six years we actually tripled our volume,” he said. “But that still does not make us a giant luxury brand. It makes a bigger luxury brand that now has scale but is still special and exclusive. You do not see it everywhere, and I think that is part of our appeal and something to focus on maintaining. It sets us apart from the others.”

The good news for Jaguar Land Rover is that this increase in sales is bringing in buyers from other brands. According to Eberhardt’s own estimates, a third of the growth he’s seeing is the result of a healthy auto industry. But the remaining two-thirds comes from buyers who were pirated from other luxury brands.

For current owners, this is definitely encouraging. Despite being priced competitively, Jaguars tend to be thought of as something a bit more special than your typical luxury car. Thanks to their attractive styling and relative rarity, it would be easy to think they’re more Maserati than Mercedes. And despite how accessible the Evoque and Discovery Sport are, the Land Rover name still carries significant prestige.

But, as Eberhardt pointed out, it’s not like Jaguar Land Rover is looking to artificially limit production. Instead, it’s an issue of sustainability. Trying to keep growing at the same rate for the next decade could easily end in disaster. Growing at a slower but more manageable rate will likely be much better for the long-term health of the company.

Even better, that means we're unlikely to see Jaguar or Land Rover chase micro-niches like BMW and Mercedes have spent the past several years doing. Offering the convertible Evoque is already enough.

Ben wrote on April 3, 2017 - 12:57pm Permalink
Mercedes' CEO said himself in the last week that their line-up was too extensive and that they were planning on cutting it down. The sales of the 'inbetween-filling the gaps' models had been far less than anticipated.