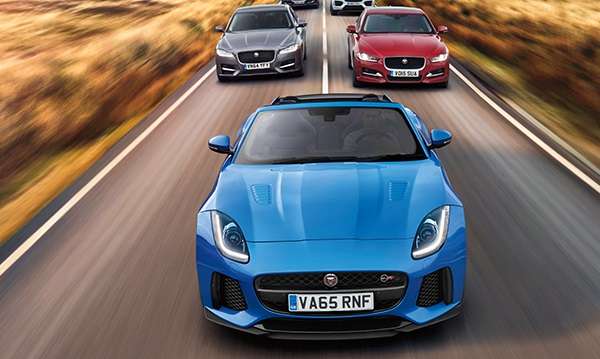 Most People Have No Idea How Much Jaguar Costs

Jaguar builds some of the best-looking luxury cars you can buy, and yet they still don’t sell many cars. The F-Pace will probably help that, but the automaker may need to address another limiting factor: that people think Jaguars cost more than they do.
Advertisement

Jaguars Can Definitely Cost a Lot

The first Jaguar I ever drove was truly expensive. It was an XJ with the base engine but with nearly every other option thrown in. That pushed the price well past $90,000, if not past $100,000. And I loved it.

Objectively, there was no reason to buy it over the Mercedes S-Class. It wasn’t nearly polished enough to best the Merc. The infotainment system was buggy and outdated. Rear seat headroom wasn’t very good, nor was there much headroom. But that didn’t really matter behind the wheel. It had character. It felt special. It made me want to be the kind of person who deserved to drive Jaguar’s flagship sedan.

But the Driving Experience of Jaguar Is Fantastic

No one ever lets you over in Boston. Unless there’s a giant gap that already exists, you pretty much have to force your way over. Make that grandma in the Prius pick between getting in a wreck and giving you room. Usually, she’ll give you room. But not always.

Something about that Jag broadcasted to others that it was special, though. Part of that can probably be attributed to people confusing the XJ’s relative rarity with an astronomical price. But the fact that it’s absolutely gorgeous probably doesn’t hurt, either. Actually, that’s probably the biggest contributor. A random guy on the street might not know how much a Jaguar costs, but if it looks like an Aston Martin, it has to cost a lot.

What’s fascinating, though, is that while that near-six-figure XJ was quite expensive, it’s not like a new S-Class costs any less. And the rest of the models in the lineup are pretty competitively priced, as well. A base-model F-Pace costs a little more than $40,000, and an entry level XE comes in a little under $35,000. That’s still significant money, but you don’t exactly have to be an investment banker to afford one.

And yet, unless someone knows a good bit about cars, they probably have no idea. If you drive that fancy-looking sedan, you must be rich. Never mind that you can lease an F-Pace for less than $500 a month or that the XE is priced right in line with the average transaction price of a new car. Everyone I’ve talked to about Jaguars seems to think they’re more like Maseratis than BMWs.

Not Everyone Knows That About Jaguar's Price

Unfortunately, this confusion isn’t always a good thing. Cars with on-road presence sometimes get preferential treatment from other drivers, but people also often assume unflattering things about someone when they assume such a fancy car hasn’t been earned.

But perhaps more importantly, when people assume a certain brand costs more than it does, they’re less likely to consider one for their next purchase. If you’re in the market for a BMW 5 Series, you should definitely check out the Jaguar XF just to see which one you like better. But if you assume the XF is priced more like a Maserati Ghibli, why even bother looking?

Jaguar Must Inform People About Price and Cost

Obviously, stealing sales from established luxury brands like BMW and Mercedes is a complicated task. Jaguar will have to do a lot more than let regular people know its cars aren’t semi-exotics if it wants to increase sales. But if it doesn’t do so, its other efforts may not be nearly as effective.