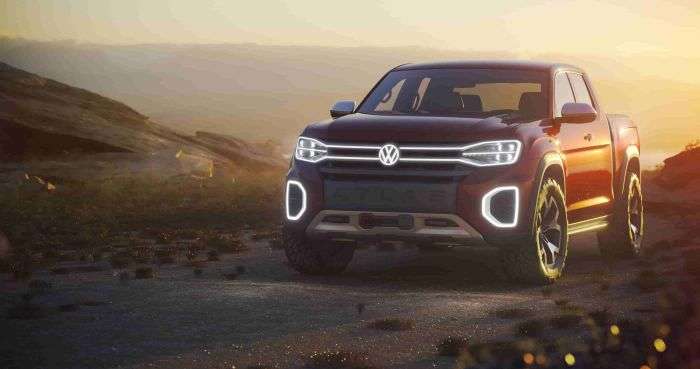 Volkswagen, facing a major product push in the next seven years, has tapped Herbert Diess to take over as the automaker's new CEO, replacing Matthias Mueller. Mueller presided over the automaker in the wake of the Dieselgate scandal.
Advertisement

Even as Volkswagen has been moving to implement its Strategy 2025, the automaker has played some chess with its top executives, moving Herbert Diess, its brand chief, up to the top spot. Meanwhile, Matthias Mueller, who took over in 2015 at the height of the Dieselgate scandal, has been moved out of the top spot.

(It’s a funny commentary that Mueller, the executive who saw the automaker through the darkest days of the diesel scandal that has cost the automaker more than $25 billion so far, has been dropped as chief exec. Mueller rode out the worst of the storm that also resulted in jail time for at least two VW execs. Six others have been indicted and have been advised to stay out of the U.S.

(Mueller and the board of overseers developed the strategy that mandates the automaker become the world’s biggest manufacturer of electric vehicles by 2025. The strategy also mandates that the automaker introduce 22 new electric models by the middle of the next decade. The new models include an entirely new family of vehicles under the VW brand, the I.D. series. At the moment, the line consists of a hatchback, the I.D. Buzz, a multipurpose vehicle (MPV), whose styling takes its cues from the Microbus of the 1960s and 70, the I.D. Crozz, an SUV and a newly added model, a crossover.)

Diess moved over from BMW in 2015 shortly before the Dieselgate scandal broke. It is a scandal that continues to plague VW in Europe. Diess primary mandate is now carrying out the automaker’s Strategy 2025.

Among the other three product groupings, one business unit will be dedicated to China, while another will take the automaker’s three truck divisions and combine them into a new Truck and Bus Division. Finally, another group will focus on research and development, sales and production.

Hans Dieter Pötsch, chairman of the supervisory board, said the moves are aimed at aligning the company “ … and its brands with future needs; to safeguard its position among the leaders of the international automotive industry with innovativeness and profitability, and to be instrumental in shaping tomorrow’s personal mobility with the strength of our group brands.”

He continued in calling Diess “the right manager to do that.” He continued that by “realigning the Volkswagen brand, he has demonstrated to impressive effect the speed and rigor with which he can implement radical transformation processes. The accomplishment makes him predestined to fully implement our Strategy 2025 in the decisive years that are now to follow.”

Diess appointment as CEO was followed by other changes in the management of the automaker.

LG's New EV Battery Plant Is a Welcome News for Tesla
Tesla Giga Berlin's New Hurdle: It's Not Only the Gov't, but Now Tesla Itself
END_OF_DOCUMENT_TOKEN_TO_BE_REPLACED