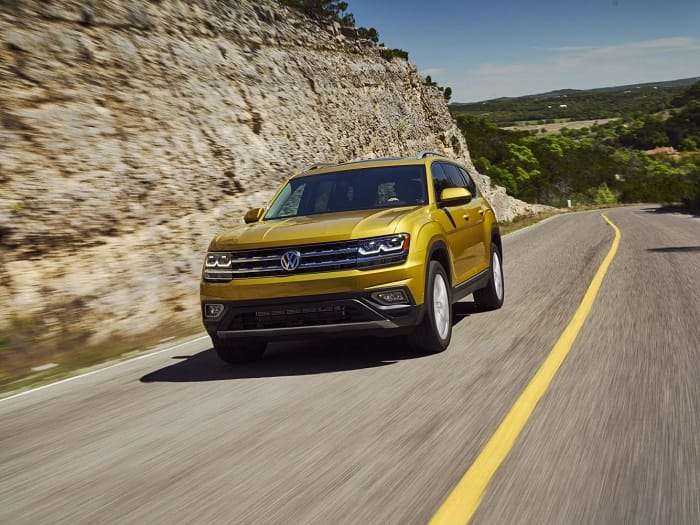 As the car show season rolls on – a couple of weeks ago it was in Detroit, then it moved to the Northwest and now it is back the Midwest – so do vehicle awards. This week, the Chicago Auto Show opened with the usual number of new-vehicle intros, as well as a number of awards.

For example, the 2018 Volkswagen Atlas was named MotorWeek’s Best Large Utility in their Drivers’ Choice Awards. The award was announced at the Chicago Auto Show, the largest consumer-driven auto show in North America.

Derrick Hatami, Volkswagen’s executive vice president of sales and marketing, told reporters that the automaker is “very proud of this win for Atlas.” Hatami continued that VW is “expanding its lineup with great new vehicles like the Atlas to offer better products with broader appeal to American families.” He said that awards “like this serve as proof” that the automaker is “hitting the mark.”

John Davis, creator and host of MotorWeek, noted that though VW’s entry into the three-row crossover market was late, the Atlas made up “for lost time.” Davis noted that the Atlas is roomier than just about everything “it competes against; it’s extremely comfortable, quiet, and packed full of technology that’s easy to use.” Davis concluded that Atlas “fits the needs of a growing, and on-the-go family perfectly.”

Volkswagen’s three-row Chattanooga-built Atlas was introduced in 2017 as the automaker’s first three-row SUV. Designed for the U.S. marketplace, the Atlas is available with two engine options – a 2.0-liter turbocharged four and a 3.6-liter V-6. There are five trim levels: S, SE, SE with Technology, SEL and SEL Premium. Atlas optional packages include 4Motion® the automaker’s proprietary all-wheel-drive system. The AWD system is available on most trim levels. Prices start at about $30,000.

All Driver’s Choice winners will be featured on a special MotorWeek episode on public television stations beginning Saturday.