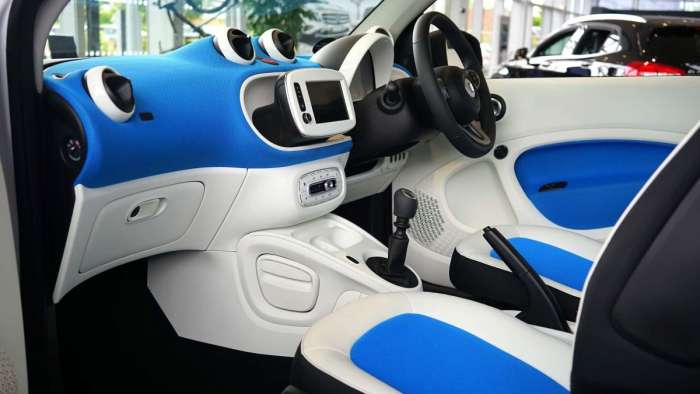 Volkswagen has become the first major automaker to commit to using 3D printing tech in its manufacturing process. The automaker is using the “HP Metal Jet” process, which simplifies and speeds up metallic 3D printing.

According to VW, the key advantage to 3D printing is the 50-fold increase in productivity as compared with other existing printing methods. And, so for the first time, three-dimensional printing is available for automotive manufacturing production.

Working with Hewlett-Packard, a leading printer technology provider and manufacturer, and GKN Powder Metallurgy, VW is taking the technology and folding into its mass production. The partners presented their new process for the first time at the International Manufacturing Technology Show (IMTS) in Chicago.

“Automotive production is facing major challenges: our customers are increasingly expecting more personalization options. At the same time, complexity is increasing with the number of new models. That’s why we are relying on state-of-the-art technologies to ensure a smooth and fast production. 3D printing plays a particularly important role in the manufacturing of individual parts.”

VW Vehicles Made Of 6-8K Parts

A Volkswagen vehicle is manufactured from 6,000 to 8,000 different parts. Previous 3D printing processes can, however, only be used for the special production of individual parts or prototypes. The additive 3D Metal Jet technology from HP allows the production of a large number of parts using 3D printing – without having to develop and manufacture the corresponding tools. This significantly reduces the time required to manufacture parts. As a result, the process is now also interesting for the production of large quantities in a short time.

“That’s why the new HP Metal Jet platform is an important step into the future for us [not only] as an automotive manufacturer, but also for the entire industry. And we look forward to helping shape this development and thus creating further added value for our customers in the future,” Dr Goede continued.

In collaboration with HP and GKN, Volkswagen is further developing the technology so that design elements can be printed in a small series at first. This will be the prerequisite, to be able to produce individualized design parts such as tailgate lettering, special gear knobs or keys with personalized lettering for customers without a great deal of effort. The plan is to be able to offer this kind individualization proposition to customers as soon as possible.

As early as next year, GKN Powder Metallurgy intends to establish a process chain geared toward automotive production in collaboration with Volkswagen. The first small components are to be used to further develop the technology so that the first structural components for mass-production vehicles can be printed within two to three years.

“A complete vehicle will probably not be manufactured by a 3D printer any time soon, but the number and size of parts from the 3D printer will increase significantly,” explained Dr Goede. “Our goal is to integrate printed structural parts into the next generation of vehicles as quickly as possible. In the long term, we expect a continuous increase in unit numbers, part sizes and technical requirements – right up to soccer-size parts of over 100,000 units per year.”

The new 3D printing process using the HP Metal Jet process is an additive process in which parts are produced layer by layer using a powder and binder. The component is then “baked” into a metallic component in the so-called sintering process. This differs from previous processes in which powder is melted by means of a laser.

Stephen Nigro, President of 3D Printing at HP Inc, said: “Volkswagen is driving unprecedented innovation as the automotive industry goes through its most transformational era since cars first rolled off the assembly line,” said Stephen Nigro, President of 3D Printing, HP Inc. “We’re proud to collaborate with Volkswagen to identify opportunities for production based on HP’s new Metal Jet 3D printing platform. Together we are engineering and testing solutions for mass-customization and the creation of higher-performance, lower-cost functional parts. And as electrification ushers in entirely new vehicle architectures, we’re excited to collaborate on future 3D applications such as the lightweighting of fully functional and safety certified metal parts.”