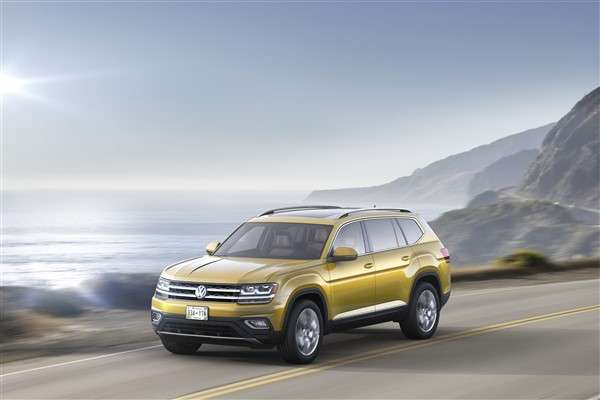 Is Red-Hot Car Market Cooling? July VW Sales Say A Bit, But Overall Year Not So Much

In a year when car sales for the first half went charging ahead, July sales seem to be indicating a softness and slowdown in the overall market. At Volkswagen, overall sales for the month were off a bit, but for the year, as a whole, they were still up a tad.
Advertisement

In a sign that the red-hot new-car market may be beginning its slow down, Volkswagen-branded vehicle sales were off by 5.8 percent in July, declining to 27,091 deliveries. Through the same period last year, VW moved 28,758 vehicles. First Half VW Sales Were Strong.

Deliveries of the Chattanooga-built three-row crossover Atlas continued strongly for the second month in July as VW ramped up its sales effort. Since June 1, when the crossover went on sale, sales are at 5,329 units.

Meantime, the long Tiguan, which officially went on sale July 1, joined Atlas and helped the automaker to hit the seven-month sales mark. At 593 vehicles, the long Tiguan has had an active startup. Since July 1, the long Tiguan and the standard Tiguan have been sold side-by-side with the shorter model assuming the name Tiguan Limited. For July, sales of the Tiguan Limited were 1,484 vehicles. Sales of the long Tiguan, so called because it rides on a platform that is nearly 11 inches longer than the standard model, have impacted overall Tiguan sales. Sales of the mid-sized crossover Touareg were also up at 475 for July up from 308 last year for a 54.2 percent increase. Year-to-date Toureg sales dipped from 2,511 to 2,105 or 16.2 percent.