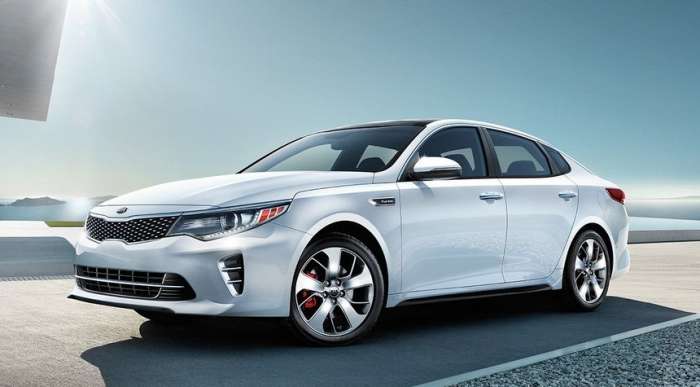 Kia has recalled 12,200 2016 Optimas to fix a major problem with their right front axle driveshaft. The automaker took quick action when it was determined the problem could cause the front axle to fail.
Advertisement

Though many people may not realize it, the Optima is Kia’s best-selling model worldwide. It makes sense, then, that the automaker would respond quickly if there were a problem that could require a recall, especially if the problem was major. Indeed, it is precisely the approach that the Hyundai subsidiary has taken.

According to a post on the National Highway Traffic Safety Administration’s (NHTSA) the recall covers only 12,200 2016 Kia Optimas. However, the problem for which they are being recalled is major. Because it is major, the automaker has wasted very little time.

According to the recall notice that appeared on the agency’s website over the weekend, the models in question have a problem with the right front driveshaft.

Specifically, the problem has appeared in some models built between Nov. 13, 2015, and April 23, 2016. The Optimas are equipped with the 2.4-liter four-cylinder powerplant.

According to the safety agency, the right front axle driveshafts on the vehicles involved in the callback may crack and fail. The automaker told the agency that if the driveshaft cracks and separates from the vehicle, the Optima will not be able to move forward. Further, there is a possibility the vehicle may roll if the driver leaves the vehicle without setting the parking brake – always a good idea, in the first place. In each case, you face an increased risk of a crash.

The automaker will begin notifying owners on Nov. 29. At that time, owners can contact their dealerships to schedule the repair. Kia will replace the faulty front driveshaft free-of-charge.

If you have questions or want further information on the recall, you can contact Kia customer service. The phone number is 800-333-4542. Kia’s number for this recall is SC139.