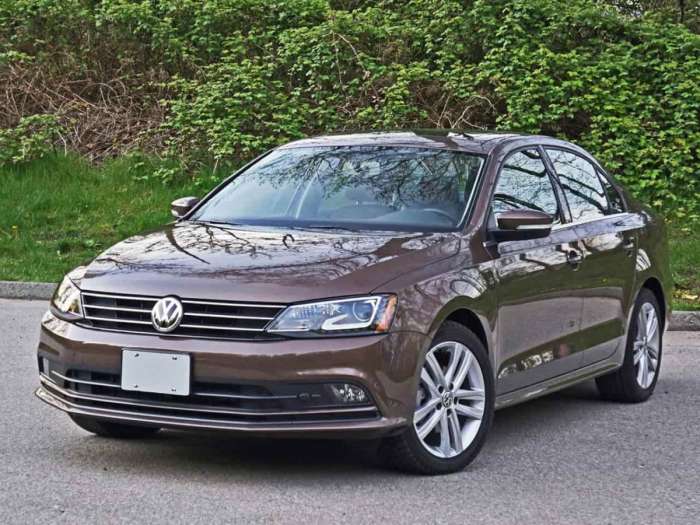 The Federal Bureau of Investigation and a Michigan sheriff's department have charged a pair of men with pilfering 61 vehicles that were bought back by VW in the VW Dieselgate scandal and stored. Some 45 were shipped off to other spots while another 15 were stored.
Advertisement

Do you remember the Dieselgate Scandal? That was when VW sold nearly 600,000 vehicles here – and 11 million worldwide – knowing the vehicles wouldn’t meet the rules set for nitrous oxide emissions (NOx). After nearly two years of back and forth on the issue, the automaker settled some lawsuits – class action, punitive and civil, paying fines, penalties and settlements that amounted to nearly $24 billion (now more than $28 billion). Part of the settlement was that VW turbodiesel owners were given the choice of giving back their vehicles for a considerable payout or having them repaired. Of course, nature being what it is, most owners opted for the big cash payout, though a small number did ultimately have them fixed.

Settlement Was A Good, But Costly Deal

Honestly, it was a good deal for both parties. VW was able to get millions of faulty vehicles off the road around the globe, while owners received hefty payouts. At one point, some vehicles were reported missing from at least three of the major storage sites, the parking lot at the former Pontiac Silverdome, Detroit. The automaker also leased, among other sites, old West Coast Air Force base.

This story should have ended, it didn’t. It seems that two years ago, two Michigan men saw what they believed was a rather unique opportunity – a large bunch of cars that just looked as if they were sitting there rusting out – in a parking lot near the Silverdome. No one was doing anything with the vehicles, VW four- and six-cylinder turbodiesels (TDI) models, and so the pair decided a little pilferage was in order.

According to the police, Daniel Onerati and Romane Porter, absconded with 61 VW and Audi turbodiesel models, setting them up for resale elsewhere. Between March and September 2017, the men quietly sold the vehicles.

FBI Was In On The Investigation

The Federal Bureau of Investigation and the Oakland [Michigan] County Sheriff’s Office Auto Theft Unit investigated the incidents, found and charged the pair. Onerati has already pleaded not guilty to the charges. He has been released on bail. Porter will go before a judge on April 12.

If either of them is convicted of selling the cars – or possessing them – each man could be facing 10 years in jail. If they are convicted of conspiring to steal the vehicles, each faces hard time of five years and $250,000 fines, as well.
Source: Automotive News

Paul Cahill wrote on March 15, 2019 - 9:49am Permalink
How did they get the key sand titles to the cars? Were they lazily stored in the glove boxes?