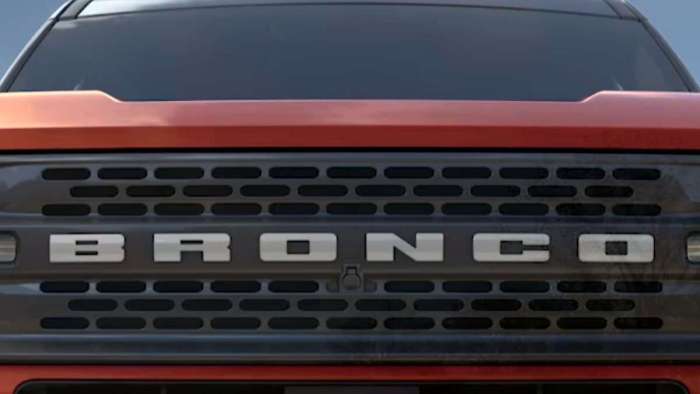 According to Automotive News, the safety agency launched an investigation into the 2021 Ford Bronco, equipped with the 2.7-liter EcoBoost engine, following three petitions requesting a defect investigation.

Automotive News notes that the safety agency has received 26 complaints that allege a power loss at highway speeds followed by no restart. The agency notes that the loss of power results from what has been termed catastrophic engine failures. The engine failures are the result of engine valves that have failed. NHTSA's probe covers 25,538 Ford Broncos.

According to the complaints the agency received, the screens of the rearview cameras are either black or show a red triangle and a circle with a line through it. The NHTSA probe covers roughly 190,000 vehicles.

A spokesman for General Motors (GM), Dan Flores, said the safety agency had told the automaker of the probe. In an emailed statement, he said that the "safety of our products is the highest priority for the entire GM team. We are cooperating with NHTSA in their investigation, and GM will continue our own investigations into this issue."

In the most significant investigation, NHTSA is looking at 1.3 million 2014-2020 Jeep Cherokees with water leakage problems. According to Automotive News, water can reportedly leak into those vehicles, causing activation of the electronic parking brake, stopping the vehicle while in motion.

In a separate Stellantis action, NHTSA has received 127 complaints that claim that crankshaft or camshaft sensor failures may cause stalling while driving. The complaints involve 2016 Jeep Compass and Patriot vehicles. The vehicles identified in the Stellantis (former Fiat-Chrysler Plymouth) recalls include vehicles built between May 9 and July 15, 2016. According to Automotive News, NHTSA reported that the vehicles were similar to those identified in an overall December 2016 recall but not included in its scope.

NHTSA has opened a recall query for further assessment into 289,000 vehicles to see if a recall is warranted.

NHTSA Probes 2019-2021 Pacifica Plug-In HybridsMarc Stern has been an automotive writer since 1971 when an otherwise normal news editor said, "You're our new car editor," and dumped about 27 pounds of auto stuff on my desk. I was in heaven as I have been a gearhead from my early days. As a teen, I spent the usual number of misspent hours hanging out at gas stations Shell and Texaco (a big thing in my youth) and working on cars. From there on, it was a straight line to my first column for the paper, "You Auto Know," an enterprise I handled faithfully for 32 years. Not many people know that I also handled computer documentation for a good part of my living while writing YAN. My best writing, though, was always in cars. My work has appeared in Popular Mechanics, Mechanix Illustrated, AutoWeek, SuperStock, Trailer Life, Old Cars Weekly, Special Interest Autos, etc. You can follow me on: Twitter or Facebook.