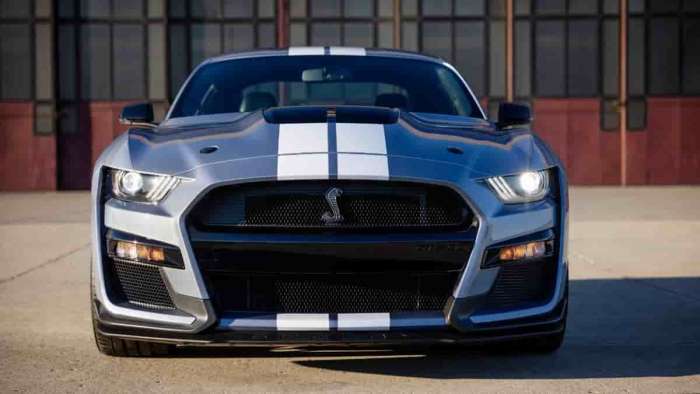 To honor the heritage and legend of Carroll Shelby, whose icon-shattering racers took the raceway at Daytona and LeMans and finished in a legendary 1, 2, 3 finish at LeMans, Ford has introduced a new 2022 Shelby Mustang GT500 and a new Coastal Edition.
Advertisement 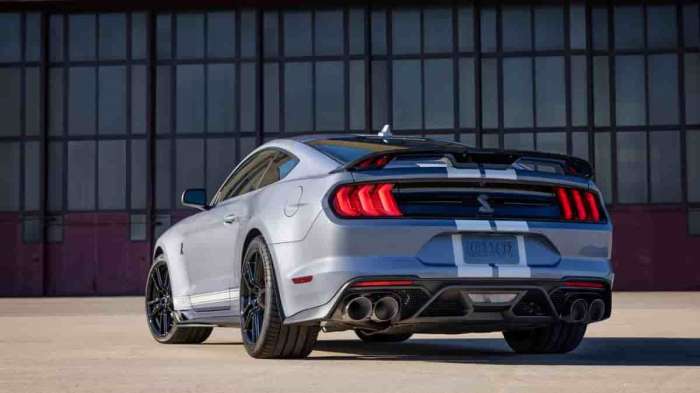 A couple of years ago, the powerful film Ford versus Ferrari set all kinds of records at the box office. Ostensibly, it presented the 1960s competition between Ford and the Italian carmaker during the hyper-partisan car wars of that era. The movie underscored the battle between Ford's GT40 MK I and MK II as Carroll Shelby's Shelby America, the creator of the vehicles, and the Ferrari, gained a new lease on life because of the competition.

The film showed the keen competition between Shelby's friend, driver, and car-tester Ken Miles and Ferrari's driver Bandini. The competition began with the 24 Hours of Daytona and flipped over to the 24 Hours of LeMans that the Ford entry won but was knocked back by a technicality allowing McLaren to post the victory.

Playing Carroll Shelby in the film, Matt Damon was understatedly spectacular in the role. At the same time, Christian Bale did a masterful job handling the role of Miles, died while testing an updated version of the Ford entry.

Perhaps the biggest takeaways from the 2019 movie included the apocryphal story of the disappearing stopwatches from the Ferrari team that mysteriously ended up doing lap times for the Ford team and the famous wrench that was heaved at Carroll Shelby by Miles that ended up with Miles' family.

Another exciting story involved the GT40's brakes. The GT40 was a strong runner. Its engine and transmission easily eclipsed the more delicate driveline of the Ferrari. The GT40 MK II clocked 218 mph at 8,000 rpm at one point. There was a problem, though, with the brakes.

Though they were disc brakes, the metallurgy of the time couldn't stand up to the heat generated by the MK II during the 24 Hours of LeMans. Ford had to pit with its brakes showing fire. The Ford mechanical team trotted out a complete brake system swap. Of course, Ferrari protested, but Ford won on a technicality, and the famed swap became the stuff of legend.

The GT40 MK I, II heritage has become part of the colorful Shelby legend that continues to endure today. Indeed, the Shelby heritage grew over the weekend with the 2022 Mustang Shelby GT500 Heritage Edition release.

2022 Mustang Shelby GT500 Heritage Edition
Since the first model more than half-a-century ago, the Mustang Shelby® GT500® has stood at the pinnacle of Mustang performance. It has continued to build on the legacy of Shelby's performance. With a reputation for transforming Ford Mustang into dominant road-racing machines, Carroll Shelby, American racer and entrepreneur, took his legendary Mustang GT350 model further in 1967 to craft the first-generation Shelby GT500 with a modified 428-cubic-inch V8 inspired by his team's 1-2-3 finish at Le Mans (GT40 MK II).

Carroll Shelby called the original Shelby GT500 "the first real car I'm really proud of." The Shelby GT500 is just as iconic today – as the most powerful and most advanced Mustang ever – as it was during its first iteration 55 years ago.

Dealer orders for the 2022 Shelby GT500 models, including the new Shelby GT500 Heritage Edition, opened on Nov. 15, with vehicles on sale in the spring of 2022.

Meanwhile, Shelby is looking at the Mustang Mach-E, Ford's electric entry, to see if the SEMA entry is up to tradition.

Mustang expands its special-edition offerings for the 2022 model year with the all-new Coastal Limited Edition available on the 310-turbocharged-horsepower Mustang EcoBoost Premium fastback and convertible.

The new 2022 Mustang Coastal Limited Edition embodies the freedom the legendary Ford nameplate has always embodied, yet uniquely appointed for those who want even more style with their shoreline driving adventures. The Coastal package adds19-inch machined-face aluminum with tarnished dark-painted wheels. Also, the package includes unique vinyl side stripes that trace down the vehicle and come over the hood. Plus, there is a signature Mustang rear fender side scoop, a black grille, a pedestal rear spoiler, a Coastal lighted sill plate, and a Coastal instrument panel badge. The Coastal Edition is exclusively available in Brittany Blue, Cyber Orange, and Rapid Red.

Customer orders for the 2022 Mustang Coastal Edition are now open at Ford dealers, with vehicles on sale in the spring of 2022. The 2022 Mustang EcoBoost Premium has a starting U.S. MSRP of $32,225 (not including the $1,195 destination fee), and the Coastal Limited Edition package is available for an additional $1,995.

Harold Grimm wrote on November 17, 2021 - 7:59am Permalink
Really enjoy reading your articles. Have been a Motörhead my entire life.

LG's New EV Battery Plant Is a Welcome News for Tesla
Tesla Giga Berlin's New Hurdle: It's Not Only the Gov't, but Now Tesla Itself
END_OF_DOCUMENT_TOKEN_TO_BE_REPLACED