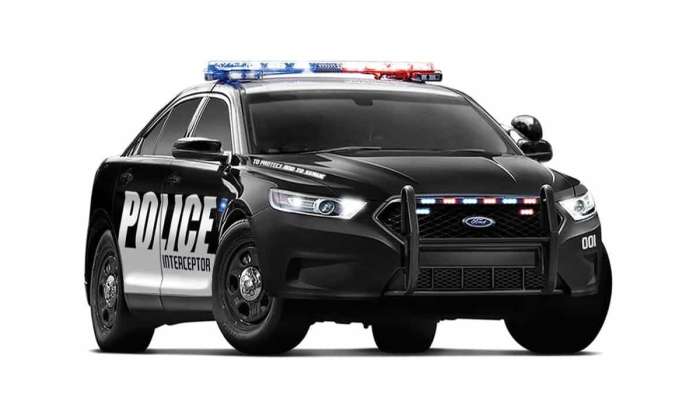 Ford has issued a recall for 230,000 Taurus Police Interceptors, Ford Flex, Ford Taurus SHOs to repair a weakened rear toe link. The toe link problem arises from the number of times the vehicles are slammed into gear to chase bad guys.
Advertisement

If you watch police dramas on TV or in the movies inevitably you will see an officer jump into a cruiser – usually a Ford Police Interceptor – slam the vehicle into gear, and go tearing off down the road as he or she chased and mostly caught the bad actors, one way or another.

Not Really Recommended For Vehicles

As you might expect, this action hasn’t been especially healthy for vehicles. With this type of abuse, it comes as little surprise that Ford has issued a safety recall for, among other vehicles, 2013-2018 Ford Taurus Police Interceptor Sedan. The same recall also covers other Ford and Lincoln vehicles including:

Nearly 230,000 vehicles are involved in this recall that affects cars in the United States, Canada, and Mexico. According to the automaker, the affected vehicles are exposed to full rear-suspension articulation (jounce and rebound) and may experience a fractured rear suspension toe link. If a back toe link fracture occurs while driving, it increases the risk of a crash. I have also reported on other Ford recalls in the recent past, including one where the automakerrecalled 600,000 vehicles to repair a sticking brake valve. and another where the automaker recalled half-a-million Super Duty pickups over a potential fire problem.

Ford has said it is not aware of any reports of accidents or injuries that are related to this condition. The recall action affects 211,207 vehicles in the United States and its federal territories, 15,281 in Canada, and 1,396 in Mexico.

Dealers will replace the left- and right-hand rear suspension toe links with newly forged toe links. The Ford reference number for this recall is 20S04.

Tesla Giga Berlin's New Hurdle: It's Not Only the Gov't, but Now Tesla Itself
Teslas Are Sold Out Until 2023, But The Timing May Reverse
END_OF_DOCUMENT_TOKEN_TO_BE_REPLACED