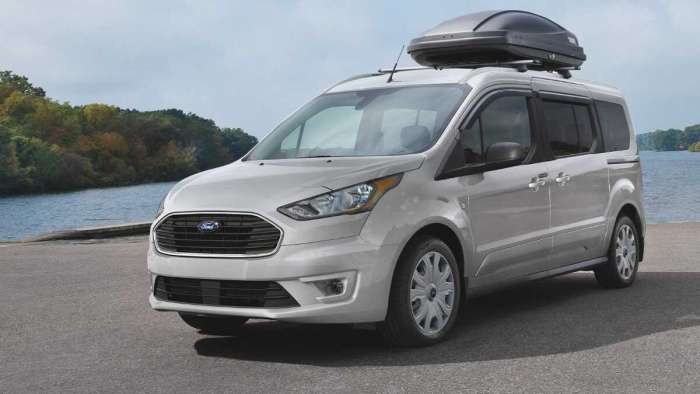 Ford To Halt Sales of Transit Connects Next Year

Ford has decided to eliminate sales of Transit Connect compact vans next year. Planning now calls for the automaker to make up any lost sales with an expanded family of full-sized Transit vans.
Advertisement

If you like Ford's small Transit Connect van, you had better get in line now to purchase one or two or a dozen if you need that many, as the automaker has plans to end sales of the van by the end of next year, according to Automotive News.

The trade paper noted that the automaker canceled plans to build the next-generation Transit Connect van in Mexico. According to three knowledgeable people familiar with the plan, Ford developed a plan last year to produce the next-gen version of the van, "code-named V758," at the automaker's Hermosillo, Mexico, Assembly Plant. Under the plan, Transit Connects would have shared the same platform as the popular Maverick compact pickup and the Bronco Sport, both built at Hermosillo.

Currently, Ford imports its Transit Connects from Spain. According to the sources that discussed the plans with Automotive News, the automaker scrapped the plans and will stop importing the compact van from Spain by the end of next year. Although the Transit Connect will no longer be sold in the U.S., the marque will still be sold in Europe.

If the plan had gone forward, Automotive News said, the van would have expanded the automaker's use of the C2 front-drive platform. This architecture is the basis for the Ford Escape and Lincoln Corsair crossovers. Transit Connects are available in commercial and passenger versions.

The trade paper noted that sales have slipped. In July this year, sales were down about 15 percent, or 15,919 vehicles.

Under Ford's CEO Jim Farley, commercial vehicle sales are essential to the business model. Indeed, the trade paper noted that Farley created the Ford Pro division to cater to commercial buyers by offering a comprehensive suite of vehicles and services.

Automotive News pointed out that the automaker could very likely make up for sales of the compact Transit Connect van with its "growing lineup of full-sized Transit vans." Already, the full-sized van not only serves a commercial role, but the automaker has added a fully electric version of the Transit van, the E-Transit. Next year, the Transit family will grow again with the addition of an off-road version, two people familiar with the plan told the trade paper.