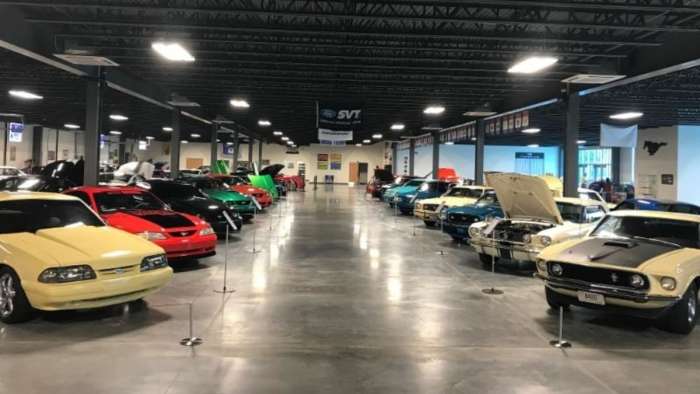 Why the Mustang Owner's Museum Wants to See Your Car

The Mustang Owner's Museum is putting out a call to Ford Mustang owners. It needs more vehicles and may want to put yours on display.
Advertisement

The Mustang Owner’s Museum is dedicated to the Ford Mustang and especially the people who love them. More than 10 million Mustangs have been built, in the U.S., since the pony car debuted as a 19641/2 model. It is still the top selling performance or sporty car, month in and month out. It is one of the longest continually produced name plates in history.

The National Mustang Owner’s Museum officially opened to the public, this year, on the anniversary of the Mustang’s debut at the New York World’s Fair in 1964. The museum, located in Concord, North Carolina, had a four-day event, including track events at the nearby Charlotte Motor Speedway.

Now that the museum is open on a daily basis, they are looking to add more Mustangs to the display area. Some owners agreed to display some rare and very valuable vehicles for the museum’s grand opening, but now are taking their vehicles off display. The museum is inviting other Ford Mustang owners to display their prized pony cars for a short time.

The Museum stresses that it has a number of ways that it selects the different vehicles for display. According to the museum, “We do not have one set of criteria to use when it comes to selecting the vehicles. Sometimes it is the story, sometimes it is the rarity and sometimes it just shows the wide interest range of Mustang owners.”

Mustangs From Every Generation

The museum prides itself on displaying Ford Mustangs from all generations and from restored to original and some from racing. The museum uses the different vehicles to illustrate the popularity of the Mustang and why they felt a museum was necessary to highlight the Mustang’s 55-year history.

The 2020 Ford Mustang Shelby GT500 made its debut at the North American International Auto Show, in Detroit, in January. It will have a supercharged V8 promising 700 horsepower. It is expected to be the most aerodynamic and powerful Mustang ever built as a production car. This comes on the heels of the 2019 Bullitt Mustang that was incredibly popular. The 2019 Bullitt Mustang is a modern-day homage to the original Bullitt that Steve McQueen drove in the movie. Both vehicles demonstrate the love that drivers have for the original pony car.

What a kick to have your vehicle displayed at a museum. Depending on the long-term success of the Mustang Owner’s Museum, the honor may one day also add value to your vehicle.