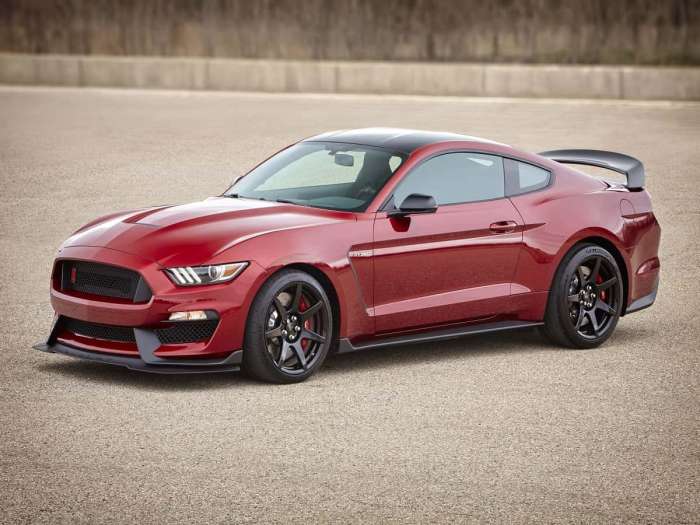 Get ready to rev it up with hundreds of your Ford Mustang owning friends. The Mustang Owner's Museum finally has set its Grand Opening schedule and it looks like they are planning a big bash.
Advertisement

The Mustang Owner’s Museum plans to officially open for the 55th Anniversary of everyone’s favorite pony car. The Museum will be a shrine to the Ford Mustang with examples and exhibits dating back to the 1964 Ford Mustang, the vehicle that really started the pony car era. With Ford already selling its 2019 Bullitt Mustang and planning a 2020 Ford Mustang Shelby GT500, Mustang is one of the longest continually-produced nameplates in history.

The National Mustang Owner’s Museum has been open in a temporary or preview location while it has been building its permanent facility nearby. The Museum is scheduling its Grand Opening to coincide with Mustang’s 55th birthday, in April of 2019.

The Museum is planning a 4-day event, April 17-20, 2019. The celebrations will be held in and around the museum, including a track event at the nearby Charlotte Motor Speedway. The Speedway hosted events for Mustang’s 40th and 50th anniversary celebrations, so organizers say it is natural that some events would be scheduled there. The Mustang Owner’s Museum is located in Concord, North Carolina, about a mile from the Charlotte Motor Speedway.

The celebrations include an open track event at the Charlotte Motor Speedway. Those events are extremely popular because they let registered owners take their vehicles out on the track to see how they perform. Typically, the events are held with some restrictions to insure everyone’s safety, but they are great opportunities to let drivers see how their muscle cars truly handle in track situations.

Organizers are also hoping to set a Guinness World Record parade lap at the Charlotte Motor Speedway, hoping to get a record number of Ford Mustangs to participate. There will also be a parade lap on another day so that everyone who wants to just get the feel of driving on a race track can get in on the action.

They are planning a couple of big dinners or banquets, one establishing a “Hall of Fame” and also featuring guest speakers. Although they are not yet announcing who the speakers will be, in the past they have featured key Ford designers and engineers, as well as guest speakers from well-known Mustang customizers like Holman and Roush. Ford has also cooperated with the Mustang Owner’s group providing speakers, exhibits, displays and suggestions over the years.

The week-end will also include a huge Mustang car show and contest.

The Ford Mustang is one of the most beloved vehicles in history. The Henry Ford Museum in Dearborn has an entire exhibit on the popular pony car and how it changed America. It was one of the first really fun, affordable vehicles that was marketed to younger people. The other Detroit manufacturers were quick to follow with the Chevrolet Camaro and the Dodge Charger.

Chris wrote on July 9, 2018 - 9:14am Permalink
Absolutely! I'm lucky enough to have this The Mustang Owner's Museum my area and have checked in on the progress several times. There's a small "preview" museum while the permanent one is being built. It will be a neat place to visit.