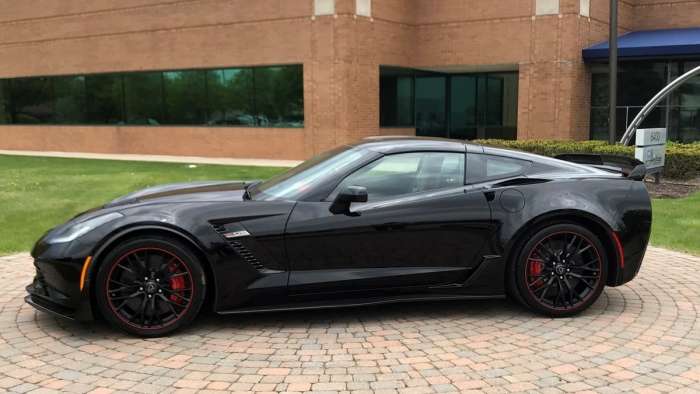 Barrett-Jackson will be selling a piece of Corvette history for charity, this week. How you can own what is sure to be a collector's item forever.
Advertisement

Barrett-Jackson this weekend will have the honor of auctioning the last of the seventh-generation Corvettes. The auction house says that this vehicle is certain to mark a monumental moment in General Motors history. Chevrolet is switching to a new mid-engine Corvette, with an all-new body design. The eighth-generation of the performance car is due to be unveiled on July 18, 2019.

Realistically, the final 2019 Chevrolet Corvette could be the last front-engine Corvette ever built. If Chevrolet is successful with the new mid-engine design, that would make the last C7 even more of a collector’s item.

According to the Barrett-Jackson brochure, “The last-built seventh-generation Corvette (Lot #3001). The car on the auction block will be an exact replica of the vehicle the winning bidder will receive, with the production date yet to be determined. The last C7 Corvette will be a black Z06 coupe with Adrenaline Red trim, a custom-wrapped red interior package that includes Performance Data Recorder and navigation, an aluminum 6.2-liter LT4 supercharged V8 engine delivering 650hp at 6,400 rpm, a 7-speed manual transmission and Brembo brakes.”

Experts expect this last C7 to bring in at least $1 million for charity. Proceeds will go to the Stephen Siller Tunnel to Towers Foundation, which supports first responders and injured service members. The money will be designated for the foundation’s Smart Home Program, which builds smart homes for the most catastrophically injured service members returning home. Each smart home is custom-designed to offer the most help for each individual. Because Barrett-Jackson waives all fees for the special charity vehicles, all of the profits will go directly to the Stephen Siller Tunnel to Towers Foundation. Barrett-Jackson has raised over $115 million for charity through its auctions.

When GM Chairman and CEO Mary Barra announced the sale of the last C7 for charity she said, “The sale of this iconic Corvette will help the foundation continue its good work, and pave the way for the next-generation Corvette that we will introduce on July 18.”

The Barrett-Jackson Northeast Auction will take place at the Mohegan Sun, in Connecticut, June 26-29, 2019.

Update: The C7 Corvette Inventory Is Diminishing Regardless of Upcoming C8 Reveal. Also, see my latest story on this subject, titled "Barrett Jackson Corvette Mid-Engine Mania: Who Is Paying $3 Million for the 1st 2020 Vin."