After years of speculation, rumors and spy shots, we know that the mid-engine Corvette is officially coming this summer.
Advertisement

Yesterday afternoon, General Motors CEO Mary Barra arrived at the Footsteps to the Future Gala in New York in a camouflaged sports car driven by Chevrolet Corvette Chief Engineer Tadge Juechter. That mysterious sports car is the same test car that photographers have been capturing for years, speculating that it is a mid-engine Corvette, but at this point, there is no question.

To be clear, the images shared here are not third-party pictures; these were images issued by General Motors. They are the real deal and they are the first official confirmation of the next gen Corvette program with an obvious shift to the mid-ship design. There are no other details, but for now, all that matters is that we know that the next step in the evolution of the Corvette is coming on July 18th. 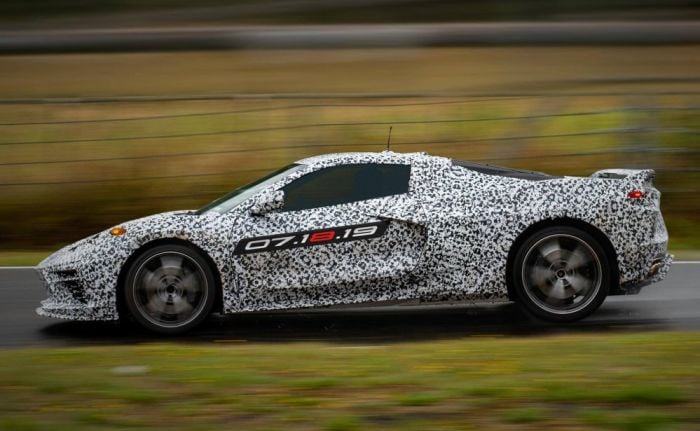 Of course, the Ford GT has a mid-engine design, but that is a boutique car sold in such limited numbers that there is really no measure of true sales success. On the other hand, if the C8 Corvette with the mid-engine design sells in greater numbers than the C7 with the front-engine layout, we could see more attempts at American mid-ship performance cars in the future.