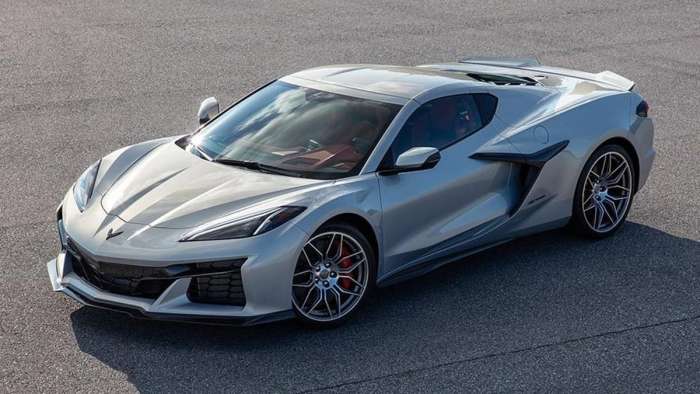 Fans have been waiting for years to see the Z06 version of the C8 Corvette. Chevrolet is releasing details on how everyone can see the unveiling at the same time.
Advertisement

Chevrolet is continuing to build excitement for the launch of the 2023 Corvette Z06. Chevrolet announcing today that it will hold a worldwide reveal of the all-new 2023 Corvette Z06 at 12:00 p.m. EDT on October 26, 2021. The reveal will actually be a film that will be followed by a panel discussion about Chevy’s performance version of the C8 supercar.

As I reported on September 27th, Chevrolet released the first uncamouflaged photo of the highly anticipated 2023 Corvette Z06.

To watch the debut, go to www.chevy.com/Z06. If you go there now, you get a countdown clock and the videos of the 2023 Corvette Z06 that Chevrolet has periodically released.

Fans have been waiting for a Chevrolet mid-engine Z06 ever since the mid-engine Corvette Stingray was introduced two years ago. Chevy did not give a specific reason for the timing of unveiling the supercar.

President Joe Biden said earlier this year that Corvette is also working on an electric version of the mid-engine supercar. Chevrolet is not commenting on when we might see that version. I was surprised that GM Chair and CEO Mary Barra did not mention the Corvette EV during the recent investor days. There is a strong possibility that the EV version, often referred to as the ERay, could be unveiled at the Los Angeles Auto Show, which highlights electric vehicles.