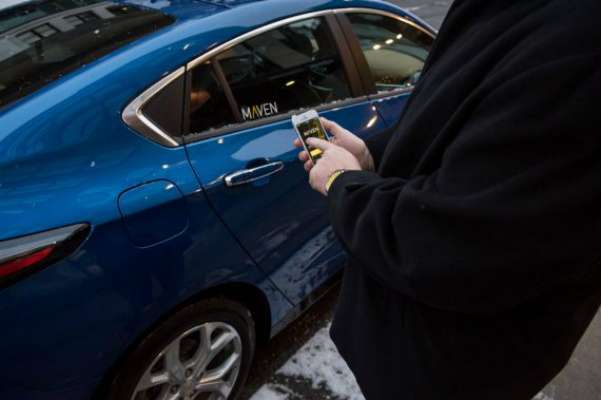 Just a little over two weeks ago, GM announced its car sharing program was expanding into Los Angeles. Today they are adding Denver and San Francisco.
Advertisement

General Motors and its car sharing program, called Maven, used the timing of the Los Angeles auto show to remind people that they are now operating in Los Angeles. They also announced that they are adding two more cities, San Francisco and Denver, Colorado.

Maven is racing to compete with Ford’s mobility programs as well as the little Car2Go program that rents Smart cars by the hour. Ford has invested heavily in shuttle and bike-sharing programs, as well as Zipcar vehicle sharing. Maven allows drivers to rent General Motors’ vehicles for as little as $8 an hour. The hourly cost includes insurance and fuel. Customers do not have to pay a membership fee to join Maven.

It is a move that may seem counter-intuitive to some, automakers encouraging potential drivers not to own cars. In reality, it is brilliant marketing that can encourage brand loyalty among drivers who are not yet ready or able to buy the vehicle of their dreams.

Maven offers customers their choice of a range of GM vehicles. For example, Denver customers can try out the hybrid electric Chevrolet Volt or larger models such as the Chevrolet Tahoe and GMC Yukon. Additional models are the Chevrolet Cruze and Malibu, GMC Acadia and the Cadillac ATS, CT6, CTS and Escalade. Several vehicles include either a bike rack or ski rack.

The vehicles will be scattered through-out the Denver metro area. Crissy Fanganello, Denver’s head of transportation says “We welcome Maven to the Mile High City as a new provider of car-sharing services, car share provides another option to get around town, reduces the demand for parking and incentivizes people to explore a car-lite lifestyle.”

Denver has suffered from growing traffic problems in recent years because so many are moving to the city. The city has been investing in light-rail and rapid transit to ease traffic congestion.
Maven’s move into San Francisco will compete head-on with Ford. Earlier this year, Ford bought a shuttle service called Chariot that operates 100 routes through-out the city. It encourages people to drive as far as is necessary and perhaps ride the shuttle to their destination. It also suggests drivers may ride the shuttle and then bike or walk the rest of the way.

Studies have repeatedly shown that millennials are more concerned about having a phone than a car. It is an odd point in history, when young people are no longer driven by the desire to get their driver’s licenses. In large cities, mass transit has expanded enough that many young professionals may not need a vehicle full-time. But everyone needs a vehicle at some point.

Maven and other car sharing programs give urban dwellers the opportunity to get that much needed transportation quickly and conveniently. Ford invested in Zipcar ages ago, targeting millennials in large cities and on college campuses who might need short term rentals. Car2Go and its fleet of tiny Smart cars are visible on city streets in places like Denver, San Diego and Austin.

Today’s announcement means that Maven will now be operating in 13 cities in the U.S. The average Maven rental is for more than 12 hours and travels about 100 miles. Drivers register through MavenDrive.com.

Toyota's First EV Will Have a Name of BZ: Toyota BZ
First Videos From Inside The Boring Company's Las Vegas Loop
END_OF_DOCUMENT_TOKEN_TO_BE_REPLACED