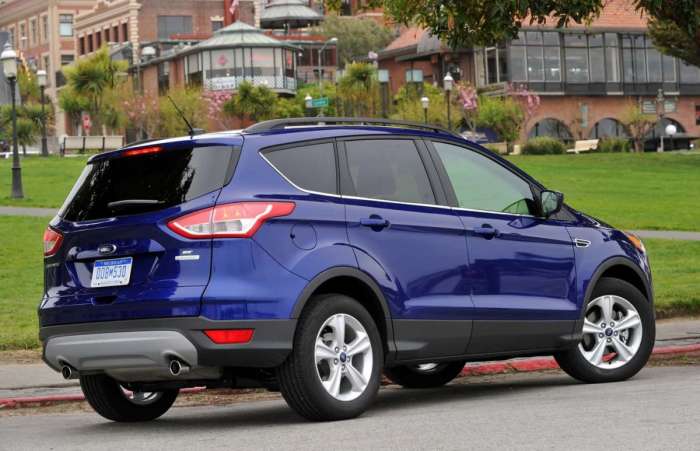 Ford Recalling 550,000 Escapes and Fusions for Danger of Rolling Away

Ford is recalling 550,000 2013-14 Ford Escape crossovers and 2013-16 Ford Fusion sedans because of a problem that could allow the vehicles to roll away when the driver believes the vehicle is in park.
Ford is not aware of any accidents or anyone being injured because of this problem that is tied to a transmission cable.

Roll Away Risk Because of Faulty Cable Connector

Technically, a bushing that connects the shifter cable to the transmission can come loose. That could allow the transmission to be in a gear that doesn’t match what the driver sees on the dashboard or gear shift.

According to Ford, “The condition could allow the driver to move the shift lever to “Park” and remove the ignition key, while the transmission may not be in “Park,” with no warning message or audible chime. If the parking brake is not applied, a degraded shifter cable bushing that detaches from the transmission could result in unintended vehicle movement, increasing the risk of injury or crash.”

Dealers will replace the faulty shifter cable bushings for free. In the meantime, drivers are being warned to use their parking brakes.

You can check on this recall or see if your vehicle is involved in any other recall by logging on to www.safercar.gov.