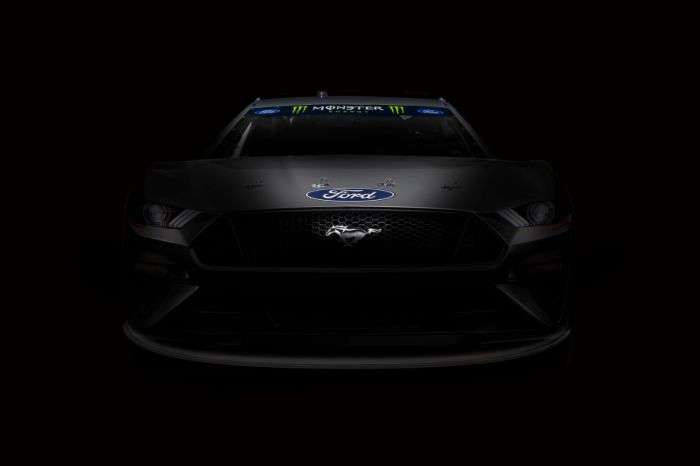 Ford is using Mustang's birthday week to announce that the iconic pony car will be the company's new contender in the NASCAR Series for 2019.
Advertisement

The Ford Mustang is having a huge week, celebrating its birthday and National Mustang Day. Now, Ford is announcing that the Mustang is heading to the NASCAR Monster Energy Cup Series for the first time. The Ford Mustang will race into stock car racing’s top league, starting with the 2019 Daytona 500, in February.

Edsel B. Ford II, who is a member of Ford’s board of directors, says in a statement, “Mustang is a car that is woven into the fabric of our country, and it’s only right that we put it on the track in NASCAR’s most visible series. I can’t wait.”

Chevrolet recently switched its NASCAR body style to the Camaro ZL1. Toyota dominated many of the races in 2017, mostly because of its sleeker new Camry design.

Ford is hoping the new body style will help it better compete. Mark Rushbrook, director of Ford Performance Motorsports says, “We’re combining America’s favorite sports car with America’s top stock car racing series. Mustang always has been about affordable performance, which can be traced to innovations we’ve made competing in racing, like NASCAR. Mustang is a perfect fit for our racing heritage today and tomorrow.”

The old adage in the National Association of Stock Car Auto Racing is “Win on Sunday, Sell on Monday” suggesting that racing success is directly related to selling the performance cars to the public. Mustang is already a huge seller and the most popular sports car worldwide. The additional notoriety from racing can only help.

In recent years, Ford has used the Taurus and Fusion as its race car models. Of course, while these are considered stock cars, they are really nothing like actual street cars. They are stripped of most accessories to lighten them and are reinforced to protect the drivers.

Ford has six organizations and 13 teams using its models in the NASCAR lineup, including Wood Brothers Racing, Roush Fenway Racing, Team Penske, Stewart-Haas Racing, Front Row Motorsports and Go Fas Racing. Some of the Ford drivers, like Brad Keselowski, have complained that Ford needed to do something to better compete with the redesigned Camry race car.

The new Mustang body is still going through testing and will be formally submitted to NASCAR for approval this summer. Ford isn’t saying when the public will get to see the new race version.