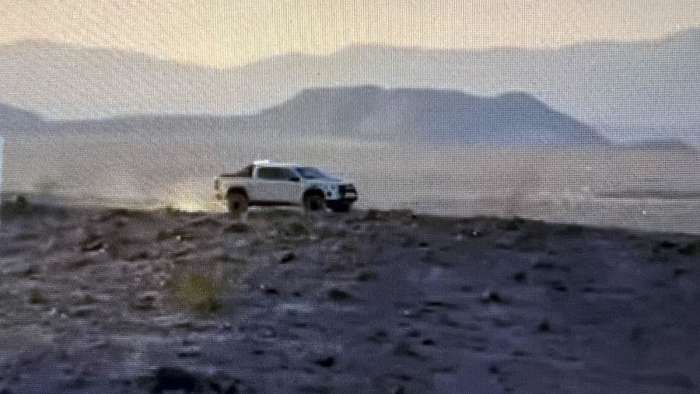 Chevrolet is teasing an updated 2023 Chevrolet Colorado ZR2 and promising that the new truck will "Push the Limits" of off-roading and allow drivers to push their limits as well. The video released by the automaker shows the truck from a long distance away, but it is kicking up plenty of dust and looks formidable.

When We Will See the 2023 Chevrolet Colorado ZR2

Chevrolet plans to unveil the 2023 Chevrolet Colorado ZR2 on July 28th, 2022. The off-roading space is hot right now despite soaring gas prices. It is perhaps a carry over from the pandemic that so many adventurers are investing in vehicles that can take them or their families off into the great outdoors. The video shows the truck with a large "Safari Bar" on the front, and the truck sits on huge tires.

Chevrolet has described the 2022 Chevrolet Colorado ZR2 Bison as "being for the person who loves “putting off-road capability to the test on some of the most rugged trails nature has to offer”. Made in collaboration with American Expedition Vehicles (AEV), the Colorado ZR2 Bison features off-road enhancements and higher levels of performance that let it tackle any terrain like a beast. It is said to have impressive features and was built to explore the boundaries of overland adventure. At this point Chevrolet is not saying how the 2023 version will be upgraded or modified. The Chevrolet Colorado has been getting a more aggressive looking exterior in the last few years.

Just last week, Chevrolet teased the 2023 Chevrolet Silverado ZR2 Bison. Chevrolet said the vehicle would be revealed this summer but did not give an exact date. Now there are two off-roading vehicles debuting in the Chevy line-up. Fans will have the opportunity to review both and see what size best fits their needs.