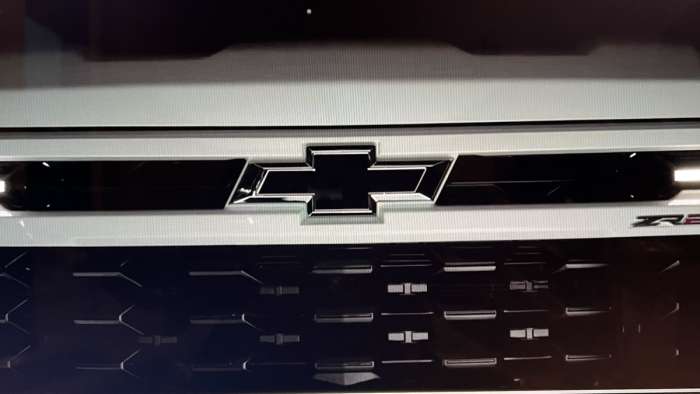 Chevy Has a New Entry in the Off-Road Truck Wars: 2023 Silverado ZR2 Bison

Chevrolet is teasing the 2023 Silverado ZR2 Bison, which has all sorts of off-roading upgrades. It is gearing up to take on the F-150 Raptor and the Ram 150 TRX.
Advertisement

Chevrolet is teasing a new version of the Silverado that will be tricked out for extreme off-roading. The new truck will be a 2023 Silverado ZR2 Bison, which Chevy is building using American Expedition Vehicles (AEV) features. The 2023 Silverado ZR2 Bison is expected to have many of the beefed-up characteristics of the 2022 Chevrolet Colorado Bison that was also built in conjunction with AEV.

The video shows the bumper and undercarriage of the truck, all the way to the multi-flex tailgate. The new truck has reinforced skid plates to protect the underbody while off-roading. It also shows updated badging and different lighting. Chevrolet says full vehicle specs will be shared later this summer.

On the Chevy MyWay truck page, it describes the 2022 Chevrolet Colorado ZR2 Bison as being for the person who loves “putting off-road capability to the test on some of the most rugged trails nature has to offer”. Made in collaboration with American Expedition Vehicles (AEV), the Colorado ZR2 Bison features off-road enhancements and higher levels of performance that let it tackle any terrain like a beast. It is said to have impressive features and was built to explore the boundaries of overland adventure.

The 2023 Chevrolet Silverado ZR2 Bison is expected to have similar or even better AEV features.

Despite rising gas prices and the push toward electric vehicles, the off-roading trucks like the Ford F-150 Raptor and the Ram TRX are still incredibly popular. Chevrolet obviously sees room in that market for another competitor. It will be fascinating to see how Chevy intends to battle the others for off-road supremacy.