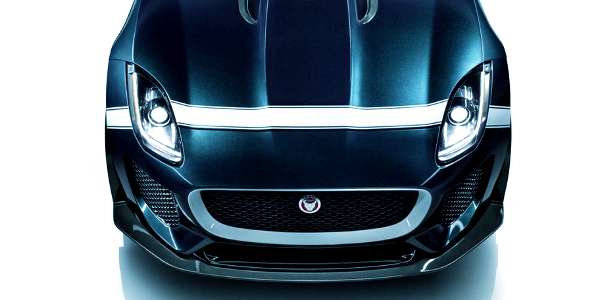 The British Spy known as James Bond is the definition of sophisticated swagger, so why not have him drive a new Jaguar F-Type. It’s the power he needs and the sexy style that Bond is known for.
Advertisement

Jaguars have been in a few James Bond movies but never driven by Bond himself. In Die Another Day Zao (a villain) drove an XKR equipped with a front grille machine gun, door panel missiles, rear mounted Gatling gun, and boot mounted mortars. Wow, that’s a Jaguar packing some serious firepower! Skyfall featured a Jaguar XJ (X351) that was M’s official British Intelligence car used in several scenes. During Casino Royale and Quantum of Solace a Jaguar XJ8 was driven by three different actors.

So we know that Jaguar has been used in some recent Bond movies, but why has the British agent not driven a Jaguar himself? Although most of the vehicles Bond has driven throughout his history of movies have been Aston Martin, he’s used a few other memorable cars. He drove a sleek looking Lotus Espirit Turbo in For Your Eyes Only (1981) and then another special Lotus Espirit that transformed into an underwater sub in The Spy Who Loved Me (1977).

Some of the most famous cars Bond has sported includes; Aston Martin V8 Vantage (The Living Daylights, 1987), Aston Martin DBS V12 (Casino Royale, 2006), and the iconic Aston Martin DB5 (Goldfinger, 1964). The famous DB5 has made other appearances in Thunderball, Goldeneye, Tomorrow Never Dies, and Casino Royale so it seems to be Bond’s car of choice. And it is also the car that comes to mind any time you think of Bond in a chase scene running from the villains.

Speaking of villains and cars, more details have emerged about the latest James Bond movie Spectre. Bond gets behind the wheel of Aston Martins new DB10, however the villains have been slated to give chase in three vehicles from Jaguar Land Rover. Three different models from Jaguar’s Special Operations division are set to make a big screen debut in Spectre, the 24th installment of Bond’s 007 movies. The Jaguar C-X75 (Hybrid-Electric Supercar) is a 778 horsepower power house that might be hard for Bond to handle. The Range Rover Sport SVR and the mighty Land Rover Defender Big Foot are sure to make a splash as well. The Defender Big Foot is sporting 37 inch off-road tires and enhanced body protection that I’m sure will be needed to fend off the assaults from Bond as saves the day.

Now back to my original question, just why has Bond never been given an opportunity to drive a Jaguar? Maybe after the Super F-Type is finally unveiled, Bond will get his chance to open up the Jaguar F-Type and let the world see just how powerful the cat’s growl can be. To me it just seems fitting that the worlds most beloved British undercover agent would drive a car with the same powerful yet elegant persona Bond has.