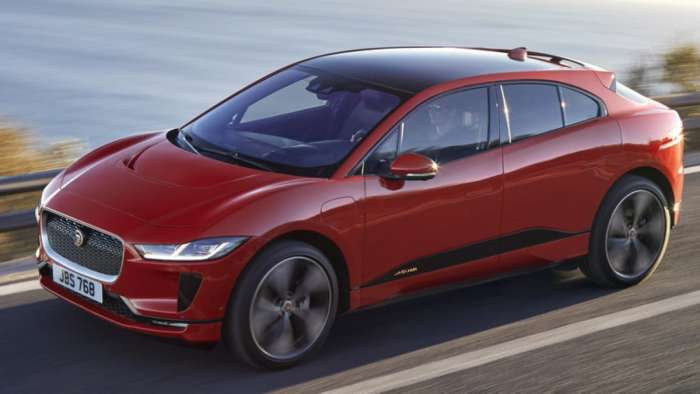 As one of four electric vehicles taking part in the Winter Vehicle of New England, the 2019 Jaguar I-Pace offers all-wheel drive and a plush interior.
Advertisement

One of the biggest knocks on electric cars is their ability to handle winter. In fact, last year this AAA study showed electric vehicle range was cut dramatically in winter.

Not only do they not provide waste heat to keep passengers warm in the winter, their batteries also lose efficiency in the cold. Sometimes it seems like electric cars are a California invention, designed in and for the Golden State’s famous temperate climate.

California isn’t the only state, however, plans to require electric-vehicle sales going forward. The other states are mainly in the Northeast, where winters can be severe.

Here in New England (where five of the six included states have plans on the books that already require some level electric-car sales, at least in theory, we don’t shy away from testing electric cars in winter. In fact, at the recent Winter Vehicle of New England Test Days, sponsored by the New England Motor Press Association, four of the contending vehicles ran on electricity—three pure electrics and one plug-in hybrid, designed to drive most miles on electricity without provoking range anxiety in its driver.

We’ve spent time with all these vehicles recently, and had a chance to take a brief video look at all of them during a short break in winter testing. Over the next few weeks, we’ll take a brief look at each of them.

The Jaguar I-Pace was the first long-range, pure-electric car to reach the market to compete with Teslas. It was also the first electric SUV besides the Tesla Model X.

Starting at $71,585, the Jaguar undercuts the Model X by $20,000, though unfortunately it’s range also falls short of the Model X. Unlike Teslas, the Jaguar still gets buyers up to $7,500 back on their federal tax return under the Alternative Fuel Vehicle Tax Credit.
The EPA estimates the I-Pace will go 234 miles on its 90-kWh battery. Worse, testers have found that that estimate, and the estimates displayed in the I-Pace’s instrument cluster, are less reliable than those in most other electric cars, which makes it difficult to gauge how much farther you can drive before charging.

Inside the car, things are also a mixed blessing. Some drivers love the fact that the I-Pace is an electric with true luxury interior materials, where Teslas can sometimes feel cheap. Where Tesla has it beat is with its simple-to-use center touch-screen computer, which, in real Silicon Valley form, is snappy, quick, and easy to use. Jaguar’s can be an exercise in frustration.

Also watch: This Taxi Operator in Munich Uses Only Electric Jaguar I Pace.