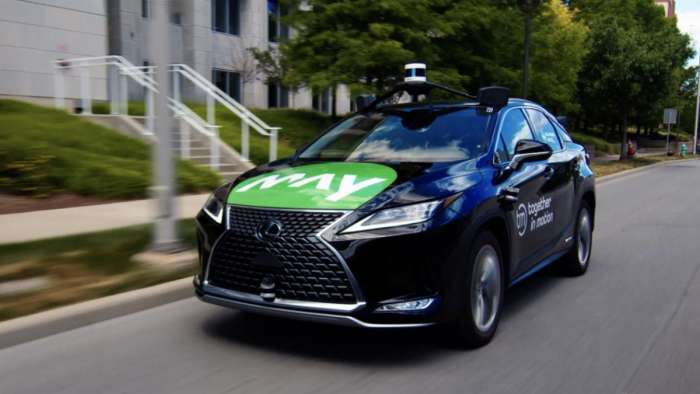 Toyota Steps up Self-Driving Development with May Mobility Partnership

Toyota is ramping up the development of its own self-driving software in partnership with May Mobility. Residents of Indiana got to taste it first.
Advertisement

According to a press release by Toyota, some Indiana residents will now be able to use a few Lexus SUVs which have been converted to self-driving rigs as shuttles for various reasons. One of those rigs will be wheelchair accessible for handicapped residents.

May Mobility’s Vice President of Customer Operations Nicole Kelly said in the press release that May Mobility is always looking for new partners and ways to collaborate. If this means that Toyota could grow its own self-driving technology with the partnership of 3rd party companies, we could start to see a subscription-based self-driving option added to future cars. Tesla also charges a $99 a month fee for its FSD services but interestingly, Tesla didn’t partner with another company to develop its technology.

Now whether or not Toyota will charge a fee for its services or not depends on what they agree with May Mobility. However, the trial in Indiana sounded promising. Here is what the press release said. May Mobility is meant to seek out and find reasons within a community for self-driving cars or shuttles. Speaking of shuttles, these prototype self-driving Lexus’ were sent out as shuttles for nearby residents. Could Toyota be hinting at a taxi service of a self-driving fleet?

According to the press release, the self-driving cars by Toyota used LIDAR as the prominent form of camera-less visibility taking that information to a computer and processing it to possess the knowledge of the traffic ahead. Kind of like Tesla, Toyota was more centered on LIDAR technology and keeping things bulky.

As a matter of fact, the Lexus SUV itself looked really bulky with cameras poking out of the roof and a whole setup on top. Just like Tesla, the Toyota self-driving technology is also a self-learning AI. This means that the more you let the car drive itself, the more it learns and the better it handles. Things like making a U-turn or coming to a stop become smoother after letting the car learn your routes and commutes.

What do you think? Would you be interested in Toyota’s Self-Driving technology? Let us know in the comments below.