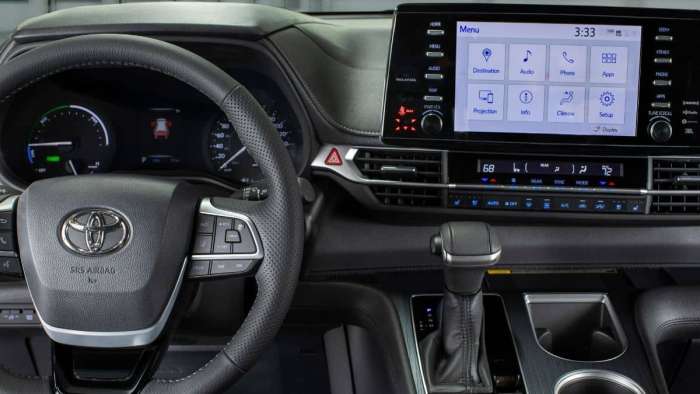 Toyota just turned their Sienna into a luxury family minivan after celebrating 25 years of Sienna.
Advertisement

In the late 1980s and all of the 1990s, a small competition between Japanese and American automakers arose after GM released its Chevy Astro minivan in 1985. Honda was quick to respond with their Odyssey a few years later and Toyota too did not want to be left out of the game and released the Toyota Sienna in 1997.

The Sienna was a fuel-efficient, reliable, and affordable minivan that is currently parked in over 2.2 million driveways as of 2022 according to Toyota. Just like any car, the Sienna had its fair share of problems like transmission issues with the 2016-2020 models and other minor things but other than that it was solid as a tank and could take your family anywhere without hesitation.

Torque News recently got to test drive the 2022 Toyota Sienna Platinum and our team was honestly amazed. We took road drips, took me to my prom, and even tested it on some light dirt roads. It handled like a dream. Surprisingly, the GPS was amazing, and the comfort was off the chart. The power steering felt like one from a Sprinter van and the seats were cushiony and sinkable. It felt like a modern-day conversion van. 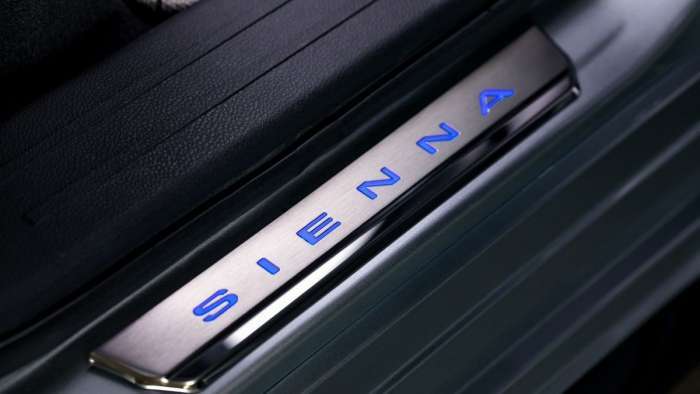 However, after 25 years of production, Toyota announced in a press release this morning that they would unveil a new 25th-Anniversary edition, Sienna. Unlike the other new trims that Toyota made available this week for the Tacoma, Camry, and Tundra, this new edition would not only add some cosmetic effects but also some real hardware as well.

According to the press release, the 25th Anniversary edition will be available only on the XSE trim and would be,” Available dark 20-in. split-5-spoke wheels, bolder looking front, and rear bumpers, black-painted caps, and a sport-tuned suspension.”

The current generation of Sienna already looks really sporty and it boasts a certain aesthetic which after a few hours of think I decided to call, “nighttime perpetual.” Think of this scenario. It’s 10 pm in September. You are in a mid-sized city at night and through your sunroof, you see all the high rises and such. You feel the September breeze, but your current location’s climate allows you to wear summer clothing. Your Sienna has a nice dark color, and the interior is welcoming to such city driving.

It's really difficult the put the exact feelings of the Sienna in writing but that little scenario sums it up pretty well. Toyota says that these new add-ons with the 25th Anniversary edition are not just cosmetic. With this new edition, you also get “front-wheel drive or all-wheel drive and includes the XSE Plus Package, which equips the Sienna 25th Anniversary Edition with roof rails, and Premium Audio with JBL speakers and navigation, wireless charging, and a 1500-watt converter.”

I have no idea why you would need a 1500-watt converter in a minivan but hey, it’s a Sienna. The add-ons don’t stop here, however. Toyota also said they are adding some new colors like, “Celestial Silver, with Wind Chill Pearl as a second color choice. Special black badging and exterior trim, including mirror caps and shark fin antenna, accents the two available exterior colors.” Toyota is really starting to add some black badges to their cars with these new trims on other cars such as the Tundra and Tacoma.

In addition to your blacked-out badges, you get really nice floormats, a custom all-black key fob, and “black leather-trimmed seating with silver-colored stitching, including heated and ventilated front seats with memory.”
So if you want a high-end, fuel-saving, luxury minivan to take your kids to school, the 2022 Toyota Sienna 25th Anniversary Edition is the right choice for you. And don’t worry, I’m sure your kids will enjoy the minor details Toyota added.

What do you think? Would you buy the 25th Anniversary edition? Are you currently happy with your current generation Toyota Sienna? Let us know in the comments below.