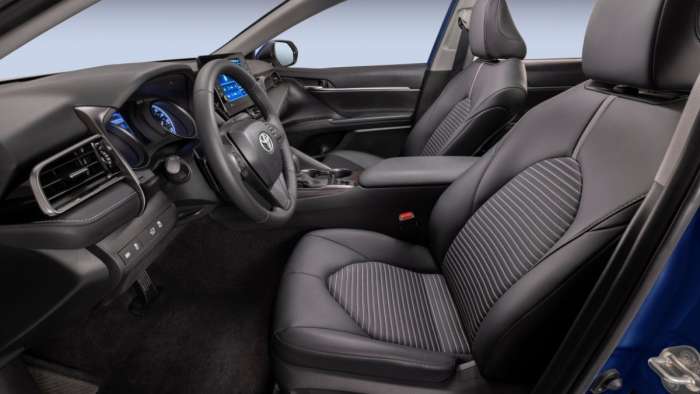 2023 Toyota Camry Nightshade Looks Like Something Straight Out of Star Wars.

With the Venda Nightshade’s debut a few days ago, Toyota puts their pen to the paper and drops the Camry Nightshade.
Advertisement

I’m not the type of driver to base my feelings about a car solely off its looks. However, after getting the notification on my phone a few hours ago saying that Toyota dropped a new Camry, I broke the number one rule of journalism, “never judge a book by its cover.” The styling and aesthetic of the 2022 Toyota Camry Nightshade is just out of this world. We thought the Camry TRD was good-looking, but this new Camry is the exact car Darth Vader would’ve driven or something a Bond villain would. 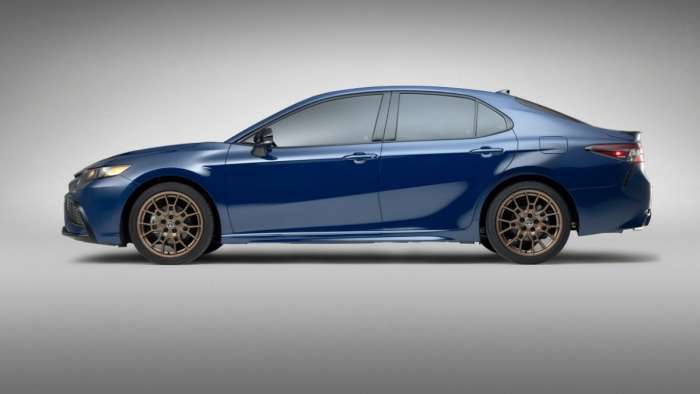 According to Toyota, “The LE Hybrid is the champ, with a manufacturer-estimated 51 MPG city / 53 MPG highway / 52 MPG combined rating.” That’s basically Prius numbers right there. If you might remember, people didn’t want to drive a Prius solely because of its looks. Now you can get the Prius performance without looking like an outlier.

Other safety features include a total of 10 airbags and brake safety like ABS and Electronic brake force distribution.
The 2023 Toyota Camry Nightshade will be built on Toyota’s TNGA-K platform which is made using high-tensile-strength steel. Toyota says that the Camry feels like a “rock-solid” stance on the ground. Fortunately, Torque News has some experience with the 8th generation Toyota Camry TRD which we test drove and could only be described in one word…ostentatious.

The Camry Nightshade not only looks good on the outside, but it also feels good too. Toyota says that the Camry Nightshade will get a really nice soft-touch premium material interior in nice dark earthy colors. However, the XSE trim can also come with a red interior. This is also the case with the TRD trim model.

You can opt for the 7 or 9-inch touch display as your infotainment center which boasts all of Toyota’s cloud services. Looking at interior pictures, it looks like the infotainment system is out of the RAV4 with the software and outer bezzles looking like that of the RAV4.

Unfortunately, there are no new performance packages. You can still get your v6 but you cannot get it in the Nightshade since it is only available on the 4-cylinder engine option. While I wish they would add the v6, the Nightshade name is not really performance-oriented as we saw with the Venza Nightshade. I think Toyota made this model appeal to the cool kids and make it seem not only fuel-efficient but also cool as well. While it doesn’t share the same class of cool as the TRD does, it certainly is in its own class of cool.

What do you think? Should Toyota bring the Nightshade trim onto all models? What Nightshade model would you like to see?

Tesla Contemplates A New Strategy for China Retail even As Sales Boom
Jay Leno on Elon Musk & EVs: “I Think He Should Get ... Credit"
END_OF_DOCUMENT_TOKEN_TO_BE_REPLACED