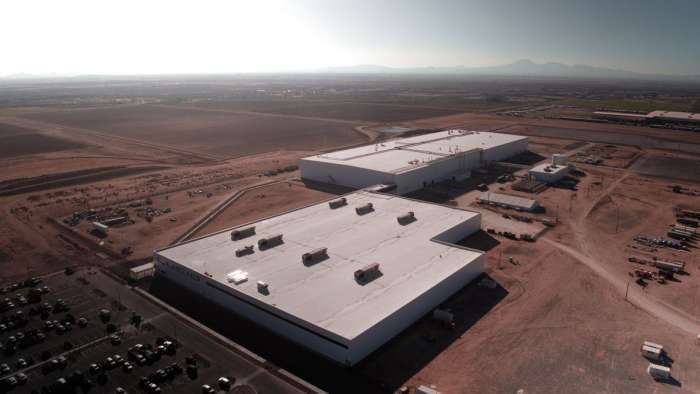 Bear's latest drone film shows Lucid's AMP-1 factory in Casa Grande is a hive of activity with new cars rolling out at a steady pace.
Advertisement

This video comes to us from the excellent YouTube channel Bear's Workshop, and shows Bear's latest fly-by of the AMP-1 production facility captured on January 7th.

Expansion Underway
As we can see from the video, there are three cranes currently assembling new buildings to increase factory's size by 2.85 million square feet and give it the production capacity to match Lucid's goals of producing 90,000 vehicles a year by 2023. The new buildings will house a powertrain plant, stamping plant, and general assembly space, along with other general-purpose buildings.

Unlike some members of one owners' forum, Bear is confident that Lucid isn't moving the cars around the lot to make it look like production is higher than it actually is. Assuming this is the case, Bear counts 63 cars outside AMP-1, with 39 of those being new cars produced since his last fly-by. He also mentions finding three more that were hidden behind a building and obscured from the initial count.

From there, we can see the framework for the building expansions laid out on the ground, as well as the roofing structure starting to come together. 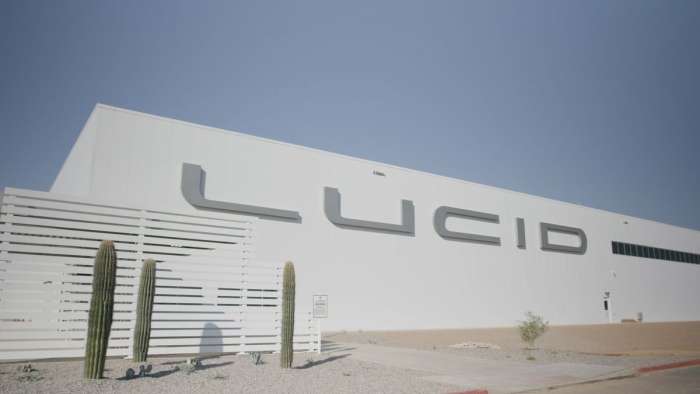 Lucid has set itself some lofty goals for this and subsequent phases of expansion.

Future Plans
Whether Lucid stays hits the targets set by these goals remains to be seen, but the company does have a record of meeting its own objectives. The company plans to expand to Europe and the https://www.torquenews.com/15975/lucid-goes-international-pop-studio-first-deliveries-saudi-arabia in 2022, followed by establishing a Chinese presence in 2023.