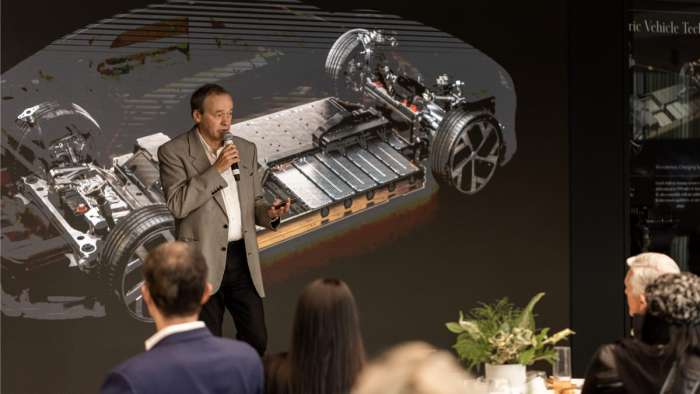 For Lucid and CEO Peter Rawlinson alike, Saturday's Lucid Rally marked the culmination of thousands of hours of work and dedication to a singular goal: building the world's finest electric vehicle. Let's take a look at the life and career of the man behind the milestone.
Advertisement

Vale of Glamorgan to Silicon Valley
Rawlinson was born in southern Wales and attended Imperial College London, emerging from his education with a degree in mechanical engineering. Fresh out of college he took a job with Jaguar, and would eventually rise through the ranks to become Jag's Principal Engineer in charge of, among other things, packaging and crash safety.

From Jaguar it was on to Lotus where, as Chief Engineer, Rawlinson was instrumental in the design and engineering of the featherweight Elise. That car was heavily inspired by the Imola, which he had built with some friends and featured a similar bonded-aluminum construction to save weight and boost rigidity.

Advanced engineering firm Corus Automotive was the next stop on Rawlinson's journey to CEO at Lucid, and it was here that he received a call from one Mr. Elon Musk asking him if he'd be interested in moving to California. Tesla was struggling to deliver on key promises at the time, and Rawlinson was called in to get things back on schedule.

Chief Engineer, Tesla Model S
Rawlinson joined Tesla as Vice President of Vehicle Engineering and Chief Engineer of the Model S in 2010, assembling and personally interviewing the entire engineering team before leading the Model S project from a vaguely-defined set of drawings to a groundbreaking production-ready vehicle. He estimates that around 70% of the patents filed for the Model S bear his signature.

While working at Tesla Rawlinson was approached by a small battery company known as Atieva which was looking to start building EV road cars. Rawlinson agreed to join on two conditions: one, that they would set out to make the world's best electric car, and two, that the company change their name as he felt Atieva sounded more like a yogurt brand than a serious EV manufacturer. The name was changed to Lucid and Rawlinson came aboard as Chief Technical Officer in 2013 before adding the CEO title to his resume in 2019. 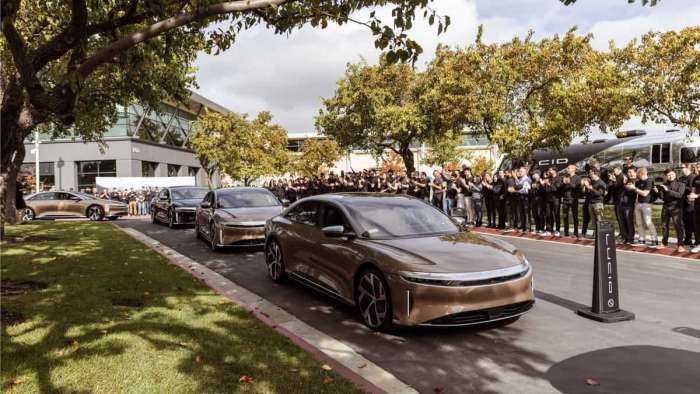 Formula E Battery Supplier
One of Rawlinson's first projects at Lucid was bidding to become the battery supplier for Formula E with the goal of producing a power store that would last for the full race distance. The Formula's batteries were being produced by Williams Grand Prix Engineering and could manage half the race distance with drivers having to make a pit stop to get into a second, fully charged car to make it to the checkered flag.

Lucid wasn't on, shall we say, secure financial footing at the time and to many the idea of bidding to supply Formula E's batteries may have seemed crazy. The gamble paid off, however, and Lucid's 54 kWh batteries eclipsed Williams' 28 kWh offering eliminating the need for drivers to stop and switch cars halfway through a race.

Lucid gained valuable research and design data in the process while Rawlinson proudly states that the series has never had any reliability issues with Lucid's batteries. The crossover of technology and manufacturing processes from racing to Lucid's road cars represents one of the most direct transfers of its kind. 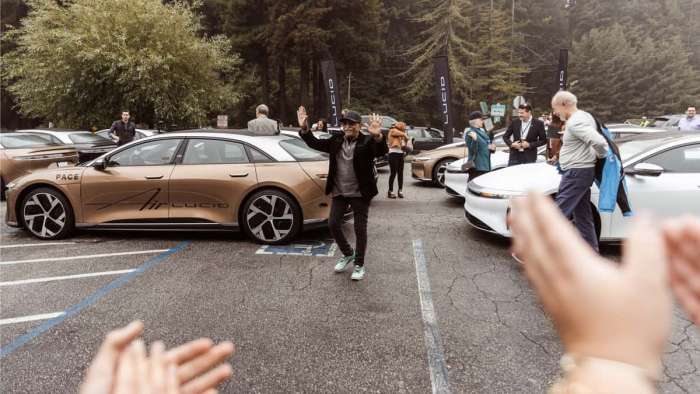 Lucid and Rawlinson Today
So here we are in 2021 with Rawlinson's dreams of building the world's best electric vehicle (by range, at least) come true. The first customers have taken delivery and journalists at large will get their hands on the Lucid Air soon enough. Rawlinson has undeniably taken the fight to his previous employer with Lucid's in-house manufacturing ethos and as-yet unparalleled range. I for one can't wait to see what Mr. Musk and Co. can respond with, as well as the numerous other EV manufacturers stepping into the fray.

What do you think about Lucid's prospects for taking on the world's most valuable car company in their own back yard? Let me know in the comments below and check back soon for all the latest news and analysis of Lucid, Tesla, and the rest of the EV industry.

James Walker is automotive journalist at Torque News focusing on Rivian and Lucid Motors electric vehicles. James is a car nut and journalist with experience in writing, filming, and presenting automotive shows and car reviews. Born in England before moving to Canada he loves twee little sports cars and thundering American Muscle in equal measure. He is also very excited to see what the EV revolution will bring us in terms of performance/driver's cars and everyday transport. Whether it's fast, slow, new, or old, James wants to poke around it and relay his findings in print and on video, ideally with some twisty roads or a track involved. You can follow James on Twitter, Instagram, and LinkedIn.

Tesla Giga Berlin's New Hurdle: It's Not Only the Gov't, but Now Tesla Itself
Teslas Are Sold Out Until 2023, But The Timing May Reverse
END_OF_DOCUMENT_TOKEN_TO_BE_REPLACED