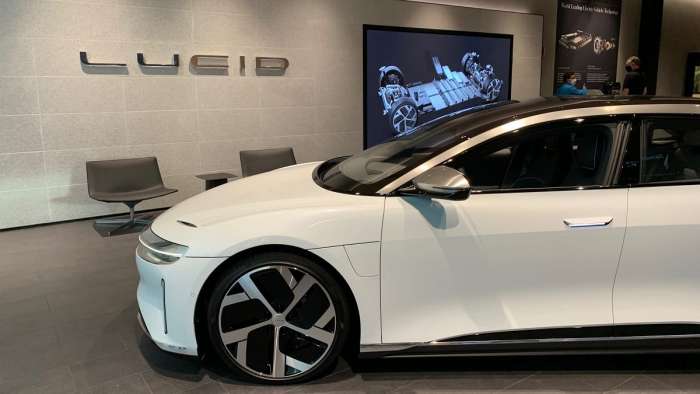 I recently watched an online interview of Lucid Motors CEO/CTO Peter Rawlinson, and Derek Jenkins, their VP of Design, and I got absorbed by their clear and compelling answers about what factors influenced Lucid’s design and their engineering choices, and how they have set themselves up to compete in the quickly growing EV market. One point mentioned was that Mr. Rawlinson would be present for the opening of the new San Jose Lucid Studio this weekend.
Advertisement

Living nearby, I figured that it would be fun to check out the upcoming luxury EV in person. I invited an engineer friend of mine who is also keen on fast cars and new technologies, and after Covid heat scanner screening we got to go inside and look at the new Lucid Air Dream Edition up close.

We were greeted by Ryan, who gave us a detailed tour of the car, from it’s huge frunk (front trunk) to it’s huge glass windshield/roof. He spoke of Lucid’s powerful, yet compact electric motors, and we saw an actual motor with a sign showing that it produced a whopping 670HP/500kW.

He mentioned that the 1080HP Dream Edition model like the one that we were looking at achieved an amazing 9.9 second ¼ mile time, which is nearly the same as some million dollar supercars.

We talked about their 900+volt architecture, and how they could add 300 miles of range in 20 minutes with Electrify America’s DC fast chargers. But seeing that the Lucid Air was potentially getting over 500 miles of driving range, most people would be fine charging at home. And their home charger was cool too, because it has bi-directional capabilities that will enable you to power your house with the Lucid Air’s battery pack when needed. 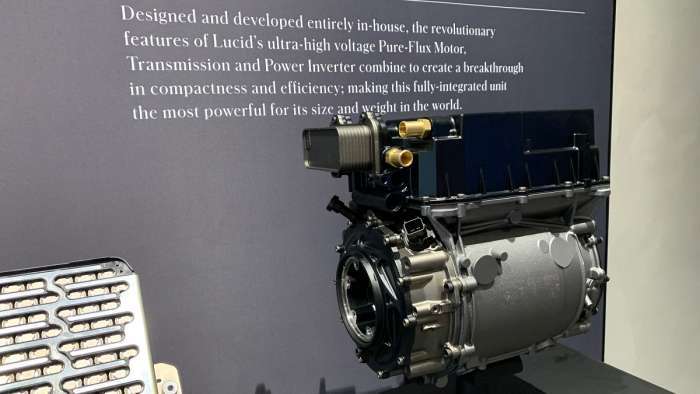 Then Ryan introduced us to Peter Rawlinson (Lucid CEO) himself. He was clearly enthusiastic about what they had accomplished in designing and engineering the Lucid Air, and he asked us what we thought of the car from what we had seen. 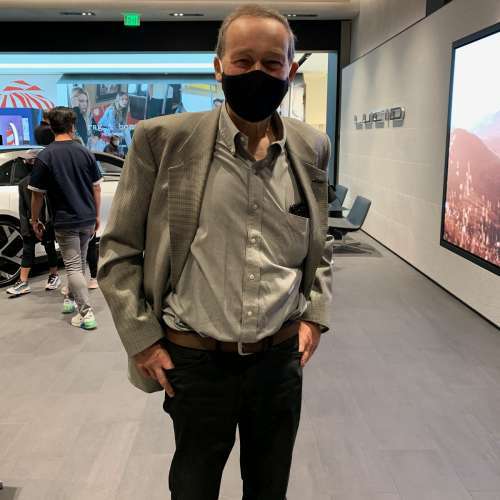 My friend and I were clearly impressed with the car, from its performance and efficiency, to the car’s spacious and well appointed interior. He mentioned that even though Tesla was the most commonly mentioned competitor, their target market was primarily gas-powered, high-end luxury cars, which has long been dominated by Mercedes Benz, BMW, Audi, and others. We talked about the upcoming Mercedes EQS sedan, and I mentioned how the German EVs so far lacked stellar efficiency and EV range, and he talked in detail about Lucid’s efforts in aerodynamics, and engineering, shrinking down components to optimize space. 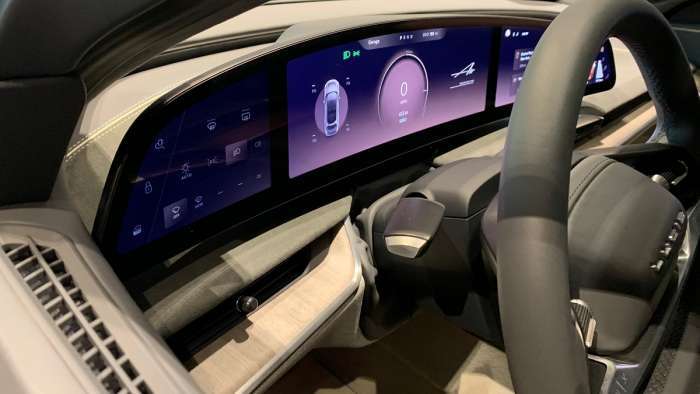 You could immediately see Mr. Rawlinson’s engineering focus when he pulled out some paper and a pen and illustrated how their motor’s innovative square copper stator windings and integrated cooling channels minimized losses and boosted efficiency and performance much better than rival EV designs. You could tell that Lucid’s team had poured over every facet of the car’s design, and that he was very proud of what they had all accomplished. 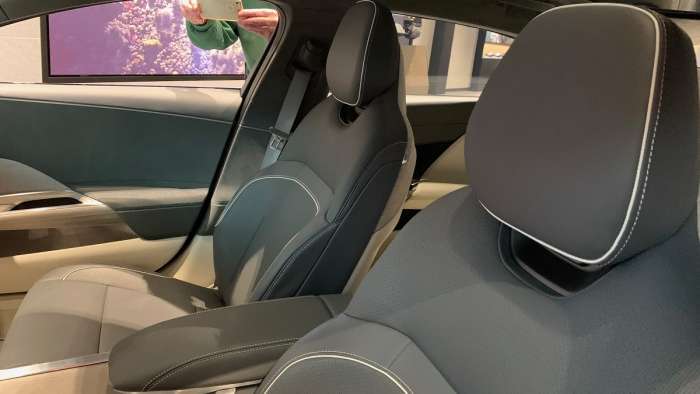 Now Lucid Motors is opening up orders online and preparing to start actual production in their new Arizona factory of the top-end Lucid Air Dream Edition, due out early next year. At $169K for the top model, it’s certainly targeted for more affluent buyers than me, but he explained that it’s a solid, proven model to introduce higher end cars initially, and then introduce more affordable versions over time after the brand is established. 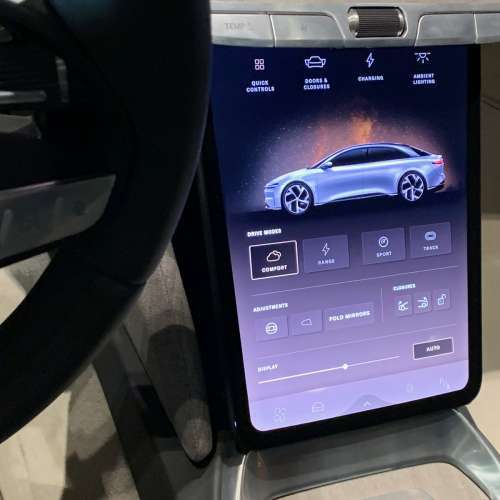 I came away from my Lucid studio visit very impressed. Peter Rawlinson was generous with his time, friendly and open. And you could really see his passion for cars and engineering with Lucid coming out with some breakthrough technologies that are going to surprise traditional luxury automakers. I signed up for a test drive, and I’m excited to get behind the wheel of the Lucid Air someday soon.

John Goreham wrote on November 11, 2020 - 12:28pm Permalink
All I can say is that any EV with a "Pure Flux" motor must have a flux capacitor. And that would make a cool photo!
DeanMcManis wrote on November 15, 2020 - 2:08pm Permalink
Yeah John, the flux capacitor is inside that black box on top of the motor. (..that's actually the inverter)
DeanMcManis wrote on November 15, 2020 - 2:06pm Permalink
When I spoke with Peter Rawlinson (Lucid CEO) he mentioned that he had faced skepticism when he helped bring the Tesla Model S to market (he was the chief engineer). And back in 2011 there were no previously successful EV automakers to refer to, or compare against. Prior to Tesla, Rawlinson was chief engineer at Lotus, and before that Principal engineer at Jaguar. Right now there is little competition in the luxury EV market. The Model S is certainly quiet, powerful and smooth, but few people would say that it compares well against the gas powered high end, luxury models from Mercedes, Audi, BMW, or Lexus. This is a smaller, but profitable market segment, and the Lucid Dream Air is targeting those rivals. Lucid started building their main production factory a year ago, and the first phase of the Lucid Motors manufacturing facility in Casa Grande, Arizona seems to be basically completed now, with production models due out early next year.