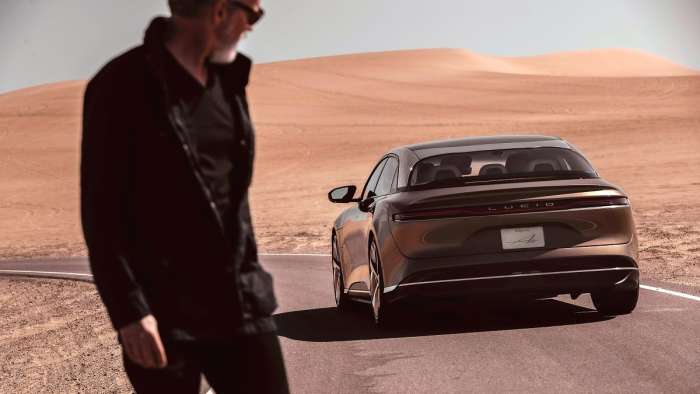 The upcoming Plaid Tesla Model S is expected to be the best performance sedan the electric car world has to offer. Improving on the already supercar rivaling specs of the current Model S, it’s expected to dominate the market for some time to come with no competition in sight. Or so we thought. With the recent launch, Lucid motors have emerged as a formidable rival. Led by CEO Peter Rawlinson, who helped in the body and chassis engineering for the first Model S, Lucid has unveiled the range of their sedan, Lucid Air. Coming in at 517 miles, EPA estimated range, Lucid Air beats the range of any Tesla currently in production.

Lucid Motors is already underway, building and tooling a factory in Casa Grande, Arizona, and production of the Dream edition of the Air is expected to start spring of next year, and completion of the factory is expected to take 8 months, according to the company, making it the fastest factory build in the US. Backed by a 1 billion dollar investment from Saudi Arabia Sovereign wealth fund and with parts from suppliers already starting to be delivered, this time the Lucid Air certainly seems poised to come to market.

So how does this compare with the upcoming Plaid Model S? Let’s take a look at the specs.

With Lucid Air’s independently verified 517 miles range, from a 113kwh battery pack, the upcoming plaid Tesla Model S is unlikely to beat it in this regard. According to a tweet by CEO Elon Musk, the new plaid powertrain is expected to keep the range of the Model S, currently at a record-setting 402 miles, roughly the same while increasing the performance. If this comes true this will be the first time Tesla has lost its crown as the longest range EV. This will be the case at least till the Tesla Semi, Cybertruck and Roadster come to market, all with 500 plus mile range. 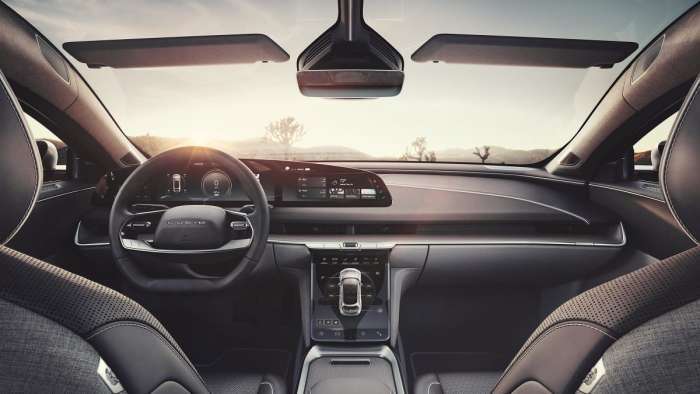 Already, the Tesla performance Model S, with the cheetah mode update goes 0 to 60 in 2.3 seconds, making it the fastest accelerating production car. And the plaid model is expected to be even quicker. CEO Elon Musk going so far as to call the performance and engineering out of this world. We have exact numbers on Lucid’s acceleration coming in at 2.5 seconds 0 to 60 it is a little slower than the current Tesla. But The Dream edition of the Lucid Air completed the quarter-mile in 9.9 seconds which would make it the fastest production electric sedan. But since we still don’t have numbers on the upcoming Plaid Tesla Model S. Guess we’ll have to wait and see who comes out on top here.

Discover the proprietary Lucid EV technology that makes it possible ahead of the global reveal on 9.9. https://t.co/cMSvvspTUb pic.twitter.com/NEvuWHADmx

With 250kw V3 supercharging coming to Model S and X, they are finally on par with Model 3 and Y. This makes them the second-fastest charging vehicle, following Porsche Taycan at 270kw. But Lucid seems poised to compete here too. On the unveiling Lucid claims to have the world’s fastest charging vehicle. At 300kw peak charging and the ability to add 300miles range in 20minutes, it’s certainly faster than anything currently in production. Using a 900volt architecture in its cars, Lucid has partnered with Electrify America to use Electrify America’s 1000volt, 350kw chargers and will provide 3 years of free fast charging.

Still, this won’t be enough to beat Tesla’s supercharger network which is unrivaled in its reach and ease of use. Currently, it has over 1,900 stations in 4 continents, and over 16,000 stalls and new stations are being added every day. Furthermore, there is also a real possibility Tesla might announce faster V4 charging with the plaid powertrain, beating Lucid in both charging speed and convenience. Speaking of of charging, I would like to also mention here that Tesla needs to improve its service to meet mainstream buyers' expectations. 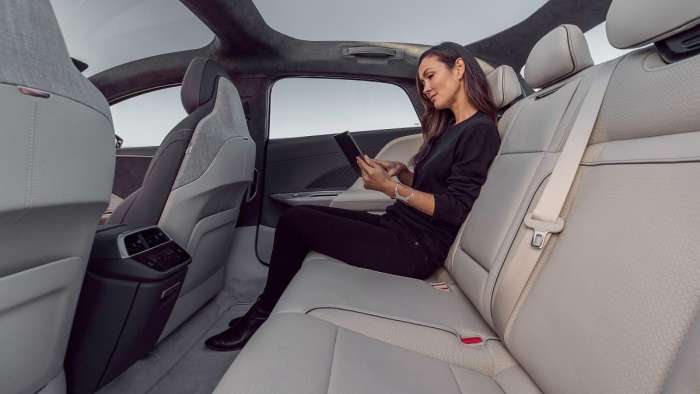 Lucid Air is going to come with advanced driver-assist features with 32 sensors including lidar, radar, ultrasonic sensor, and cameras. This is expected to enable level 5 self-driving, progressively moving through the levels with an over the air update. But this might be late on arrival with the release of Tesla’s full self-driving feature fast approaching.

Elon Musk says to expect a limited release of full self-driving features in the next few weeks and that it will be a “quantum leap” with a fundamental architectural rewrite of the autopilot software. Elon Musk also claims he is able to drive from home to work with almost no intervention in the latest alpha build of the autopilot software, making autonomy most likely a clear advantage for Tesla. 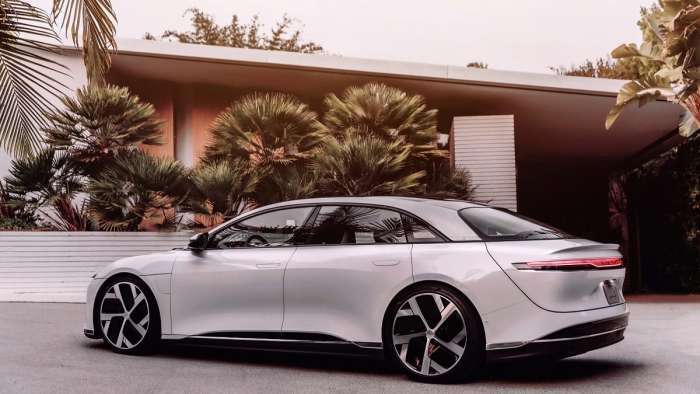 The final design of the Lucid Air has been unveiled and it comes in 3 colors eureka gold, stellar white, an infinite black. The design is similar to the gorgeous alpha prototype the company showed back in 2016. The final design of the plaid Tesla Model S has not yet been revealed, but it doesn’t look like it’s going to be radically different from the current Model. The plaid version of the Model S was spotted testing in Nürburgring in 2019, and it had versions with a giant wing and rear diffusers, a wider body, and a slightly different front fascia with a bigger air intake. 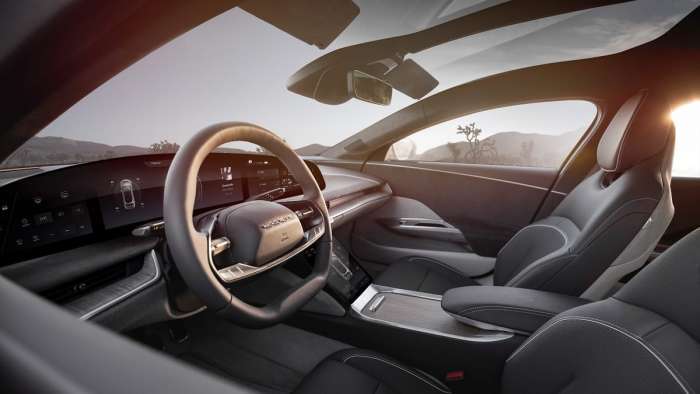 By some, Tesla’s interior is still considered not on par with other luxury offerings from Mercedes, BMW, and Audi but there is still a lot to be said for the clean aesthetics of the Teslas. On the other hand, on the Lucid Air we can see a more traditional luxury design ethos coupled with the benefit of the economy of space of EVs. Lucid says the Air will have the largest interior space for its class while having smaller dimensions.

The cost of the plaid Tesla Model S is currently unknown but according to Elon, it’s expected to cost more than the current performance Model S which starts at $94,990. Lucid Air on the other hand is expected to start at $169,000 for the top of the line, limited edition, Dream version, at least initially, till they produce cheaper versions which range from below $80,000 for the base version and 139,000 for the 517miles Grand Touring version. But even then with Tesla’s advantage in economies of scale and their rapid improvement in manufacturing, it’s unlikely the 517-mile Lucid will beat the price of the plaid Model S. 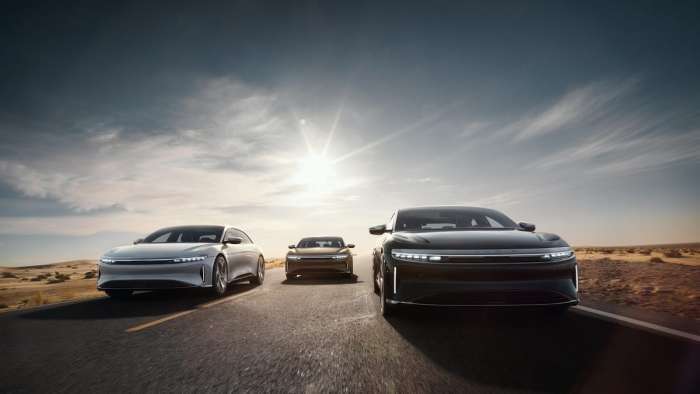 Overall, both seem to be really exciting cars. The 517 miles range of the Lucid Air has us wondering if Tesla might lose its longest-range crown, at least for a while. And will Tesla announce V4 chargers to beat Lucid Air’s 300kw charging? Can Tesla improve the performance enough to beat Lucid's 9.9 seconds quarter-mile record? Lucky for us with the Lucid Air having been launched on September 9 and Tesla’s battery and power train day happening on September 22, we won’t have to wait long to find out. September is certainly going to be an exciting month.