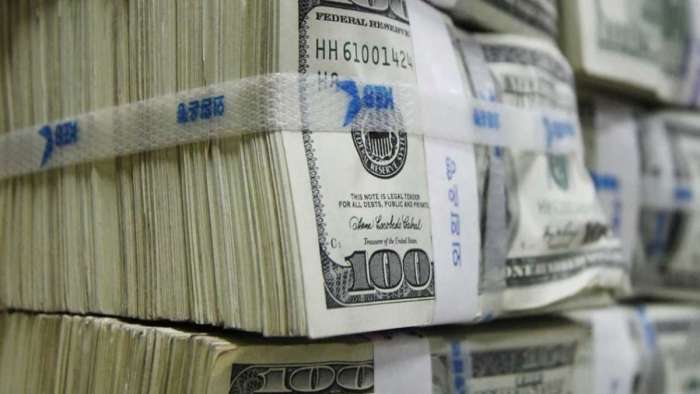 Tesla stock has been on a tear lately and it's possible now that Tesla could reach a 3 trillion dollar market cap in the next 5 years as other rental and ride sharing car companies order Tesla vehicles and use their autonomous software. Let's take a look!
Advertisement

One of the lesser known Tesla personalities is "Dr. Know-it-all Knows it all" from YouTube who talks a lot about Tesla and the future of technology and investing.

A Deeper Reason for Tesla's Valuation

There was an order for 100,000 Tesla Model 3's from Hertz which is causing an around 11 month delay from the standard range Model 3. Dr. Know-it-all believes that the delay is mostly due to the Hertz Model 3 deal. Tesla could be getting cars from Giga Shanghai as well.

Why is this something that shouldn't have affected Tesla stock? Tesla is massively supply constrained. Another 100,000 cars being ordered isn't going to accelerate the stock. 100,000 cars where the company can't deliver the car should have been a downside to the stock. But the stock market doesn't think this way.

There were upgrades and stock upgrades from analysts and Hertz is paying full price for the vehicles - $45,000 per vehicle. Tesla did not cut Hertz any kind of deal for buying in bulk. Dr. Know-it-all thinks that Tesla may stagger 10,000 vehicles per month for Hertz in 2022.

If supply constraint is a problem, why should Tesla be worth 3 trillion dollars in market cap?

Warren Redlich replied to a Tweet from CK GOOGLE that said this:

Hertz is going to advertise for Tesla. You are going to see Tom Brady ads promoting Tesla at every US airport and Hertz car rental location... Meanwhile, GM is partnering with Nikola...

Warren, what's your take on $HTZZ? Seems like a hugh opportunity. They are essentially buying 100,000 future robotaxis and could become a huge player in the TAAS market by 2025 if Tesla succeeds with FSD.

Dr. Know-it-all thinks that is a good point. Tesla and Hertz stock should go up right now. Hertz is ordering a fleet of cars that will become robotaxis in the future. Because they are electric cars, they should last longer than normal cars. Rental car companies are supply constrained and cannot buy cars right now as well. There will be bigger return on investment by keeping the cars.

People who are buying fleets of electric vehicles that become robotaxis allows a company to instantly have a fleet of autonomous vehicles. That allows them to diversify from a car rental company to a new "Uber" with a fleet of cars that can drive themselves.

This takes the pain out of the rental process where people can rent a car on demand instead of needing to hold on to a car to rent it and deal with a ton of time and paper work to make it happen.

Hertz will be renting out their cars by the minute, but there is also a high likelihood that Tesla will be taking a cut of the revenue from the robotaxis. It will also give traction and legitimacy for robotaxis when they come out. All of this is a huge positive cycle.

All of this is great. The last positive news for Tesla will be the 100,000 cars driving around that are Tesla's. People will rent the Tesla and be able to drive and experience the vehicle. That is going to cause people to want to buy more Tesla vehicles.

Dr. Know-it-all thinks Tesla needs to build another Giga factory soon to keep up with the demand!

What do you think about Tesla getting to a 3 trillion dollar market cap? Will they get there because of the robotaxis and autonomous driving? Will it be because of the exposure from people renting Tesla's?

Tesla Giga Berlin's New Hurdle: It's Not Only the Gov't, but Now Tesla Itself
Teslas Are Sold Out Until 2023, But The Timing May Reverse
END_OF_DOCUMENT_TOKEN_TO_BE_REPLACED