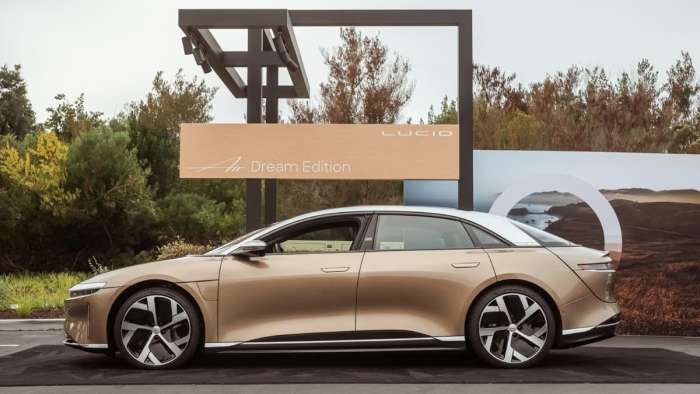 The first customers have taken possession of their Lucid Air Dream Edition sedans at a landmark event in northern California.
Advertisement

Lucid isn't saying exactly how many of the 520 Air Dream Edition sedans are being delivered at today's event, though from what we've seen on social media it looks like a couple of dozen at least.

With the rally's route remaining a closely-guarded secret (likely to evade an army of car spotters) we'll have to wait a little longer to see owner-driven Airs on the road. The rally, according to Lucid, will cover some of the best driving roads in the San Francisco Bay Area and demonstrate the dynamics of the brand new vehicles.

Customers were treated to breakfast at the event before taking possession of their new Air EVs in front of a cheering crowd of Lucid employees. Check out some of the coverage from Twitter, and make sure to check back soon for all the latest Lucid news.

“This is a big day. We always said until we’ve handed cars to customers, we haven’t achieved a damn thing.” – CEO Peter Rawlinson. pic.twitter.com/8gVy0eK7eS