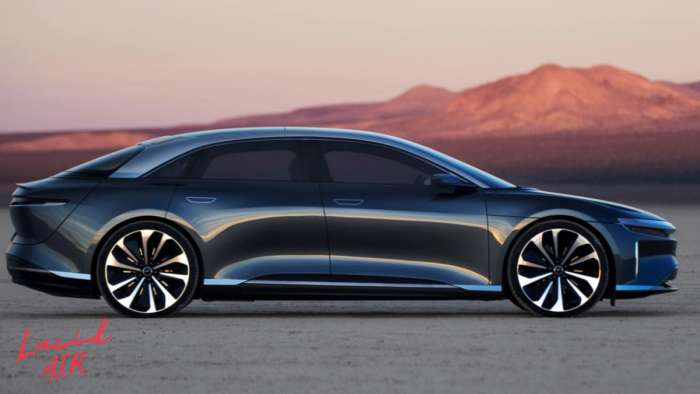 Lucid Motors Will Give Tesla A Run With Announced New Features

Tesla motors is the pioneer of the first commercially viable electric car. When something new comes out everyone wants a piece of the action. Take a look at what Lucid motors is doing to beat Tesla at their own game.
Advertisement

Chief Engineer for the Model S platform Peter Rawlinson has been the CEO of Lucid since 2019. He has seen the rise and fall of a few different electric car companies, but we all learn something through failure.

Lucid Motors has a mission to dismiss Elon Musk as king of the EV world and become the new supreme leader. What is their plan? Outwit the richest (and potentially most innovative) man on the planet by using technology.

Lucid Plans For On Board LIDAR
Lucid motors want to build the best car in the world. Every time I hear that I think about dollar signs and complicated technology that only engineers understand. Nevertheless, it is coming, and we cannot stop it. 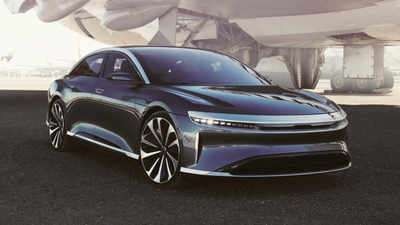 Lucid plans to use LIDAR as one of the ways to compete with the Tesla train. What is LIDAR, you ask? According to NOAA, Lidar is: Light Detection and Ranging is a remote sensing method that uses light in the form of a pulsed laser to measure ranges (variable distances) to the Earth. These light pulses—combined with other data recorded by the airborne system — generate precise, three-dimensional information about the shape of the Earth and its surface characteristics.

How Will This Benefit Lucid?
There is a myriad of ways LIDAR can be used. As an example, it can be used for distance-controlled cruise control. Laser cruise already does that, but that is a one-function system typically.

What if you could sense pits in the road and avoid them? Or what if your car could see a huge puddle on the road and slow down accordingly? Let your mind run wild because using LIDAR on board will open a whole new world for driverless vehicles.

Conclusion
I do not doubt that Tesla is either working on or will use LIDAR in some capacity in the future. Compared to Tesla, Lucid is tiny, but they are out to prove something.

I think Lucid will be considered the refined Tesla, seeing how Peter Rawlinson was the chief engineer of the Model S. but then again, this could all be speculation. I think there are some massively exciting things ready for the future.

That is all for today. Remember, today's adventure is tomorrow's story. Have a great weekend, and hopefully, I will see you in Vegas at SEMA.

What does 3 EV car companies mean for the United States? Check Here.

Alan Mark wrote on October 30, 2021 - 6:02am Permalink
Thanks for sharing great content, which is very important for us about the car engines

LG's New EV Battery Plant Is a Welcome News for Tesla
Tesla Giga Berlin's New Hurdle: It's Not Only the Gov't, but Now Tesla Itself
END_OF_DOCUMENT_TOKEN_TO_BE_REPLACED