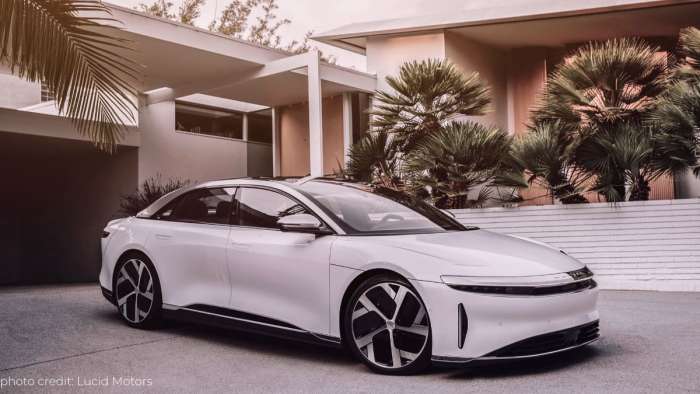 Rivian, Lucid Or Tesla - What People Will Choose And Why

Times have changed. The days of gasoline and diesel reining as the supreme leader is slowly seeing the end on the horizon. What will this mean for the future of EVs? Tesla, Lucid and Rivian are emerging as a new type of transportation. Let's take a look at what people will choose and why.
Advertisement

Tesla is the leader in EV car production these days, no doubt. As the world begins to change, what are people going to drive? I am not a conspiracy theorist, and I fully believe that we may never see cars like in Minority Report, but it does get me thinking.

There are now 3 major U.S. car companies poised to be the new kings of transportation, but the question is who will drive what? I have a theory on all of this, and like Minority Report, I do not think it is very far-fetched.

What Will People Drive In The Future
3 car companies compete for the current leader spots in the U.S. Tesla, Lucid, and Rivian. GM, Ford, and FCA are the contenders that either need to rewrite their history or gracefully step down.

As we transition into a new EV world, I think that our current big 3 will have bet too long on the wrong tables and find themselves at a losing end of a vast market.

It is only speculation, but if GM, Ford, and FCA were actually serious, they would be doing much more to push for EV adoption. GM especially would be paying more attention to the research and development too.

The Volt and Bolt could have been at the forefront of a massive movement into EV adoption for GM. In true GM fashion, though, they messed that up too. Canceling the Volt and overlooking serious safety on the Bolt was nothing short of a missed opportunity. But hey, they sold some cars, right?

GM is now upset that Rivian is taking their "skateboard" idea and running with it. Yeah, I have seen the new GM commercial with the "skateboard" idea brought back, but I have been burned by GM too many times now to think it will happen.

Ford is clever though, they own 5% of Rivian, and I could see that pulling them through when times get tough. FCA, well, if there was ever a black sheep in the family, it certainly is that company. Nothing but horsepower and mullets for them. Good on ya all; I guess if you know you are going down, at least you are doing it in style.

Conclusion
People in the future will be much like the drivers of today. Some will drive Tesla, Rivian, or Lucid (the new big 3). There will always be feuds over who is better at doing what; that will never change.

The only thing is people will flock to what car company defines them much like today. Toyota defines me and my personality; what car company will be my choice in the future? Not sure, but I can tell you there is an EV in my future.

That is all for today. Remember, Today's adventure is tomorrow's story. Have a great one.

Hybrids still have a good use case. Here is why.

jg wrote on November 9, 2021 - 11:26am Permalink
Your "analysis" of "FCA" should be revised. Stellantis has 15 brands in 30 countries (130 markets, they claim) and 300,000 employees. They, like everyone else, are working toward electrification and will likely be able to pull from resources not available to other manufacturers (I'm sure your mullet comment centered around Ram and Dodge, but Jeep has a huge following and they'll figure out how to get enough range wedged in those to satisfy off-road needs). I think you'll see VW (including Audi, Porsche, and their other brands) pull ahead of everyone else short term (globally), but with Tesla's recent global push -- maybe not them. Personally, I think it's all irrelevant since in the end, personal preference and style will dictate what's right for you. The Volt was always seen as a "transitional vehicle", but was used to heavily influence the safety and design of the Bolt (along with the major competitor at the time, the i3). Toyota has had a similar strategy viewing BEV as a transitional technology on the way to hydrogen fuel cell vehicles. The BZ4X (and Solterra) is them "giving up" to satisfy the near-term market needs. If they can get people onboard with hydrogen, I'm sure they would gladly kill their brand new EV.

LG's New EV Battery Plant Is a Welcome News for Tesla
Tesla Giga Berlin's New Hurdle: It's Not Only the Gov't, but Now Tesla Itself
END_OF_DOCUMENT_TOKEN_TO_BE_REPLACED